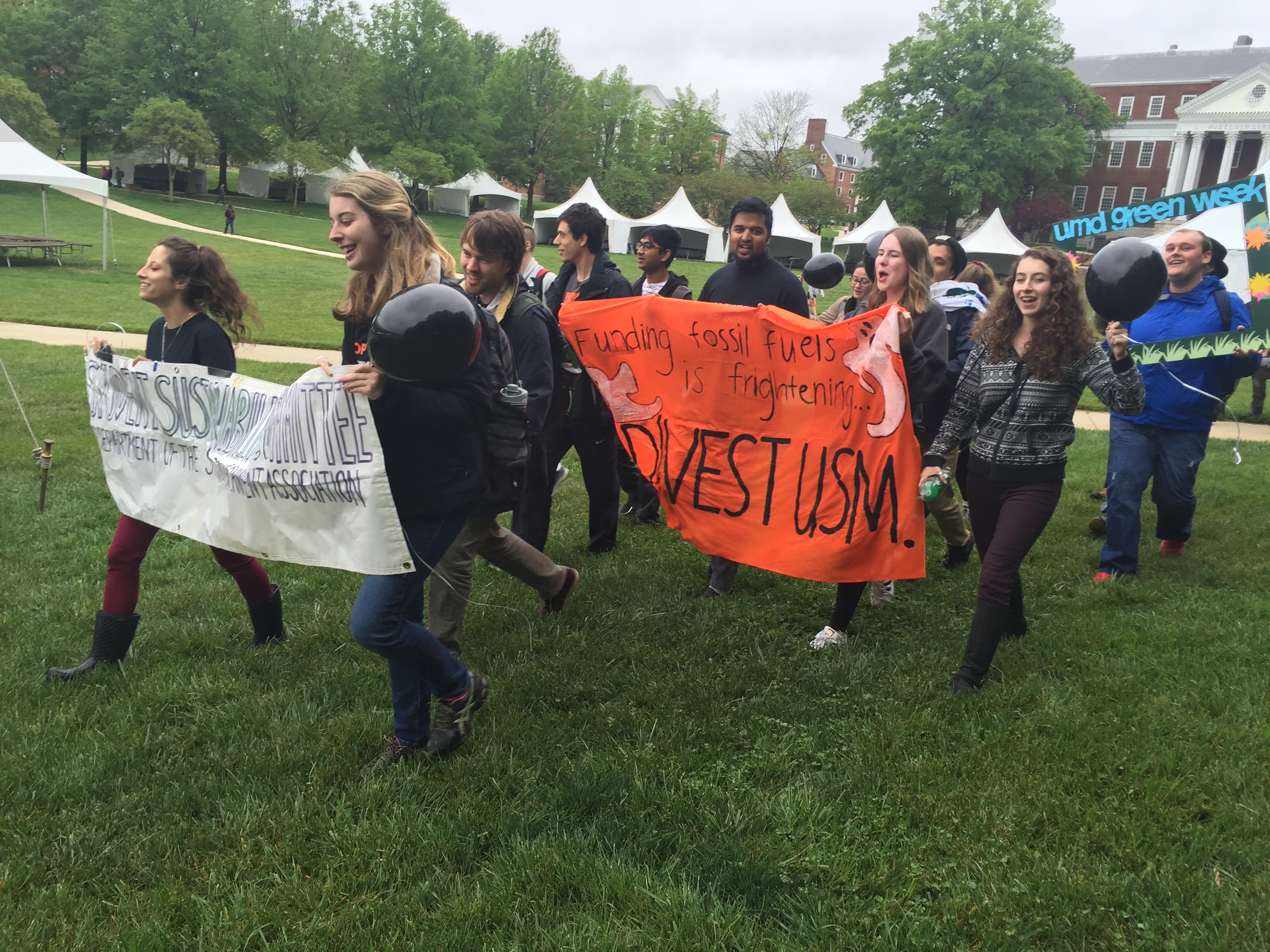 Almost a year after a University System of Maryland Foundation committee created formal recommendations to divest from fossil fuels, it hasn’t committed to a deadline and has refused to release its progress to the public.

The foundation, which oversees investments for the University System of Maryland’s 12 institutions and 11 other institutions affiliated with the system, formed an ad hoc committee in May 2016 to evaluate a proposal created by the student group Fossil Free MD to divest from fossil fuels.

The committee agreed to five initiatives that promote socially responsible investing, but none that would decrease the foundation’s investment in fossil fuel companies.

The foundation’s endowment pool was $986 million in June 2015, according to its website.

About 2 percent to 4 percent of the endowment is currently invested in fossil fuel companies, declining from about 7 percent in 2014, said Maya Spaur, director of Fossil Free MD.

However, Spaur said this is likely caused by market forces, rather than student advocacy, because fossil fuel companies’ stock prices have been declining. If left to economic forces, it could take 30 to 40 years for the foundation to completely divest in fossil fuels, Spaur added.

Despite repeated requests for updates from Fossil Free MD, the foundation has not committed to a deadline to divest from fossil fuels, nor detailed its progress on the five measures.

The foundation said it couldn’t provide data to Fossil Free MD because it could violate confidentiality agreements and because it had no way of knowing how much of its money is invested in fossil fuels, said senior individual studies major J.T. Stanley, a member of the student advocacy group.

[Read more: Fossil fuel divestment will only hurt us]

Fossil Free MD issued a public letter in April to the foundation. The letter requested an update on the foundation’s progress and for more transparency and accountability so donors could know if their money is going toward fossil fuel companies.

Spaur said the system has fallen behind other university systems in a national movement toward fossil fuel divestment. Fossil Free MD said more than 706 institutions — from faith-based organizations to government agencies — have committed to divestment from fossil fuels. Fifteen percent of these are educational institutions, including the University of California system and University of Massachusetts system.

The foundation also declined a request by Fossil Free MD in 2013 to study the feasibility of fossil fuel divestment, Spaur said.

“They haven’t really done their part as far as making sure we’re on the same page and making sure that we can we can see that they’re really trying to realize their commitments,” said Willem Klajbor, a director of the SGA sustainability committee.