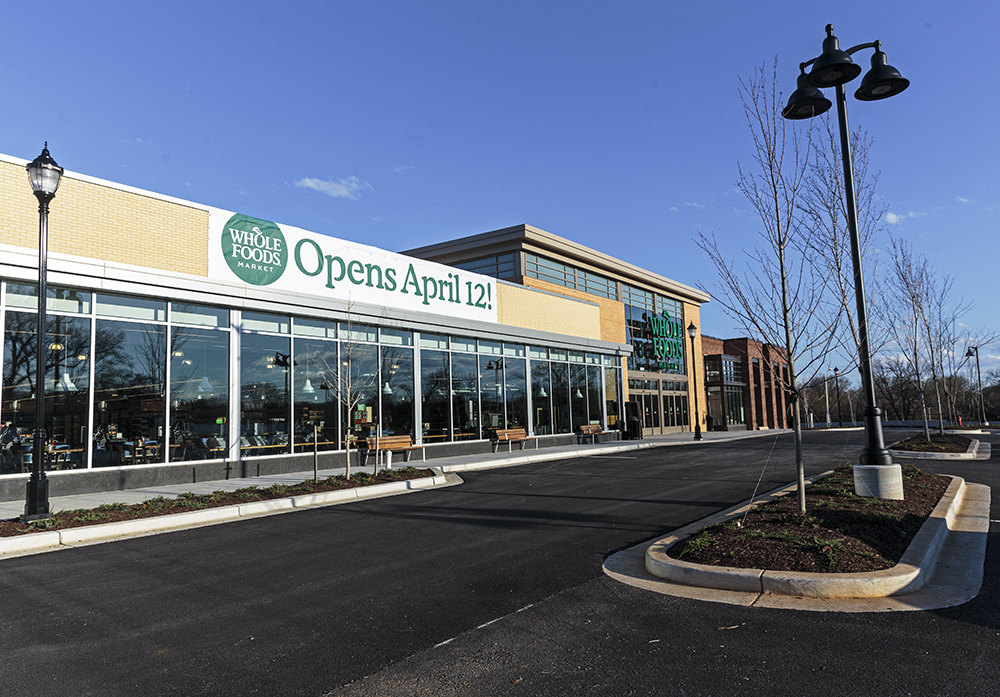 The 40,000 square foot supermarket is located at 6621 Baltimore Ave. within Riverdale Park Station, about 1.5 miles from the University of Maryland campus. The property will not only expand grocery options for university students, faculty and nearby residents, but also act as a “community partner” within the county, said Prince George’s County District 3 Councilwoman Dannielle Glaros.

The U.S. Agriculture Department has previously designated parts of College Park and other areas of Prince George’s County as food deserts, or regions that lack easy access to fresh food, largely due to a shortage of grocery stores.

“It’s a huge deal to have a quality supermarket like Whole Foods come into the community,” Glaros said. “Residents across the county are excited. The majority of employees at their store here in Prince George’s County will be county residents.”

Many of the store’s employees are transfers from other Whole Foods locations in Washington and Montgomery County, and are excited to be closer to home, Pia daSilva, the store’s team leader and 2002 alumna of this university, said.

The new store will also sell products from various Maryland companies, including local businesses such as Honey Glow, a line of skincare products made from beeswax and other natural materials, which will launch in this store.

“I was so excited when Whole Foods posted that they wanted somebody local,” College Park resident Therese Forbes, a Honey Glow co-owner, said. “Beekeeping has become new thing to do … so when Whole Foods was looking for local vendors I felt like this was my door and that this was it — I was ready.”

The Whole Foods essentially anchors this development complex, Glaros said, but it’s “really just the beginning of a lot openings and new businesses coming over there.” Confirmed tenants of the shopping center include District Taco, Starbucks, Jersey Mikes and a Gold’s Gym.

Along with retail spaces, the center will include a Hyatt House, a boutique hotel designed for extended stays, as well as 119 townhouses developed by Stanley Martin Homes.

[Read more: Route 1 is getting a vintage fashion boutique and Halal restaurant]

“The first step was to get the Whole Foods open and running,” Glaros said. “We have townhouses being built, those are actually rapidly selling … I think you’ll see more tenants over the rest of this year definitely into next year.”

This development will also be directly connected to this university’s Discovery District — a 150-acre area surrounding The Hotel for business and research ­­­— as construction for a bridge designed for pedestrians, bicyclists and cars, is underway, Glaros said. The bridge will run from Rivertech Court, near the new site of the College Park Academy, to the new development complex, and is anticipated to open late fall, she added.

“[It’s] a pretty exciting connection to be able to connect the University of Maryland’s Discovery District [and] the College Park Metro station to this project, and for our people to be able to flow back and forth, east and west,” Glaros said.

“We see Riverdale Park Station as an integral part of the Greater College Park initiative,” Ulman said. “Having a Whole Foods sends a message to the outside world that this is a place on the move; this is a place worth looking at, worth investing in.”