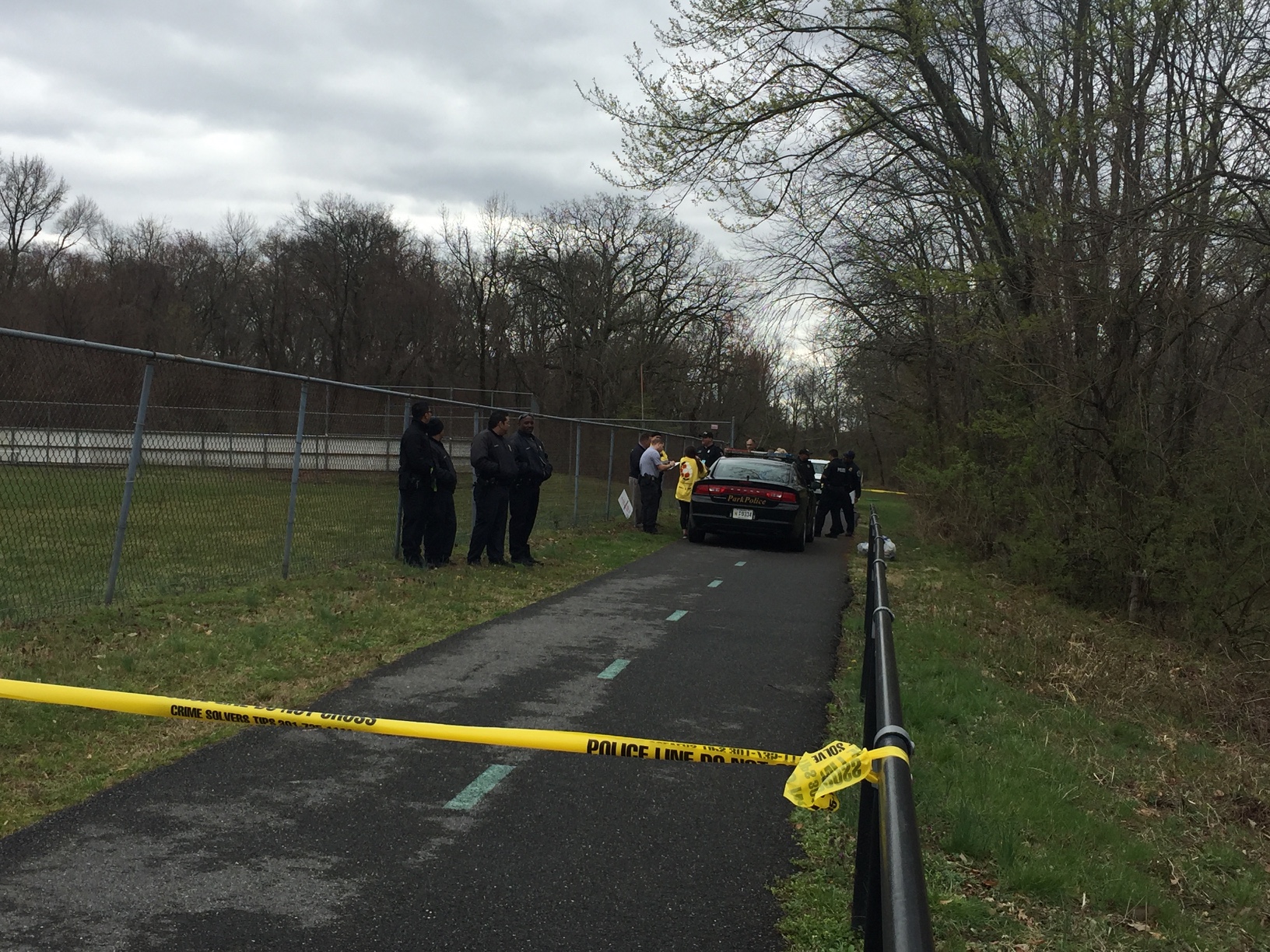 The body has not been identified.

Students discovered the body at 9:30 a.m. while volunteering for Good Neighbor Day, a local community service event. About 10 officers responded to the scene.

Individuals volunteering near where the body was found met with University Police to discuss campus resources related to this type of event.

“We are making sure that those who were involved know of the resources available to them that the campus has to offer,” University Police spokeswoman Sgt. Rosanne Hoaas said. “We’re making sure everyone is OK.”

Police are launching a death investigation, and are not ruling this as a homicide, said Lt. Tracy Lieberman, spokeswoman for the Prince George’s County Division of Maryland-National Capital Park Police.

Investigators are interviewing the students, and will not have further information for at least a day, Lieberman said.

One of the students involved in the cleanup, freshman Abigail Peters, an architecture major, located the body after spotting a jacket in the water and sought to remove it.

“I tried to pick the jacket up out of the water, but it was stuck on something so I asked someone to help me to get it out and it was extremely heavy,” Peters said. “I peeled back some of the fabric to see what was underneath, what it was stuck on and so I saw this like very stark white material, I wasn’t sure what it was.”

After realizing the figure represented a body-like shape, Peters informed the park ranger working on the project, who told her to call the police.

“I was kind of shocked,” Peters said. “Things like that don’t freak or gross me out at first, but I think it hasn’t really hit me yet that it’s a person and not just something in the water — it’s very scary.”

The body will be transported later today to the medical examiner’s office in Baltimore.

“I know we don’t know much about what exactly happened, but anytime something like this happens it’s sad,” College Park Mayor Patrick Wojahn said. “My heart goes out to the family and the person, and hopefully the police can investigate and find out what happened.”

This incident is still under investigation by Prince George’s County Police. Individuals with more information are encouraged to contact police at 301-352-1200.

This post will be updated as more information becomes available.

CORRECTION: Due to a reporting error, a previous version of this article stated students who uncovered the body spoke with Sgt. Rosanne Hoaas. They spoke with members of University Police, but not Hoaas. This article has been updated.