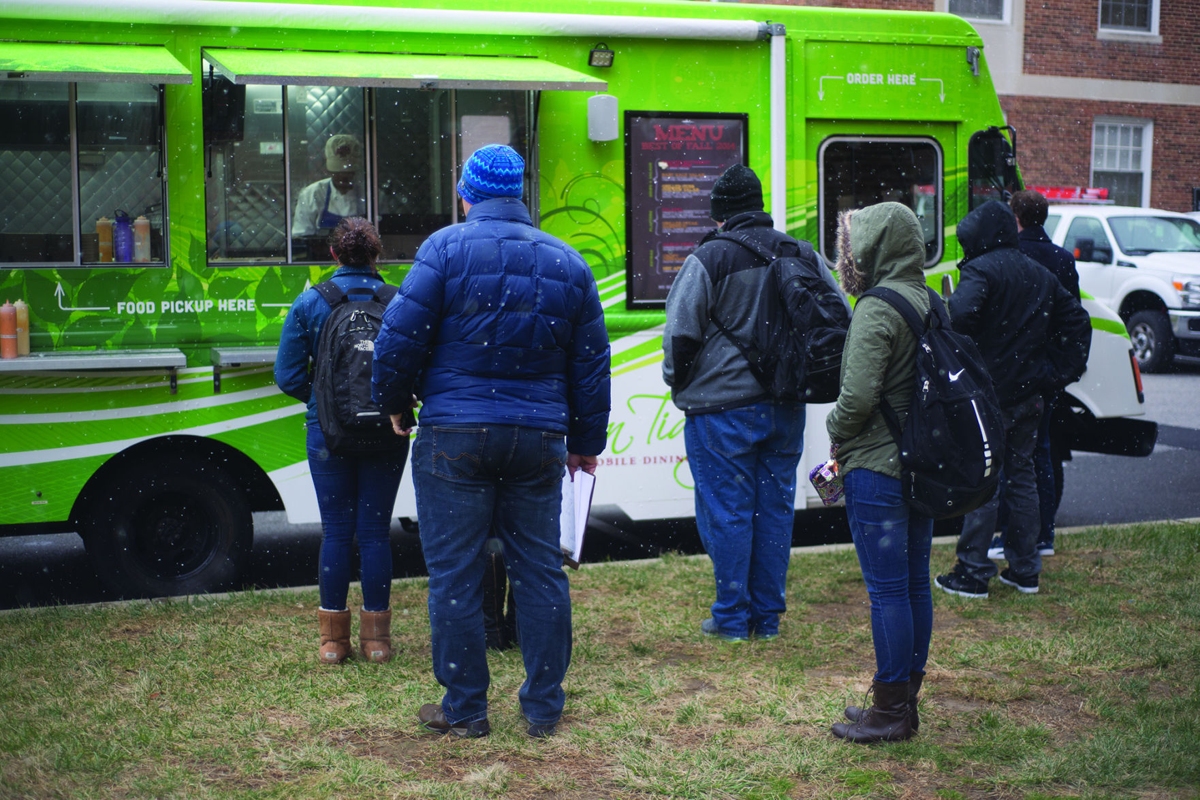 After a seven-month hiatus, the Green Tidings food truck returned to the University of Maryland campus Monday.

By the time it opened around 11:45 a.m., students and faculty had lined up outside, eager to place orders for the local, sustainable dishes the food truck is known for. Pedestrians paused on their way past the Main Administration Building to check out the menu, which included rigatoni with beef ragout and a veggie burrito.

“It’s just nice to have another dining option where the food is seasonal — it’s fresh,” said Tee Leathers, an arts and humanities academic advisor. “It was definitely a missing presence there for the past few months.”

The truck has developed a following among the university community, Hipple said, which made the department eager to get it up and running again.

In Green Tidings’ absence, several other food trucks have come to College Park, offering everything from quesadillas to chicken and waffles. But those trucks remain along Route 1, which is why Leathers prefers Green Tidings.

“When you’re pressed on time and you can’t walk all the way down to Route 1 from the core of campus or the far end, it’s nice to know that this is another option,” she said.

Junior Paul Jeon tried Green Tidings for the first time Monday. He said he usually buys on-campus meals at Stamp Student Union, but stopped when he saw the truck.

Food at this university is “centered around Stamp and the dining halls … but there’s nothing by the academic buildings except for the small cafes,” said the mathematics and mechanical engineering major. “You don’t always want to get that, because it’s just repetitive at some point.”

Junior information science major Luan Pham was also a first-time customer of Green Tidings, and said he enjoys food trucks in general, because the food they offer is different from the norm.

“If you go to a place where you sit down and eat, you kind of know what the menu is there, but a food truck can just kind of show up,” Pham said.

“Part of the food truck being different than anything else we do on campus is the opportunity for it to be a little more spontaneous — about what the menus are, about what the locations are,” he said. “We enjoy that opportunity, and we think our customers like it too.”