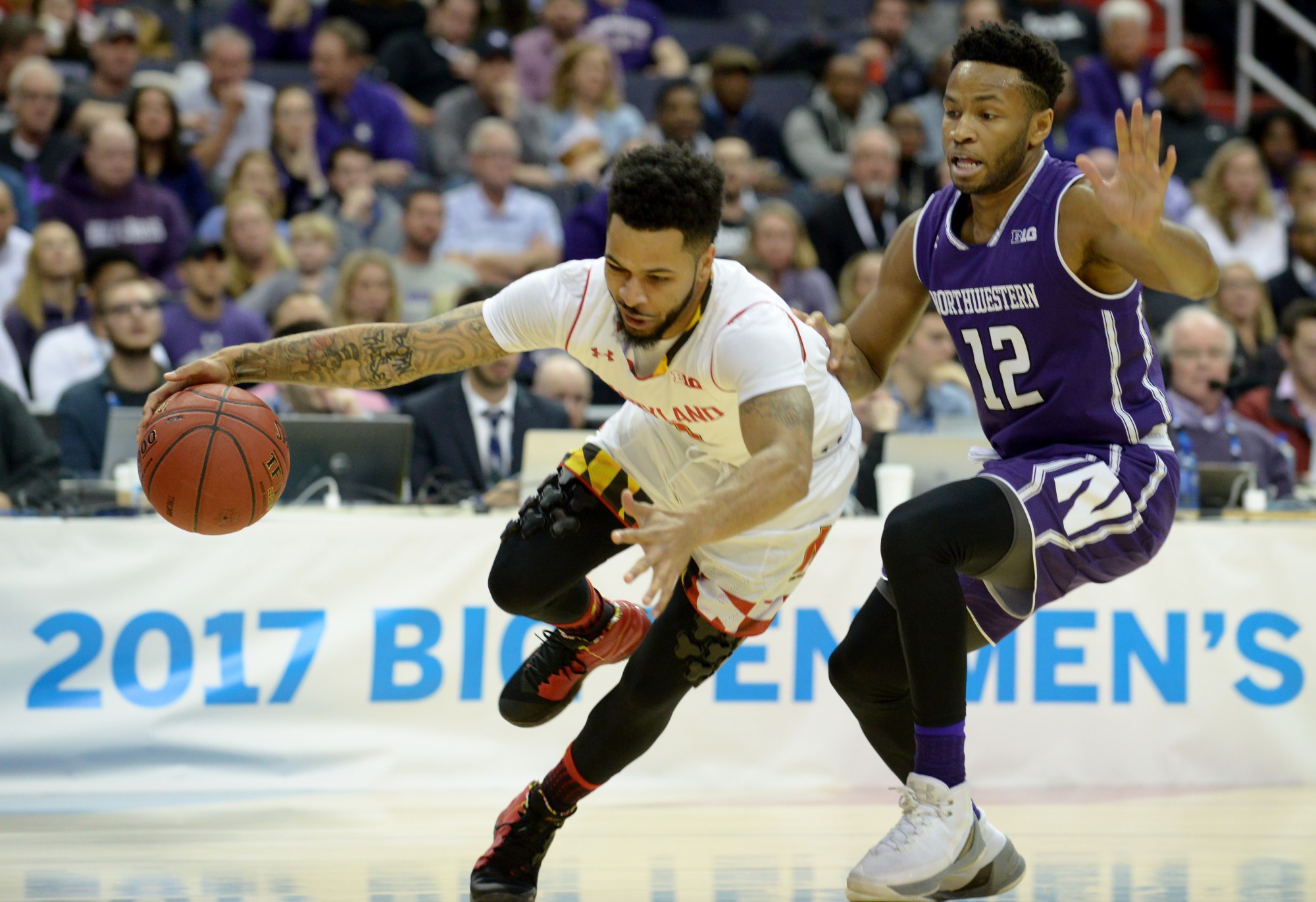 The Terps would compete away from College Park, where they won 11 of 13 games this season, while playing in front of what he expected would feel like a home crowd at the Verizon Center. Earlier in the year, they beat Georgetown in the same arena.

Huerter’s proposition seemed to materialize early in the second half of Friday’s quarterfinal against Northwestern. The Maryland faithful’s noise level ranged from loud to raucous as the team opened the period on an 8-0 run, taking a seven-point lead into under-16 media timeout. Fans erupted when ESPN personality Scott Van Pelt, a former university attendee, appeared on the jumbotron.

But from there, the Maryland-heavy crowd had little to cheer for as Northwestern managed a 17-2 stretch to change the game’s complexion in the Terps’ 72-64 defeat, the program’s first conference tournament quarterfinal exit since joining the Big Ten in 2014.

“The crowd really came out and gave us all they had,” guard Anthony Cowan said. “We just couldn’t give it back to them.”

The No. 3-seed Terps returned from the opening second-half media timeout and scored two points over the next nine minutes. Their 10-point lead transformed to an eight-point deficit. The hole proved insurmountable, even for a starting backcourt that combined to score 52 points.

Guard Melo Trimble posted a game-high 20 points, and his layup with less than six minutes left cut Northwestern’s deficit to three. But the Terps endured another two-minute drought, allowing the Wildcats extended their lead to nine. The Terps never came closer than seven.

Guard Bryant McIntosh and forward Scottie Lindsey combined to score 33 points as Northwestern shot 55 percent from the field and 47 percent from three. Maryland, meanwhile, made more than half of their first-half looks before shooting 41.7 percent after the break. The Terps also missed seven of 12 second-half free throws.

“They just started hitting shots,” Huerter said. “Sometimes it just comes down to that.”

As McIntosh held the ball during Northwestern’s final possession, the small contingent of Wildcats fans cheered while Maryland fans trudged toward the exits. The Terps players trotted to the bench as the final buzzer sounded and bowed their heads in the locker room after the game. Their trip to the nation’s capital was short-lived.

The expressions contrasted Maryland’s early exuberance, which coach Mark Turgeon emphasized after their three-game losing streak last month. They focused on defense during the past week’s five-day layoff and excelled on that end to open the game, forcing three Northwestern turnovers before the first media timeout to take a five-point advantage.

But as Northwestern took care of the ball, it grabbed the lead. With Lindsey leading the surge — he missed Maryland’s regular-season win with mononucleosis — the Wildcats managed a 20-4 run for a 10-point lead midway through the half. Turgeon called a timeout.

The Terps responded out of the break with seven straight points on scores from Trimble, Huerter and Cowan. Their production proved vital to Maryland’s offensive success, as the starting backcourt combined to score 28 of its 34 first-half points. Huerter led all scorers with 12 at the break.

The Terps appeared in control early in the second half, too. The defense held the Wildcats scoreless for more than four minutes, while the offense received production from four players.

But then came another skid, one Maryland couldn’t recover from in its postseason defeat.

CORRECTION: Due to a reporting error, a previous version of this story said Maryland held a double-digit lead at the under-16 media timeout of the second half. The Terps were up by seven at that point. The story has been updated to reflect this correction.