UMD SGA votes to support 24/7 “morning after pill” access, as long as costs are reasonable 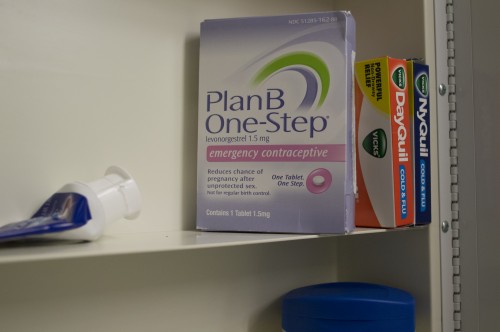 The SGA voted unanimously Wednesday to support a Maryland General Assembly bill that would make emergency contraception available on college campuses 24/7, on the condition that costs of the policy are reasonable.

The vote was 30-0, with one abstention. The Maryland bill would require colleges and universities to provide emergency contraceptives in student health centers and ensure access to over-the-counter emergency contraception — also known as the “morning after pill” — at all times. The bill also requires student health centers to offer “contraceptive counseling or referrals to other qualified health care providers.”

The legislation, sponsored by Del. Maricé Morales (D-Montgomery), is not expected to greatly affect the state budget, as universities would use their own resources to meet state guidelines, said Mihir Khetarpal, the Student Government Association governmental affairs director.

The University of Maryland Health Center offers emergency contraceptives during its regular pharmacy hours on Monday, Tuesday, Thursday and Friday from 9:30 a.m. to 5 p.m. and Wednesday from 11 a.m. to 5 p.m.

[Read more: A Montgomery County lawmaker’s bill calls for 24/7 access to Plan B on college campuses]

If the university cannot afford to staff the health center 24/7, contraceptives can be made available in vending machines or campus convenience shops, said Julianne Heberlein, SGA journalism representative. Heberlein, a freshman journalism and government and politics major, introduced the SGA resolution in support of the Maryland bill.

“The last thing a sexual assault victim should be worrying about is the possibility of pregnancy,” Fuentes said.

Students from low-income backgrounds would especially benefit from this legislation, as this campus provides a generic version of Plan B for $15, while the drug costs as much as $50 at other pharmacies, Fuentes said.

“A lot of students depend on the health center for contraception, so if they are not able to get it at night or over the weekend, it puts a heavy economic burden on them,” said Fuentes.

The Maryland Contraceptive Equity Act will require health insurers in the state to cover emergency contraceptives at no cost, and goes into effect on Jan. 1, 2018.

Shayna Shor, a freshman community health major, said it is important for the health center to provide 24-hour access to emergency contraceptives, as they must be taken as soon as possible.

The American Association of University Women and Terps Indivisible, two new campus student groups, are working together to campaign in support of the emergency contraception bill.

Members of both groups are gathering testimonies from students who have used emergency contraception or think it should be more accessible on the campus, said freshman Sarah Riback, president of AAUW. Representatives from AAUW and Terps Indivisible will testify at a Maryland House of Delegates Health and Government Operations committee hearing Tuesday.

Riback, a government and politics major, said she fears emergency contraception and the places that provide it are going to be under attack over the next few years.

“It is important to establish this school as an entity that supports it and supports students,” Riback said. “It should not be something that students have to worry about.”

Throughout his presidential campaign, President Trump spoke about his pro-life values and opposition to abortion rights. Trump’s election and Republican control of Congress raised concerns about the future of reproductive health coverage.

“This issue is at the forefront now when somebody is talking about attacking women’s reproductive rights,” said Destiny Brown, a freshman government and politics major.