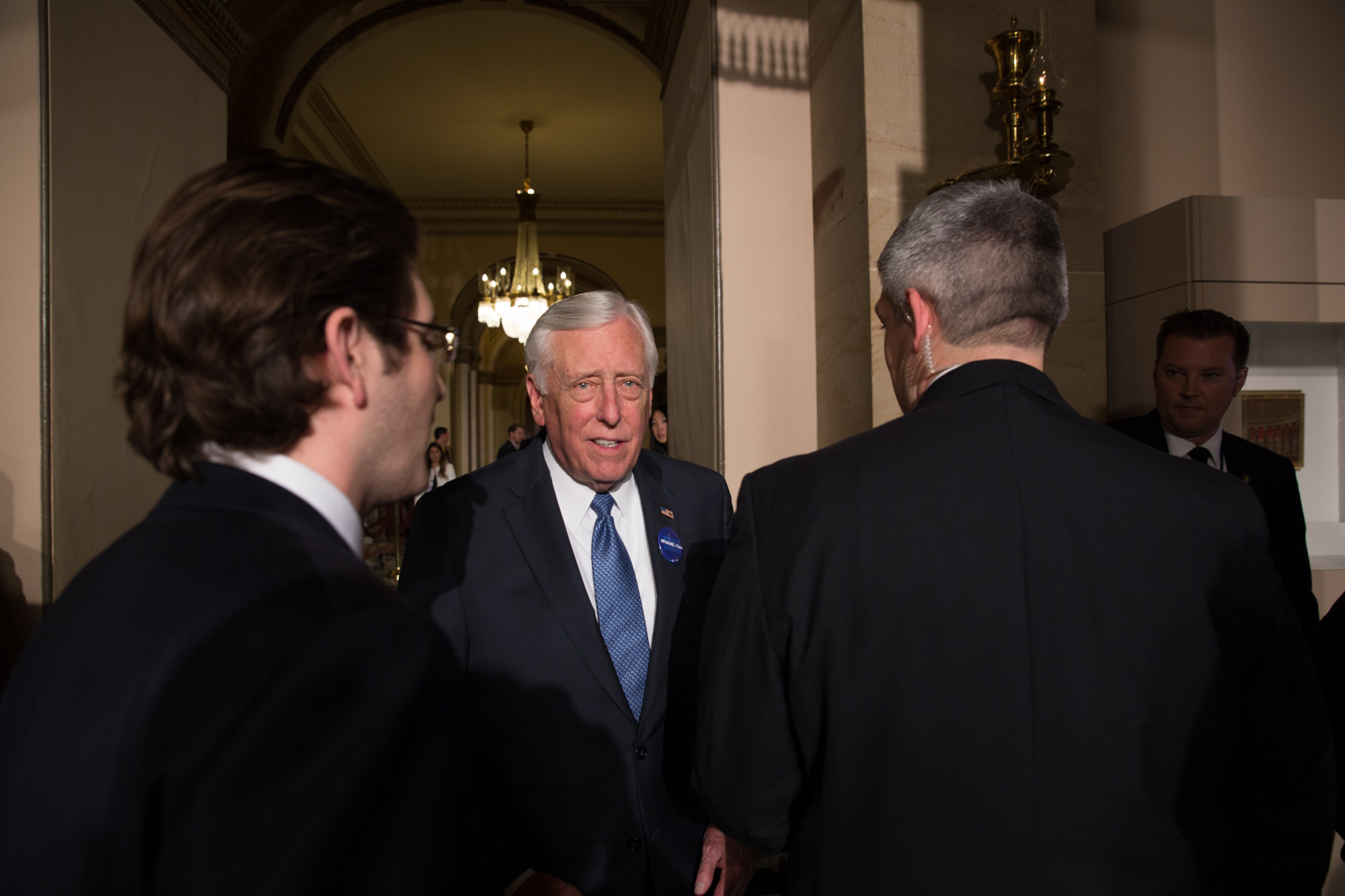 House Republicans released their plan to repeal and replace the Affordable Care Act Monday, but Maryland Democrats remain concerned about how the new proposal would affect health coverage in the state.

Two House committees plan to discuss the long-awaited proposal — the American Health Care Act — on Wednesday, after weeks of debate within the Republican party about how to undo President Obama’s signature healthcare law. Republican lawmakers did not offer estimates of how much their replacement plan would cost or how many people might gain or lose insurance under this legislation, The New York Times reported Monday.

The American Health Care Act will eliminate Obamacare’s mandate that people who don’t buy health insurance have to pay a penalty. Instead, the legislation would provide tax credits based primarily on age to help individuals afford coverage. Insurers could also impose a higher premium on people who let their coverage lapse.

“Obamacare is rapidly collapsing. … It’s time to turn a page and rescue our health care system from this disastrous law,” House Speaker Paul Ryan wrote in a statement Monday. “The American Health Care Act is a plan to drive down costs, encourage competition, and give every American access to quality, affordable health insurance.”

Two of the most popular provisions of the ACA — the requirement that insurers accept individuals regardless of preexisting medical conditions and allowing young people to stay on their parents’ insurance plans until they turn 26 — remain intact under the GOP proposal. The plan would also strip federal funding from Planned Parenthood, a nonprofit organization that provides reproductive health services.

Republican lawmakers have repeatedly called for a repeal of Obamacare since its passage in 2010, citing rising premiums and deductibles and lack of choice in the healthcare market. President Trump throughout his campaign promised to work with Congress to repeal the ACA beginning on his first day in office, but after winning control of the House, Senate and White House, Republicans faced challenges in crafting a replacement the party could agree on.

The plan will also phase out ACA’s Medicaid expansion, allowing people to continue to enroll in the program before freezing enrollment in 2020. Under this proposal, the federal government would also provide a fixed allotment of money to the states for each person enrolled in the program, instead of federal and state governments committing to cover Medicaid enrollees’ bills.

Thirty-one states, including Maryland, and Washington, D.C., have expanded Medicaid under the ACA, providing coverage to more than 10 million people. In this state, about 260,000 people have enrolled in Medicaid through the program’s expansion, in addition to 140,000 people who gained health coverage through an ACA-created state marketplace. Medicaid covers more than 70 million low-income people nationwide.

CNN reported Monday that experts have warned that proposed changes could result in millions of people losing access to healthcare they received under the ACA. The Congressional Budget Office, a nonpartisan agency that estimates spending and analyzes economic impacts, has not released its score of the proposed American Health Care Act.

Maryland Del. David Moon (D-Montgomery) introduced legislation in January that called on the state’s congressional delegation and Gov. Larry Hogan to resist a potential Affordable Care Act repeal. He said he is “no more comfortable” with the Republican plan than he was before a proposal was presented.

“They could very easily come up with a plan that continues to cover preexisting conditions, that continues to cover youths under their parents plans, but does so with greatly reduced benefits and much higher deductibles, prescription drug costs and premiums,” Moon said. “Until we see these estimates, I think this whole thing is just one big smoke screen.”

Hoyer wrote in a statement Monday that “Republicans have had seven years to show they have a better way to cover millions of Americans, protect consumers, and bring costs down. Tonight we learned at last that they have none.”

For Rep. Andy Harris, the only Republican in Maryland’s congressional delegation, the new health care bill is a step in the right direction.

“Obamacare’s many failures are spiraling out of control,” Harris wrote on Facebook Tuesday. “… Fixing this mess will not be easy, but this week the American Health Care Act (AHCA) was introduced to replace the failing Obamacare system. AHCA will drive down costs while providing every American with access to high quality, affordable health insurance.”

Not all Republicans are on board with the House replacement plan, however. Four Republican senators from states that chose to expand Medicaid wrote a letter to Senate Majority Leader Mitch McConnell that the American Health Care Act does not adequately protect Medicaid recipients.

More conservative Republicans have also criticized the plan, saying its tax credits and other provisions are too similar to those of the ACA. Sen. Rand Paul (R-Kentucky) called the proposal “Obamacare Lite” on Twitter Monday.

Th House leadership plan is Obamacare Lite. It will not pass. Conservarives are not going to take it. #FullRepeal

Stephen B. Thomas, the University of Maryland’s Center for Health Equity director, said the Republican replacement plan preserves many of the Obamacare provisions “that people want and love.” Thomas, who in January called the ACA “one of the most important pieces of legislation in a generation” said he believes lawmakers will ultimately pass “the Affordable Care Act with a different name,” as Americans won’t accepting losing their coverage.