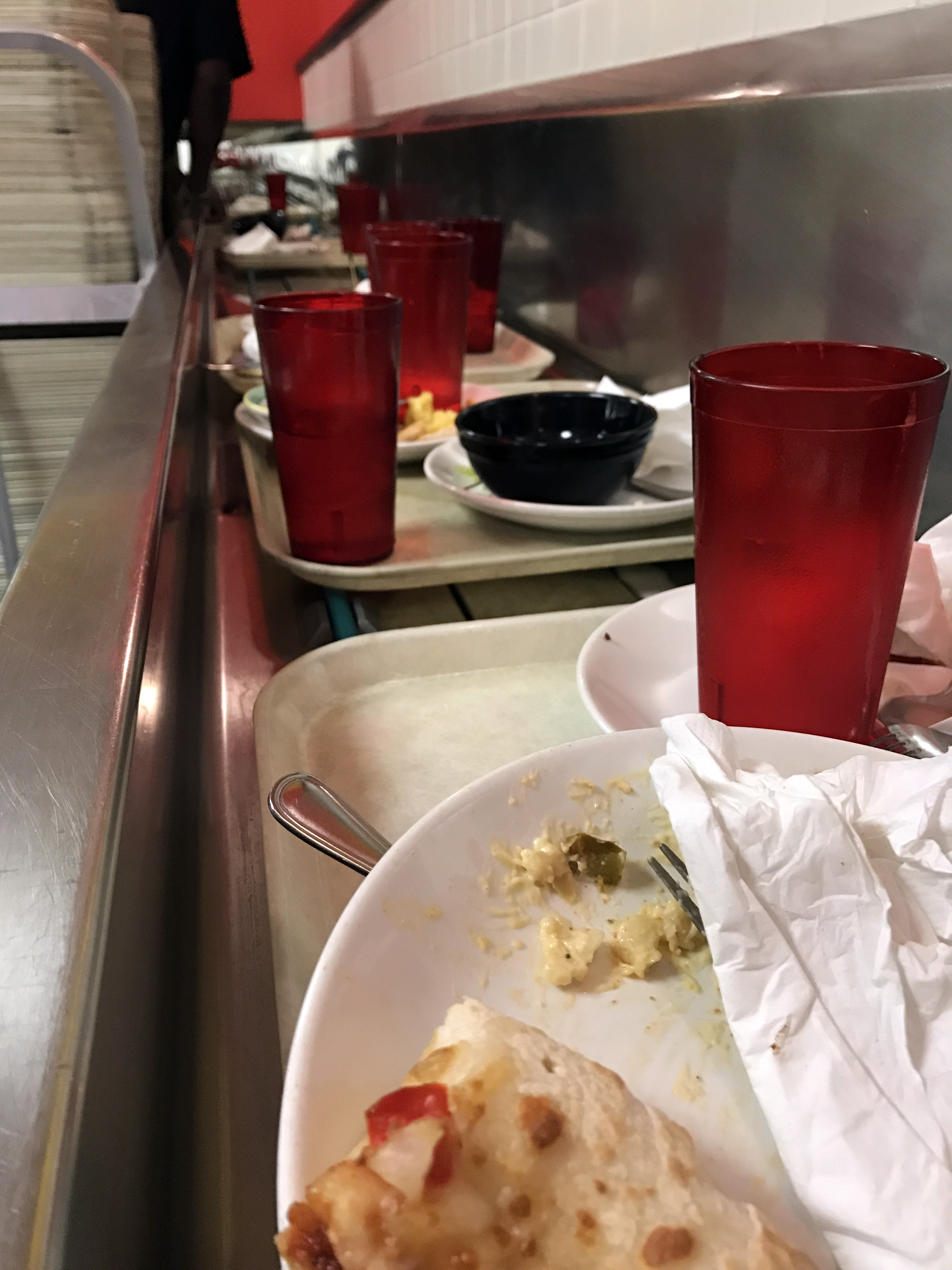 The University of Maryland’s transition from a-la-carte to Anytime Dining has saved Dining Services from purchasing more than 6 million takeout containers, straws, lids and disposable utensils, according to Dining Services.

The change to an Anytime Dining plan, which Dining Services enacted at the beginning of the fall 2016 semester, has contributed to this decline by drastically reducing the number of items thrown away, Small said.

“There has been a lot less waste,” said Dining Services spokesman Bart Hipple. “We have significantly less waste in the dish room this year than we did last year and on top of that, there is no carryout waste.”

While the dining halls offered compost bins for green disposal of carryout materials, many students would get takeout and take their meal to places on the campus where composting was not available, said Andrew Muir, the sustainability office’s communications coordinator. And even with compost or recycling bins available, waste did not always end up where it was supposed to, Muir added.

“We wanted to ensure that this waste was being properly sorted and going into the right place and not contaminating our recycling stream,” he said.

This university also put compost bins in more buildings on the campus, and the amount of compost waste collected has increased by roughly 300 tons from fall 2015 to fall 2016, Small said.

“We expanded collection to a lot more buildings on campus,” Small said. “So that was a big contributor to that increase in food waste that was sent to compost, but then also with Anytime Dining, all of the food waste … does now stay in the dining hall where they have the ability to compost all the appropriate material.”

Muir said the lack of disposable containers is an opportunity to teach students about sustainability.

[Read more: More UMD Dining Services items to be compostable by next fall]

“If anyone ever hits that crossroads, that roadblock [of not being able to use a takeout container] … It’s really important to have that conversation, [saying] this is why we’re doing it, it’s for good reason,” he said.

Some students said they have become conscious of the waste they’re saving since the transition to Anytime Dining. Megan Levy, a freshman animal science major, said she doesn’t throw away a lot of food at the dining hall anymore.

“I’ve been more conscious of it since the beginning of the year,” Levy said.

And while some students, such as sophomore biology major Rachel Chang, miss the takeout option that was available last year, the Anytime Dining program has proved to be considerably greener than the previous system, she said.

The Anytime Dining program was the recipient of a sustainability fund grant for $50,000 in April, which went toward replacing the conveyor belt in the North Campus Dining Hall. The money was granted partly because of how much waste Dining Services predicted to cut down, Muir said.

This university’s Food Recovery Network chapter has also been collecting significantly more unused food, according to a Dining Services report. Comparing fall 2015 to fall 2016, about 10,000 more pounds of food have been recovered and sent to food pantries, said Allison Tjaden, assistant director of new initiatives for Dining Services.

The food recovery program is a student-led initiative that takes unused, safe-to-eat trays of food from the dining halls that can’t be used the next day. That food is then brought to food pantries in the area.

The department is going to try to cut down on the food that needs collecting, Tjaden said.

“Our goal as a department is that they don’t have a lot of food to collect, even though we as a department love the idea of food getting donated,” Tjaden said. “Our goal is to reduce the amount of food waste that we have.”