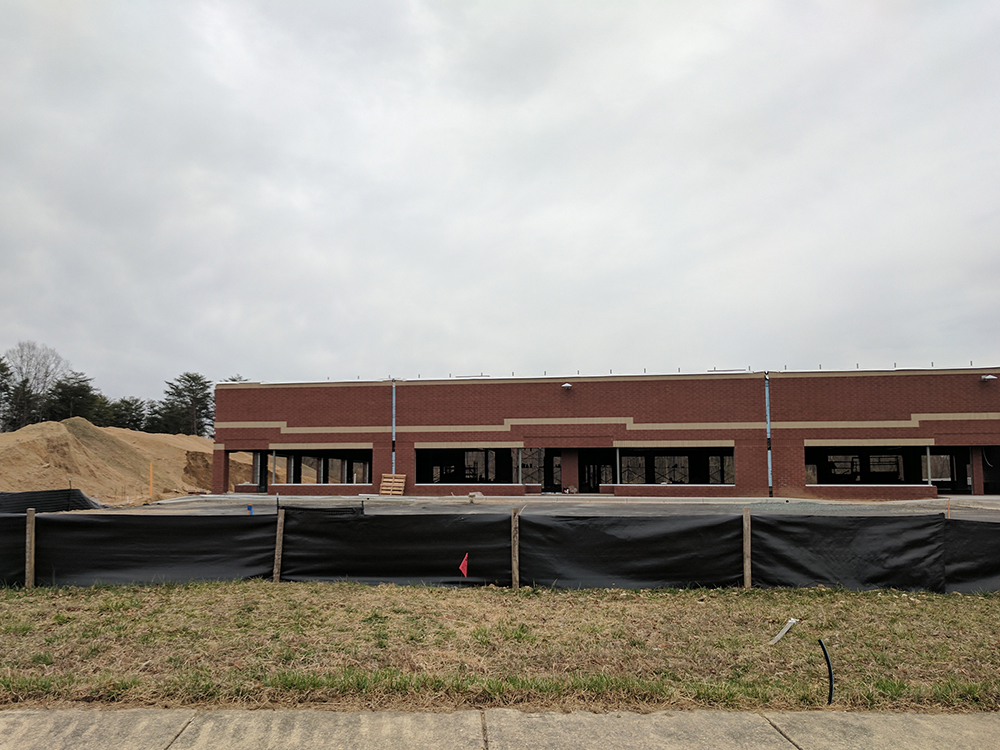 As students at the College Park Academy continue to excel, they will soon relocate to a new facility for the next academic year.

Now in its fourth year, the school — which has about 500 students ranging from sixth to 10th grade and follows a blended-learning curriculum of in-person and online instruction — will move from its location in St. Mark’s Church on Adelphi Road to a new building in Riverdale, said Bernadette Ortiz-Brewster, the academy’s executive director.

The 50,000 square-foot facility is located about three miles from the current academy at 5751 Rivertech Court in the University of Maryland’s Discovery District — a 150-acre area for business and research facilities, Ortiz-Brewster said.

“It’s been an extreme challenge to do something extremely modern in an old building, but we’ve done it,” she added.

The academy has an entirely different curriculum than other public schools in Prince George’s County, Ortiz-Brewster said. Students participate in online and in-person learning, known as “bricks and clicks,” where their materials such as textbooks, assessments and other resources are offered online. Students are admitted into the academy through a lottery system, she said, and each year the academy has added a grade so it will eventually become a full middle and high school, serving sixth through 12th graders.

In June, university President Wallace Loh — who also serves on the academy’s board of directors — other board members and university officials formed a partnership with real estate developer St. John Properties to build a customized facility for the academy on university-owned land, Ortiz-Brewster said. Construction began at the beginning of the school year, and will be completed in time for the 2017-18 academic year.

“This is a dream for us because this is not something we could’ve done alone,” Ortiz-Brewster said, adding the academy’s state budget allotment “is not enough to build such a beautiful building.”

The building is designed specifically for the school’s blended-learning curriculum, and will feature two rooms dedicated for student study, Ortiz-Brewster said. These rooms will be equipped with power stations and recording spaces for students to speak with their teachers or record for their language classes, she added.

In addition to these specialized rooms, the academy will be “incredibly well connected,” said state Sen. Jim Rosapepe (D-Prince George’s and Anne Arundel), who is also a member of the school’s board of directors.

“The actual location is interesting because it’s going to be in walking distance of the Purple Line once it’s built … it’s really a 21st century location for the school and very much integrated to the campus,” he said. “We have this University District 2020 Vision, which is about making College Park a top 20 college town, and part of that is education and [the] academy is a big part of that.”

Eric Olson, the executive director of the College Park City-University Partnership, said he’s impressed with the academy’s continued success and is excited for the new building.

“College Park Academy students continue to score high and do well and excel,” Olson said. “We’re very pleased about that and they’re getting a whole new building for this coming academic year.”

The percentage of students at the academy who met standards on the annual Partnership for Assessment of Readiness for College and Careers was higher than percentages at other public schools in Prince George’s, Anne Arundel, Montgomery and Howard counties, according to 2016 PARCC test data from the CPCUP annual report. Academy students also performed higher than the state of Maryland standards in every category except for sixth grade math, according to the data.

“Our kids have been taught from day one how to take tests online, and that’s an important factor as well because our kids are comfortable with technology,” Ortiz-Brewster said. “They’re taught more how to apply their knowledge and not just answer questions.”