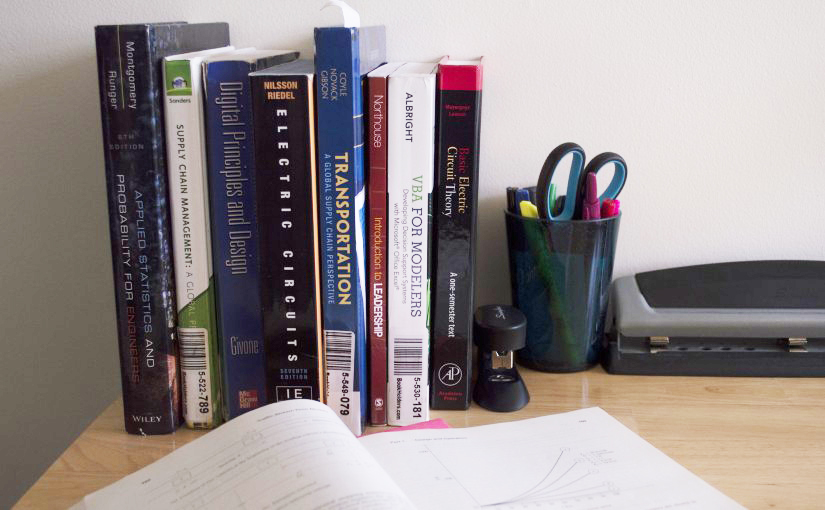 Several University of Maryland student organizations are teaming up to release two surveys with the hopes of guiding solutions to problems surrounding textbook affordability and availability.

The surveys will be released “in the next two to three weeks” pending the groups’ approval of their contents, such as formats and questions, RHA Student Groups and Organizations Liaison Dana Rodriguez said. The student survey, which is currently being developed alongside the faculty survey, would aim to capture students’ voices on their current experiences with textbooks, such as how they are financing them and exactly how much they’re paying for them, SGA Vice President Fasika Delessa wrote in a message.

The survey will likely be sent to all university students and faculty members via email, said MaryPIRG Higher Education Affordability Campaign Coordinator Adam Karbeling, a sophomore English and government and politics major.

The report will be delivered directly to Provost Mary Ann Rankin and university President Wallace Loh with recommendations and analysis of what the groups think this university should do, wrote Delessa, a junior management major.

“In initial conversations with the provost, the provost was very supportive of the survey and getting student feedback, even indicating potentially providing financial support in the form of incentives to offer students who take the survey in hopes of increasing the response rate,” Delessa wrote, adding that more details will be specified in the coming days.

The surveys aim to gain a sense of the state of textbook affordability on the campus. Any student or faculty recommendations from the survey that require further action would go through the resolution process before potentially turning into legislation, Delessa wrote. The RHA is investigating the long-term feasibility of open source, but it does not yet have a resolution regarding its official stance on the topic, Rodriguez said. The RHA will need to decide its stance before pursuing further action to bring about open source initiatives.

A short-term initiative the groups are looking to pursue would bolster textbook donations to the existing system in this university’s libraries. The system, Top Textbooks, allows students to use “purchased required textbooks for 98 of the largest courses on campus” — such as ECON200: Principles of Microeconomics, BSCI170: Principles of Molecular & Cellular Biology and ENGL101: Academic Writing — for four hours at a time as part of the libraries’ Course Reserves service, according to its website.

“The larger goals are making textbooks affordable on campus and making people, both faculty, staff and students more aware of resources and ways that we can make their materials more affordable,” said Stephanie Cork, GSG president and a kinesiology doctoral student. “That’s going to require efforts at all levels — undergrad, grad, faculty, instructors, teaching assistants — everyone’s kind of got to pitch in on this.”

The long-term initiative would be looking into how to “really preventatively cut down the costs for students in the long run” through more lasting solutions such as the possibility of open source textbooks, Rodriguez said.

The cost of a college textbook has increased by 73 percent since 2006, and textbooks can cost as much as $400, according to a February 2016 news release from national nonprofit organization Student PIRGs.

The Textbook Cost Savings Act of 2017, a bill that promotes the use of open source materials in place of traditional textbooks, had its hearing in the Maryland House of Delegates on Feb. 21. The bill would provide a $100,000 grant to the University System of Maryland’s William E. Kirwan Center for Academic Innovation. MaryPIRG had two volunteers attend the hearing, and one volunteer testified for the bill in Annapolis, Karbeling said.

“I hope that students at the University of Maryland will have access to textbooks that are affordable or free, rather than expensive textbooks that have been rising higher than the rate of inflation in the past few decades,” Karbeling said.

The SGA passed a resolution supporting the bill in a Feb. 1 meeting, and MaryPIRG presented its textbook affordability campaign to White House executives in February 2016.

The groups have worked together in the past for initiatives regarding various issues pertinent to the undergraduate and graduate student bodies. Because they were all concerned with textbook affordability and availability, it made sense to work together on the survey, Rodriguez said.

“I think this year, all of these bodies have worked really well together on different issues,” she said. “[So] as we look to this issue, we saw a lot of promise in working together and making sure that not just one organization would try and represent a campus, but that all three, or all four, would work together to do so and really gather the voice of the students.”

Various types of COVID-19 tests are offered at and around UMD. Here’s how they differ.