At The Clarice, ‘Being Earnest’ is as important as ever 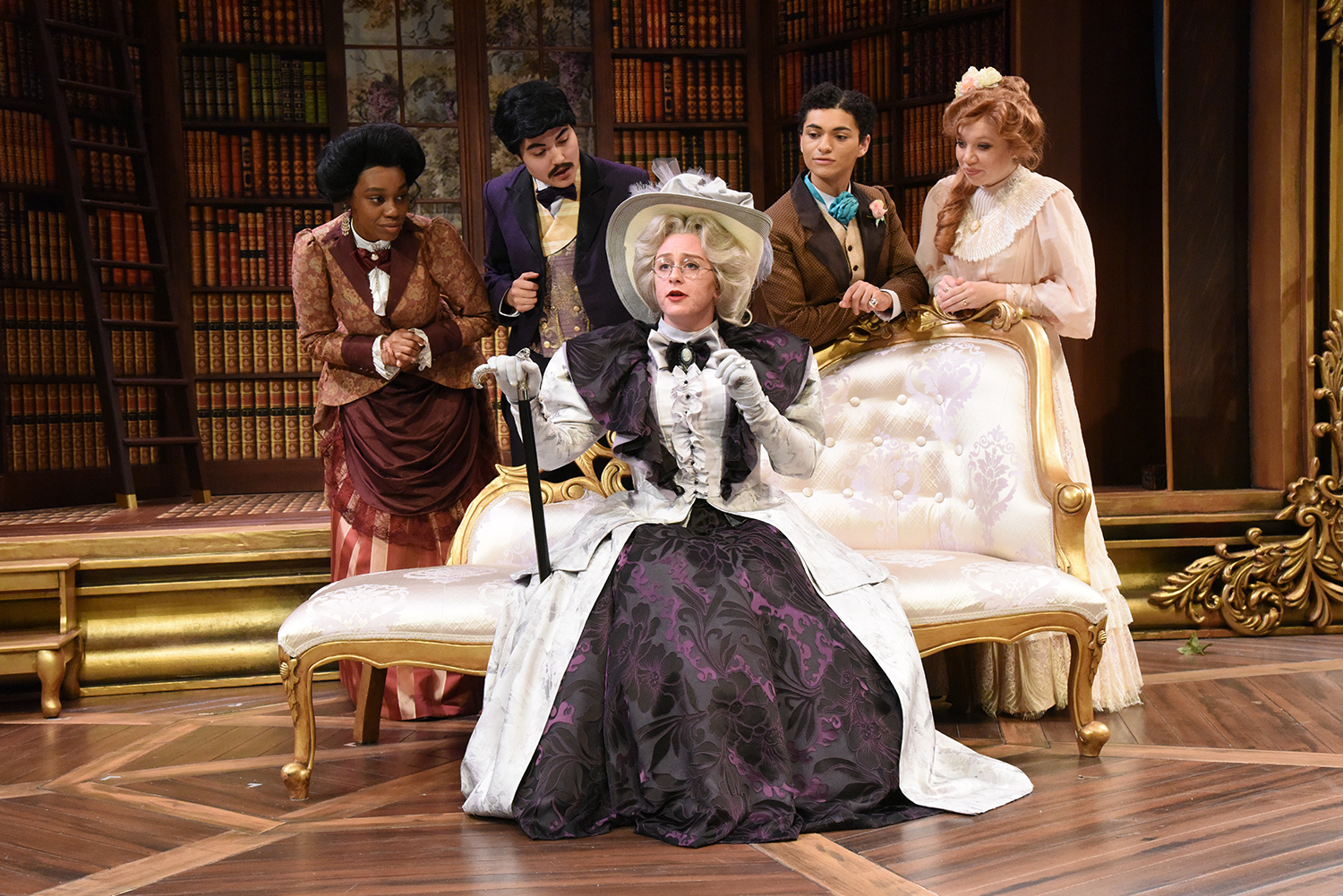 “The truth is rarely pure and never simple.”

This line from The Importance of Being Earnest knowingly sums up the underlying theme of the entire play: Things are rarely what they appear to be, and society isn’t as put together as people make it out to be.

Earnest has been pushing boundaries and making fun of societies since 1895 when it premiered at the St. James Theater in London. And today, when Oscar Wilde’s farcical comedy seems more pertinent than ever, the University of Maryland theater school’s production of Earnest provides a sliver of hope in a time that has been difficult for many.

A number of things in the show connect to problems in our society today, including a long rant about the state of education in Victorian society reminiscent of the complaints people have about our Education Department now.

This university’s production of the show, directed by Amber McGinnis, pushes the social consciousness of the play even further.

Lady Bracknell and her daughter, Gwendolen make the audience question the nature of their society. The mother-daughter dynamic is different than the relationship between any other two characters in the play, giving them space to critique the stereotypical family structure of Victorian society.

The characters are not the only subversive elements in this production of Earnest. McGinnis uses unconventional casting choices to bring the play into a contemporary theatre landscape that often aims to reflect the world around it.

“The amazing thing about being able to play this strong, ridiculous, empowering, terrifying woman is that I get to perform womanhood on my own terms,” said senior theatre major Radcliffe Adler on playing Bracknell. “I also get to access the feminine upbringing that I had. I didn’t have a boyhood, I had a girlhood. I was taught all the things that a girl is taught.”

Junior theater major Alicia Grace, who plays Gwendolen, turns in a stunning performance. She brings with her a taste of modern culture, performing as a Gwendolen who knows more than she should and thus recognizes a lot of the constraints of Victorian society.

“The way that [Wilde] wrote the play, he wrote Gwendolen’s character so that she did break a lot of rules of Victorian society,” Grace said. “You know, a woman was supposed to take up very little space, she wasn’t supposed to make her opinion known, but Gwendolen’s character is very outspoken. I really connect to her need to be independent but also a hopeless romantic, and that’s what I try to convey.”

In addition to commenting on gender roles, Wilde also used Earnest to look at class distinctions in society, including servants to provide contrast to the upper-class protagonists.

“[The servants’] voices aren’t really heard throughout the play, but when they are, they have something substantial to say,” Grace said. “Wilde made sure that the servants had these little sarcastic moments to prove that they’re smart despite the position that they were put in in society.”

Outside the subversive nature of Earnest, the theater school production was beautifully executed. The set was elegant while remaining simple, and the actors mastered the Victorian accent. Even the set change in between Acts I and II seemed like it had its own choreography.

The Importance of Being Earnest is a play that has been recreated and revised many times to mirror the society in which it is performed. Perhaps no society has been more equipped to put on a play so comfortable with its sense of self and its characters’ identities than 2017 America.

“Each of these characters is very much themselves, they don’t apologize for anything, they don’t apologize for who they are,” Adler said. “Maybe that’s the interesting thing about identity; if you hold an identity, you have to sometimes unapologetically live your identity — otherwise it gets glossed over or misunderstood … and these characters just unabashedly do it. And we can even take notes from that in everyday life: Just be you, just be you to the most that you can be.”

The Importance of Being Earnest will be showing at The Clarice on Thursday and Friday night and Saturday afternoon. 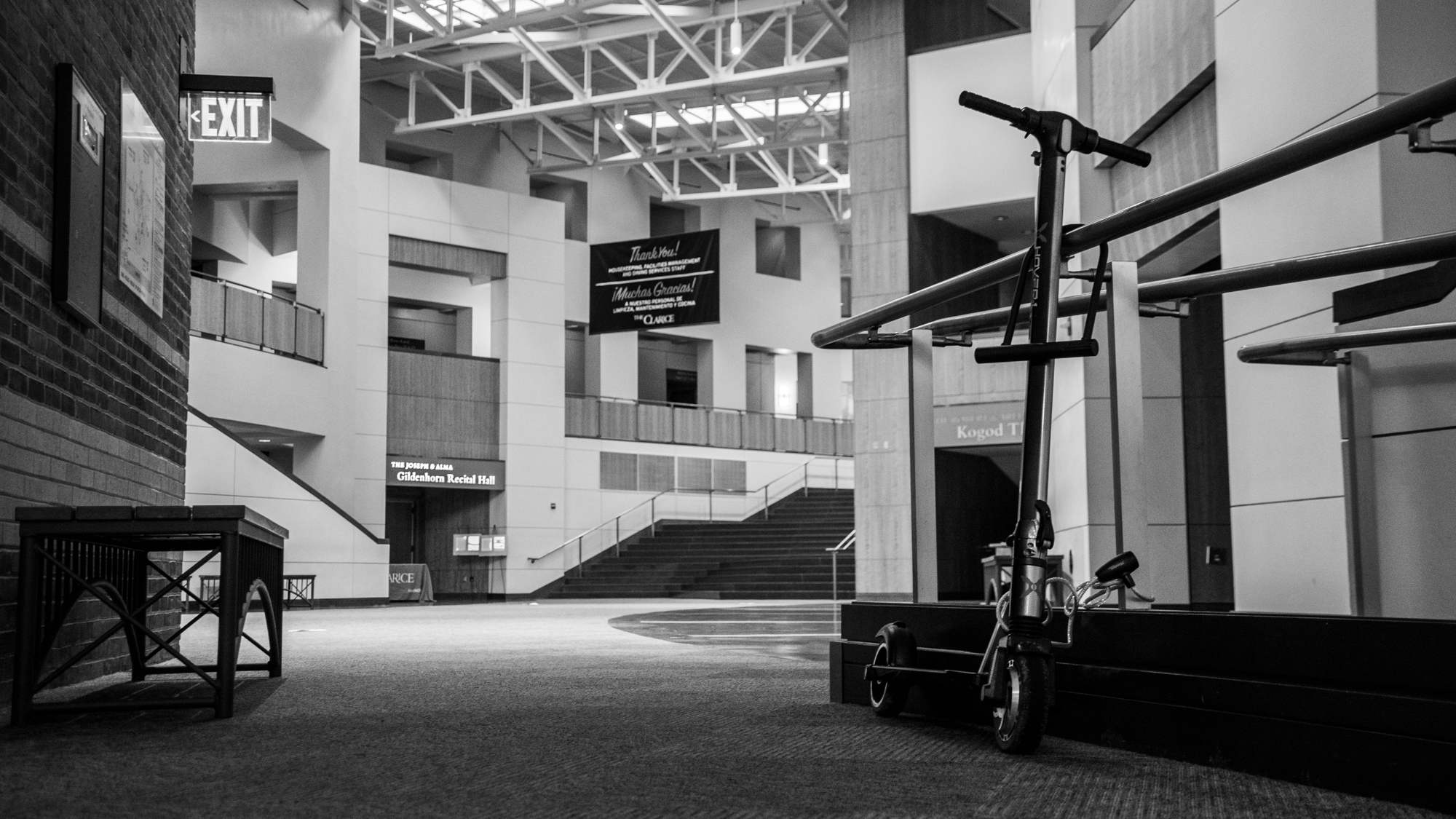