The University of Maryland should divest from the prison-industrial complex 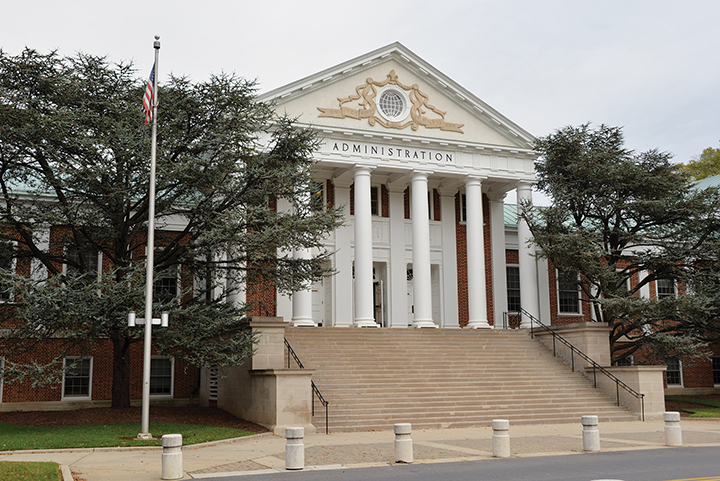 If you’re currently sitting at a university desk or on your dorm room bed, chances are you’re using a product made by Maryland Correctional Enterprises. The agency employs Maryland prisoners to manufacture goods for buyers such as the University of Maryland, which has been a client for over 30 years. However, these discounts come at a steep moral price. By supporting MCE, our university is exploiting the incarcerated and helping finance the prison-industrial complex. It is imperative we divest from MCE.

Understanding the history at work in our justice system is critical to seeing why this divestment is necessary. Ava DuVernay’s 13th and Michelle Alexander’s The New Jim Crow: Mass Incarceration in the Age of Colorblindness are two works that highlight the racism embedded in mass incarceration. They argue that in post-slavery America, the prison system has become the institution used to oppress and exploit black bodies and all people of color. They highlight how the 13th Amendment banned slavery “except as a punishment for crime.” Over the last four decades there has been a 500 percent increase in incarceration, nearly independent of crime rates, with people of color drastically overrepresented. In context, MCE’s exploitation is another link in the chain of racial oppression.

Some might argue the work is good for prisoners since they get a paycheck. The truth, however, is prisons take money out of the criminally low wages to pay for “room and board.” In essence, the correctional facilities are making inmates work to pay for the privilege to live in a cell. The prisoners end up making only about $150 a month, working out to only cents per hour. The real winner in this exchange is the state.

Nathan Brandli, a 2016 alumnus who majored in African-American studies and government and politics, was the president of the Prison Resistance Project, a student group founded in 2015 to fight for criminal justice reform and broad prison divestment. He said MCE is “part of the local manifestation of the prison industrial complex because it drives up incarceration rates in the state of Maryland. Any support for MCE contains social, psychological, and political support for exploitation.” Divestment is crucial because our university currently provides “an economic engine for perpetuating this complex.” Additionally, “the prisoners have no voice and no way to represent themselves. There is no transparency from MCE.”

It is fundamentally wrong to have a justice system that profits off prisoners, since it inevitably creates an incentive to incarcerate people. As long as prisoners are a source of revenue, our justice system will not have true integrity. The data supporting the claim that MCE’s employment impacts recidivism rates is also questionable. As Brandli put it, “it’s all about the money for [MCE].” But what work is being done in opposition?

In 2015, protesters at Towson University succeeded in getting the university president to sign his support to a list of demands that included divestment from MCE. The group members wrote in their demands that “[they found] it problematic that [they] finance the same institution that profits off of black bodies.”

However, the University System of Maryland Student Council refused to divest, and our Student Government Association refused to denounce our involvement in 2007. But the recent list of demands from ProtectUMD has brought divestment back into the conversation. The coalition of student organizations sent its demands to the administration in November, but no change on this issue has been made. The fight continues on Feb. 21, when the Prison Resistance Project is hosting a town hall to address this problem.

We cannot allow the administration to ignore our demands. The administration must take steps to divest from MCE in order to fight this exploitation that disproportionately affects people of color. It is deeply deceptive for MCE to claim they give these prisoners a “brighter future” when what they’re doing more closely resembles bondage. The shadow of this injustice will hang over the university as long as its students sit at MCE desks and sleep on MCE beds. The administration has a moral duty to end this relationship and speak out against the program. Divestment is long overdue.

Jack Lewis is a junior government and politics major. He can be reached at jlewis20@umd.edu.