Gov. Hogan emphasizes state reforms and bipartisanship in State of the State address 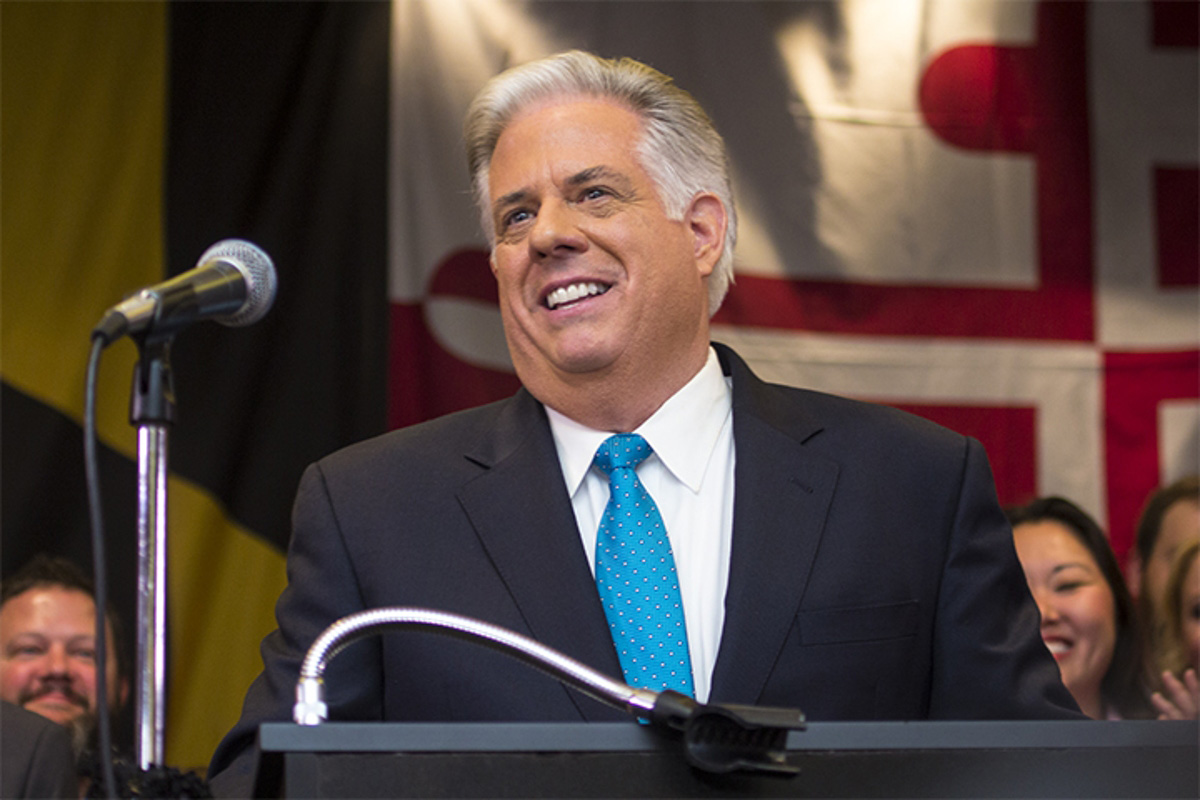 Hogan has enjoyed high approval ratings — they reached 74 percent in January, according to a Gonzales Research poll — in the traditionally democratic state of Maryland. He said Wednesday that he has spent the first two years of his term working with the Democrat-controlled General Assembly to put the state on a “new path” toward economic growth, prosperity and security.

“For two years now, we have been doing exactly what we said we would do,” Hogan said. “… We have sought out common sense and common ground, rather than disparity and divisiveness. Working together, we have not been defined by party or ideology, but by our common purpose and our united obligation to solve problems, to make progress and to bring real and lasting change to Maryland.”

The governor highlighted several bipartisan accomplishments from last year’s legislative session. He called the Justice Reinvestment Act — a sweeping law that aims to reduce prison populations and put the money saved toward crime prevention efforts — “the most important criminal justice reform in a generation,” and touted the passage of the Drunk Driving Reduction Act, a law requiring ignition interlock devices for some convicted drunk drivers. The legislation is also known as Noah’s Law, named for a Montgomery County police officer killed at a DUI checkpoint in December 2015.

Maryland is “stronger than it has been in many, many years,” Hogan said, citing “tremendous job growth,” the second-lowest poverty rate in the nation and declining unemployment. But the state still faces challenges, as progress lags for some in western Maryland, the lower Eastern Shore and Baltimore City, he said.

“We have already accomplished a great deal, but together we can — and we must — do more,” he said.

The heroin and opioid crisis has also continued to “grow out of control” across the country, Hogan said, “taking lives and tearing apart families and communities.” Hogan said he has joined other governors to ask for federal intervention in the crisis, and he will work to enact initiatives to combat the crisis. On Jan. 24, he announced a multi-pronged initiative to address the epidemic and aid in prevention, treatment and enforcement efforts.

While Hogan emphasized bipartisanship during his address, the governor has found himself at odds with his democratic colleagues in the General Assembly, which passed a transportation scoring bill last year that required Hogan to publicly rate projects before deciding which to fund. Democrats said the bill would increase transparency, but Republican opponents saw the move as a politically motivated effort to limit the governor’s authority.

Hogan asked the assembly Wednesday to repeal what he has called the “Road Kill Bill,” which he says will stand in the way of transportation projects across this state.

Hogan also pressed Democrats to allow for a vote on the Redistricting Reform Act, a bill to create a nonpartisan redistricting process that he said “was hidden in a drawer” during last year’s legislative session. Maryland’s legislative districts are widely considered among the most gerrymandered in the country, and Hogan said “an overwhelming majority of all Marylanders — [from] all parties and from all walks of life — strongly support this legislation.”

Other initiatives in the governor’s legislative agenda include efforts to increase college affordability in this state and require paid sick leave for employees of some companies. He closed his address with a lesson from his past battle with Non-Hodgkin lymphoma.

“I’ve learned that our time on this earth is much too short, so we had better make the most of it,” he said. “… Over the past two years, together, we have done many great things. And now, we have the incredible opportunity to accomplish even more.”

In his recorded response to the governor’s address, democratic Majority Leader Bill Frick called on Hogan to comment on “dramatic actions” in President Trump’s administration “that will profoundly affect our state,” including a federal hiring freeze and the potential repeal of the Affordable Care Act.

Frick was one of several democratic lawmakers who introduced a package of bills they said would protect Maryland citizens from harmful actions of the federal government, including legislation calling on Hogan and the congressional delegation to resist a repeal of the ACA.

“Unfortunately we don’t hear much from Gov. Hogan about how he will work to prevent or mitigate the devastating changes his compatriots in the White House and Congress are inflicting,” said Frick (D-Montgomery). “Instead we hear more of the same … it’s time for Larry Hogan to stop campaigning and start governing.”

Prince George’s County Executive Rushern Baker told Maryland Public Television there “was a lot missing” from the governor’s address. Baker noted that Hogan did not address the fear of Muslim and immigrant populations in the wake of Trump’s election, overcrowding in state schools or this state’s bid to secure the FBI facility.

“I wanted to hear more about those things,” he said.