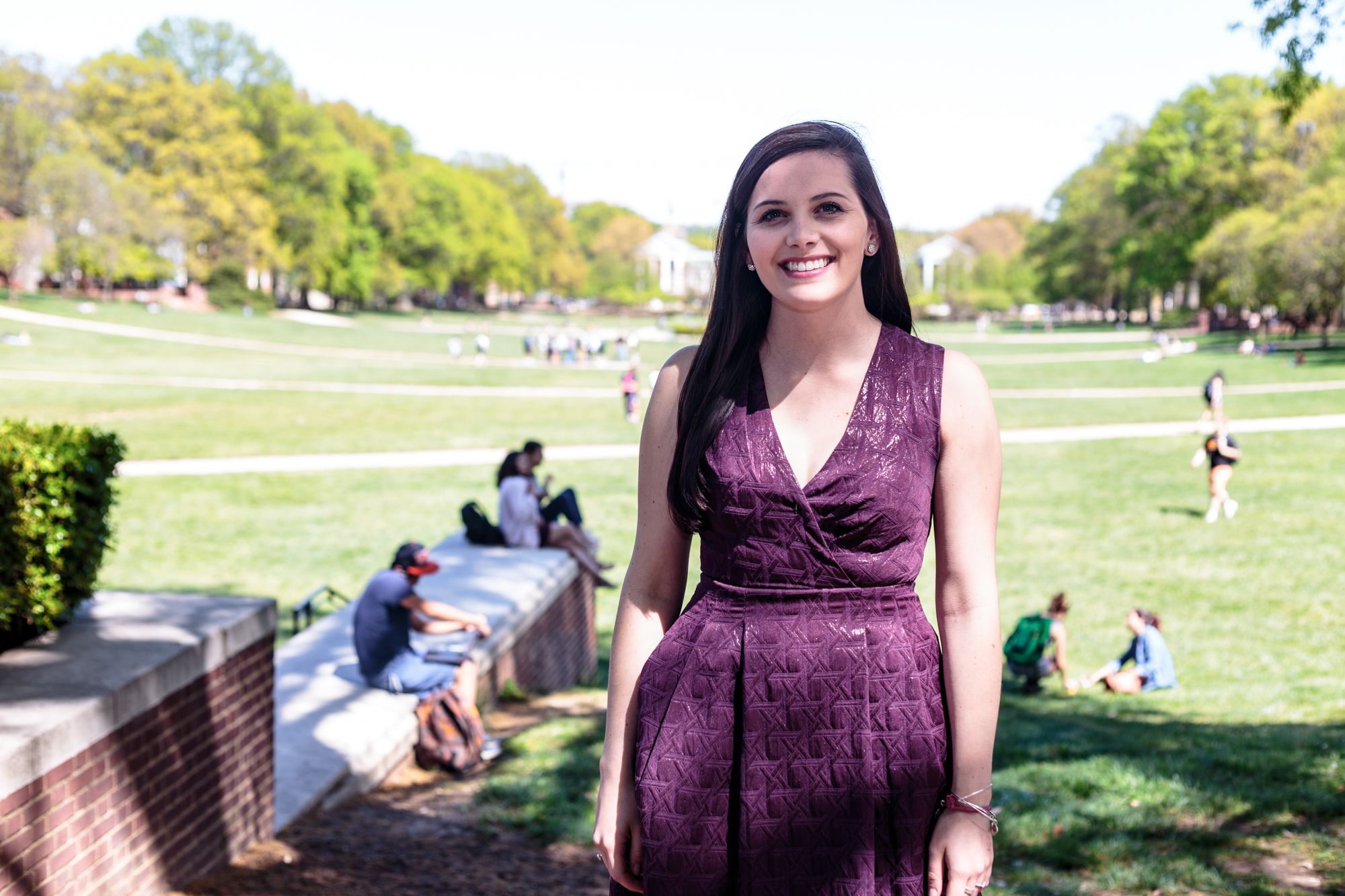 University of Maryland SGA President Katherine Swanson has signed on to an open letter from student leaders around the country to President-elect Donald Trump, voicing support for DACA and international students in response to Trump’s campaign rhetoric on immigration.

The letter urges Trump to “uphold and continue DACA, H-1B visas, and visas for international students generally—including for Muslim students.” As of Jan. 13, student body presidents from 49 institutions in 23 states and Washington, D.C. have signed on to the letter.

Deferred Action for Childhood Arrivals allows undocumented immigrants who were brought to the United States before turning 16 and meet certain guidelines to work for two-year intervals and protects them from deportation. DACA also allows students to receive in-state tuition at public universities.

“More than 700,000 people, Americans raised and educated in the United States, have benefited from Deferred Action for Childhood Arrivals (DACA) and among them are many talented, law-abiding students and alumni who are actively contributing to their communities and to our society,” the letter reads. “Likewise, the more than a million international students in the U.S. contribute over $35 billion to the economy and support over 400,000 jobs. This in addition to bringing new perspectives, enriched learning opportunities, and globalized alumni networks.”

The closing paragraph of the letter reads: “While you lost the popular vote and are entering office with one of the lowest approval ratings of any president, you did win the election and it’s still not too late to earn a true mandate by rejecting the divisive rhetoric and policy proposals of the campaign and uniting the country around your leadership. We urge you to do so.”

Swanson said Cory Bisbee, undergraduate student president at Clark University, wrote the letter and contacted her about adding her signature. Last semester, the Student Government Association began work on a bill that would designate the University of Maryland as a sanctuary campus for undocumented students.

Swanson was also part of a student coalition that issued 64 demands to university administration requesting resources to protect marginalized populations, including undocumented immigrants and Muslim students.

“We want everybody on campus to feel safe, whether they are documented or not, and so that’s why this is important to me,” Swanson said. “The amount of people who have come to me in [the past semester] … and said this is something that I’m worried about this is something I need your help with, has been kind of overwhelming.”

Swanson said she knows some students may not approve of her actions regarding undocumented students, but no one has contacted her directly to voice concerns, except for one student who objected to the tone of the last paragraph of the open letter. She said she would welcome the opportunity to discuss the issue with students who disagree with her.

“My door is always open if they want to come talk to me about it,” she said. “I know there’s opposition out there, I just don’t know who exactly from and I haven’t been able to have a direct conversation with anyone about it.”

A.J. Pruitt, SGA’s vice president of student affairs, said the SGA is committed to protecting all students regardless of their backgrounds. He added that he was happy to see Swanson show her public support on this issue by signing the open letter.

“I of course don’t know exactly what the president-elect is going to do with the [DACA] program, but I supported the message of the letter,” Pruitt said. “As an institution of higher education, whose mission is to progress society and promote the overall growth of individuals, it is in our best interests to make sure we’re retaining these beneficiaries and these students, because from my personal experience, these are some of the most engaging, really great members of our community.”

In the coming semester, the SGA plans to continue work on its sanctuary campus bill, as well as work with university administration and the College Park City Council to address the needs of undocumented students, Swanson said.

Junior community health major Mwewa Sumbwe moved to Maryland from Zambia in 2002. As a student attending this university under DACA, Sumbwe said it is exciting to see fellow students “taking the lead” on immigration issues.

President-elect Trump has said he would cancel all of President Obama’s executive actions on his first day in office, making the future of DACA a “pressing issue for many undocumented students,” Sumbwe said.

University System of Maryland spokesman Mike Lurie wrote in a December email to The Diamondback that the system “is committed to providing all of our students a safe and supportive educational environment. We will continue to comply with applicable federal and state laws and regulations, including the Family Educational Rights and Privacy Act (FERPA), which protects the privacy of student education records, and will respond as appropriate to lawfully issued subpoenas and/or court orders.”

Any USM institution can, however, choose to refrain from any voluntary participation with immigration enforcement officials, Lurie noted.

“The idea that different groups and our student leaders are seeing the need for solidarity and to stand up against hate, it’s pretty inspiring to see, and encouraging to see,” Sumbwe said.