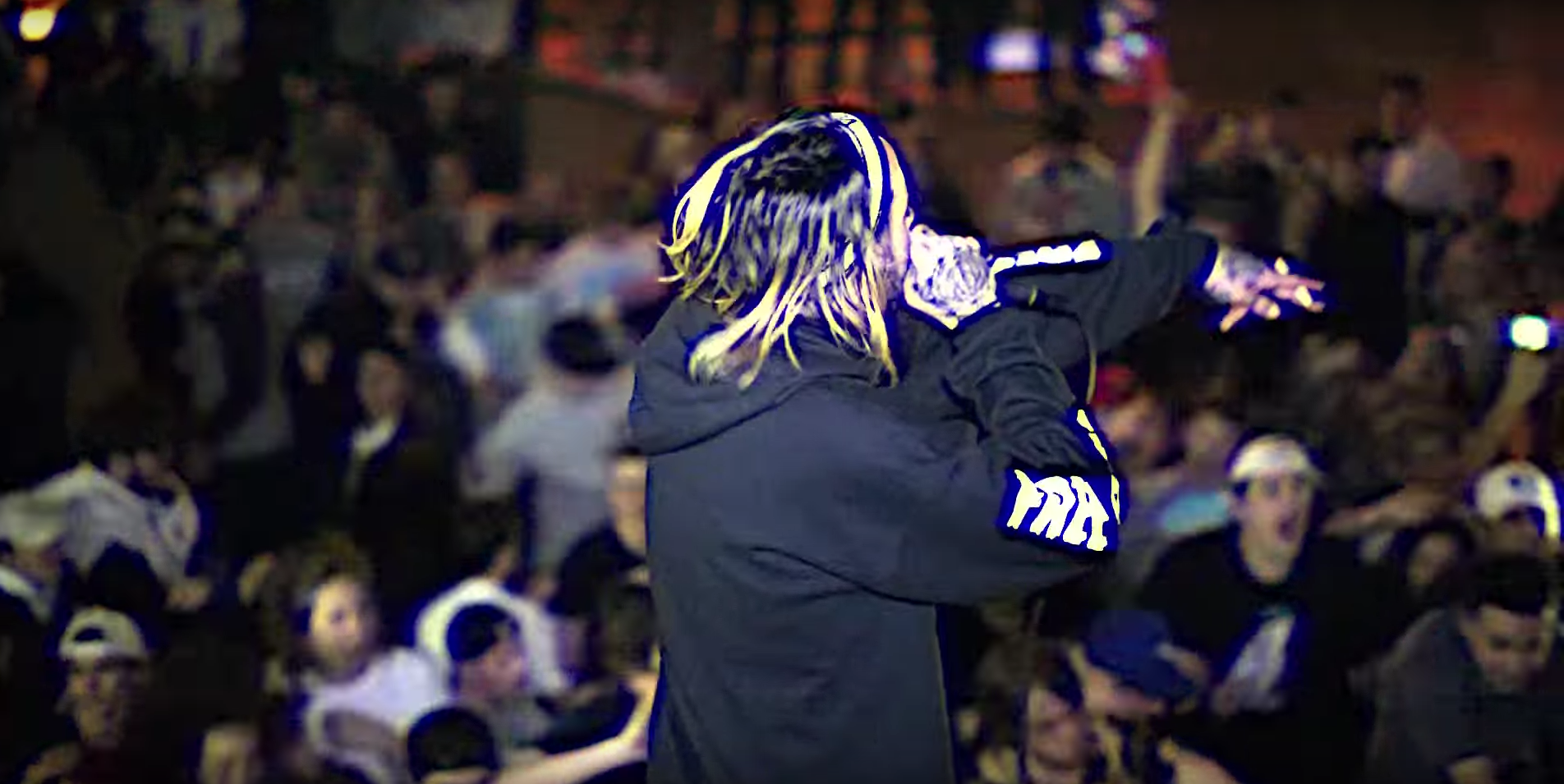 Perhaps one of most abrasive groups within the rap genre, the $uicideboy$ — made up of Yung Christ and his cousin Ruby da Cherry — have managed to conjure up some of the darkest emotions of 2016 with occasionally satanic lyricism and horrific, bass filled trap productions that would make Three 6 Mafia proud.

Utilizing these darker themes, the New Orleans duo has been able to leave a strong impact within the deepest realms of hip hop’s underground. However, they have begun to gain recognition from bigger names like one of XXL’s 2016 Freshmen Denzel Curry, who they have also feature on one of the songs from their most recent project, Eternal Grey. Despite progress like this, the duo still remains in the shadows.

It will take some time for them to gain more traction within more commercial sides of the genre due to their touchy subject matter and heavy use of satanic references. Nevertheless, this is part of their appeal in the underground to fans of harder-hitting sounds within the genre. The big question is whether the group can ever really achieve big success when the thing that’s driving their current fame is the fact that they’re so different from those in the limelight.

Nevertheless, one cannot doubt the ferocity of their lyricism when listening to their most ominous tracks, such as “Magazine” where a manic Yung Christ acknowledges his twisted mind state through rabid delivery of his bars.

“Snapping like necks from that bank on the west/ Kurt Cobain veins, opium in my chest,” raps Yung Christ. “Escaped out the psych ward now I’m on a murder spree/ Voices inside of me won’t let me go to sleep/ Drowning in sleeping pills covered in ashes/ Riding down Paris this life never mattered/ Ready to die bitch, I’m ready to die/ I pull on this trigger got blood on my satin.”

Ruby da Cherry also manages to stir up some particularly evil verses on tracks like “I Want To Believe,” taking inspiration from screamo through his wince-inducing screeches halfway through his verse.

Even though a majority of their songs sound like they could belong to a scene from Clive Barker’s Hellraiser, there are a small amount of tracks that show glimpses of the duo’s ability to become relatable and at times, empathetic. The duo uses “Low Key” as a heartfelt attempt to shed light on sensitive topics like drug addiction and depression by talking about their own struggles. Yung Christ, in particular, went into explicit details about his unfortunate addiction to opiates in a 2015 interview with No Jumper, which is why his experience serves as a key contributor to the emotional weight the song carries.

“Now I’m back to square one/ With my hand on the gun,” raps Yung Christ. “Mama screaming ‘son/ Don’t do it, I love you, don’t do it, don’t do it, don’t do … ‘/ I can’t help this feeling/ Don’t you see that I need all these prescriptions/ This ain’t no living/ It’s only a vision of the vicious cycle that is my addiction.”

Yung Christ’s self-aware lyrics not only highlight the severity of his addiction, but the impact it has on his loved ones and how shutting them out has become routine because of his drug use and depression. With artists like Kid Cudi and most recently Kanye West seeking help for their mental health, the $uicideboy$’ message within songs like “Low Key” are extremely relevant and serve as a bold reminder of the severity of issues like depression and addiction. I believe that if the $uicideboy$ begin to slowly drift away from their darker subject matter and get more genuine with their listeners — as they do on some tracks — that they may have a brighter future within the genre. Not only that, but they will be able to give a powerful voice to all who suffer from depression or struggle with an addiction, which is something that we have not quite yet seen within the rap game.