The SGA wants UMD’s colleges to have diversity-focused committees 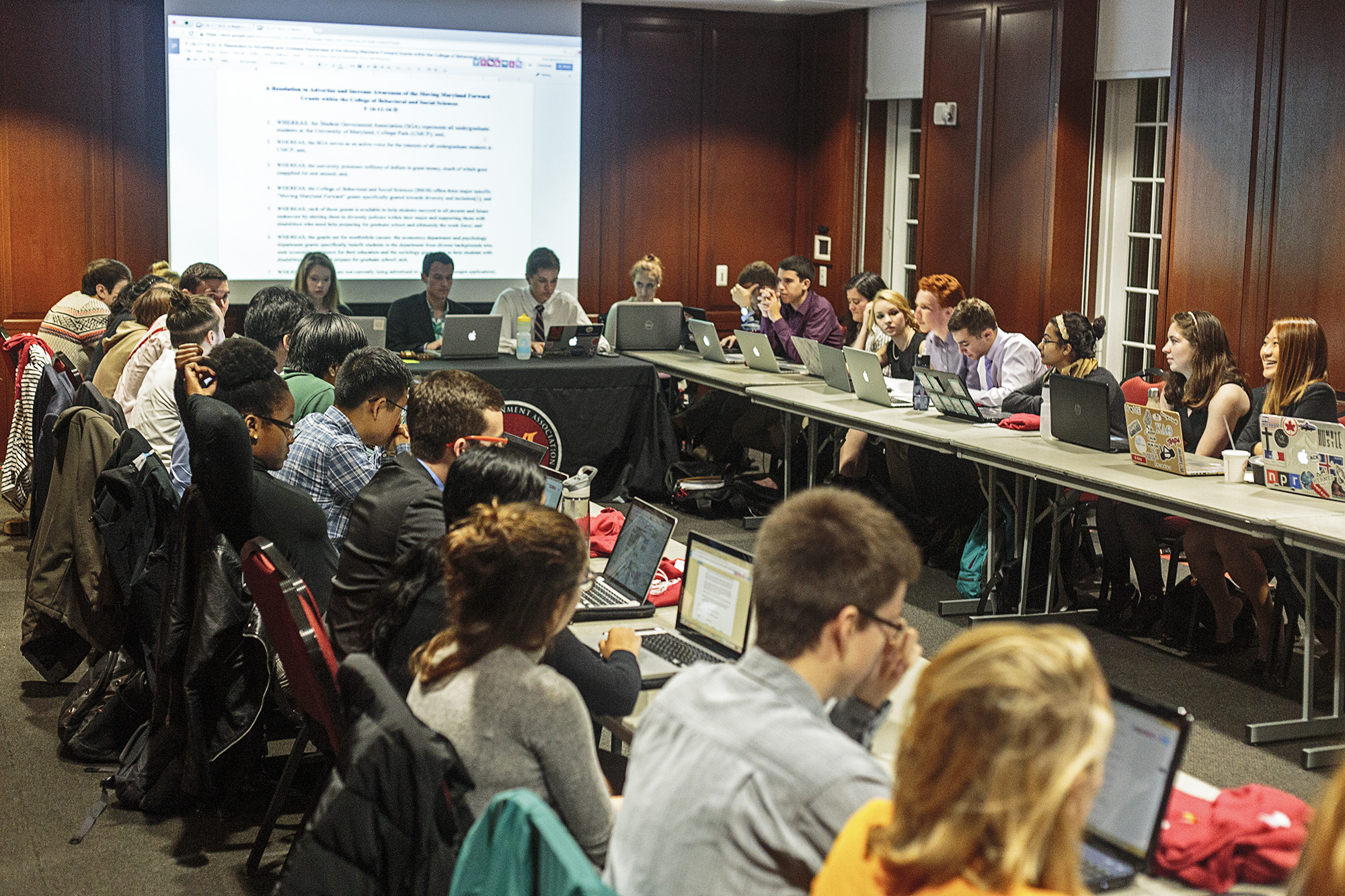 The Student Government Association passed a resolution to begin investigating the possibility of creating a student advisory group for the University of Maryland’s Title IX Coordinator Catherine Carroll. Carroll requested a student advisory group in a meeting with SGA Director of Sexual Assault Prevention Taylor Aguiar, according to the bill. The SGA began considerations for the advisory group while working on their proposed Title IX fee, said SGA President Katherine Swanson.

Two other resolutions dealt with diversity and cultural sensitivity: one urging individual colleges to create diversity-focused committees and one establishing cultural competency training for all SGA officers.

The bill cited the Smith Business School’s Diversity Empowerment Council as a model for this kind of committee. That council aims to represent women and minorities within the school and promote services to empower its diverse community, according to its mission.

Scherr did not say which colleges were the objects of student complaints or the specifics of those complaints.

Swanson said she originally wanted to create the cultural competency training, and enlisted engineering representative Manaahil Rao to sponsor the other bill. The Office of Diversity and Inclusion has agreed to facilitate this training, according to the bill.

“I went to a PLUMAS Latinx community town hall, and they told me that this was something they wanted,” Swanson said. “I reached out to somebody at [the Office of Diversity and Inclusion] asking them if this was a possibility, and they said yes.”

The legislature also passed resolutions to endorse the installation of a statue of Darryl Hill, the first African-American student to make this university’s football team, on the campus and to advertise the behavioral and social science college’s Moving Maryland Forward Grants for economics, psychology and sociology majors.

The SGA also confirmed the nomination of Favour Nerrise, a junior computer engineering major, as director of shared governance, who communicates on the SGA’s behalf with this university’s other governing bodies to “promote cross-organizational awareness,” according to SGA bylaws.

The position had been vacant since the previous director, Valerie Kologrivov, a sophomore economics and government and politics major, resigned in October.

Nerrise told the legislature she is passionate about promoting “diversity and inclusion through education.”

“To be able to hold things like round table [discussions with] the different organizations you might not see exactly coming together – I would be really anxious to have that,” Nerrise said, “because you could see the different sides come together and hopefully have that promote something.”

The legislature will adjourn for winter break and reconvene on Jan. 25.