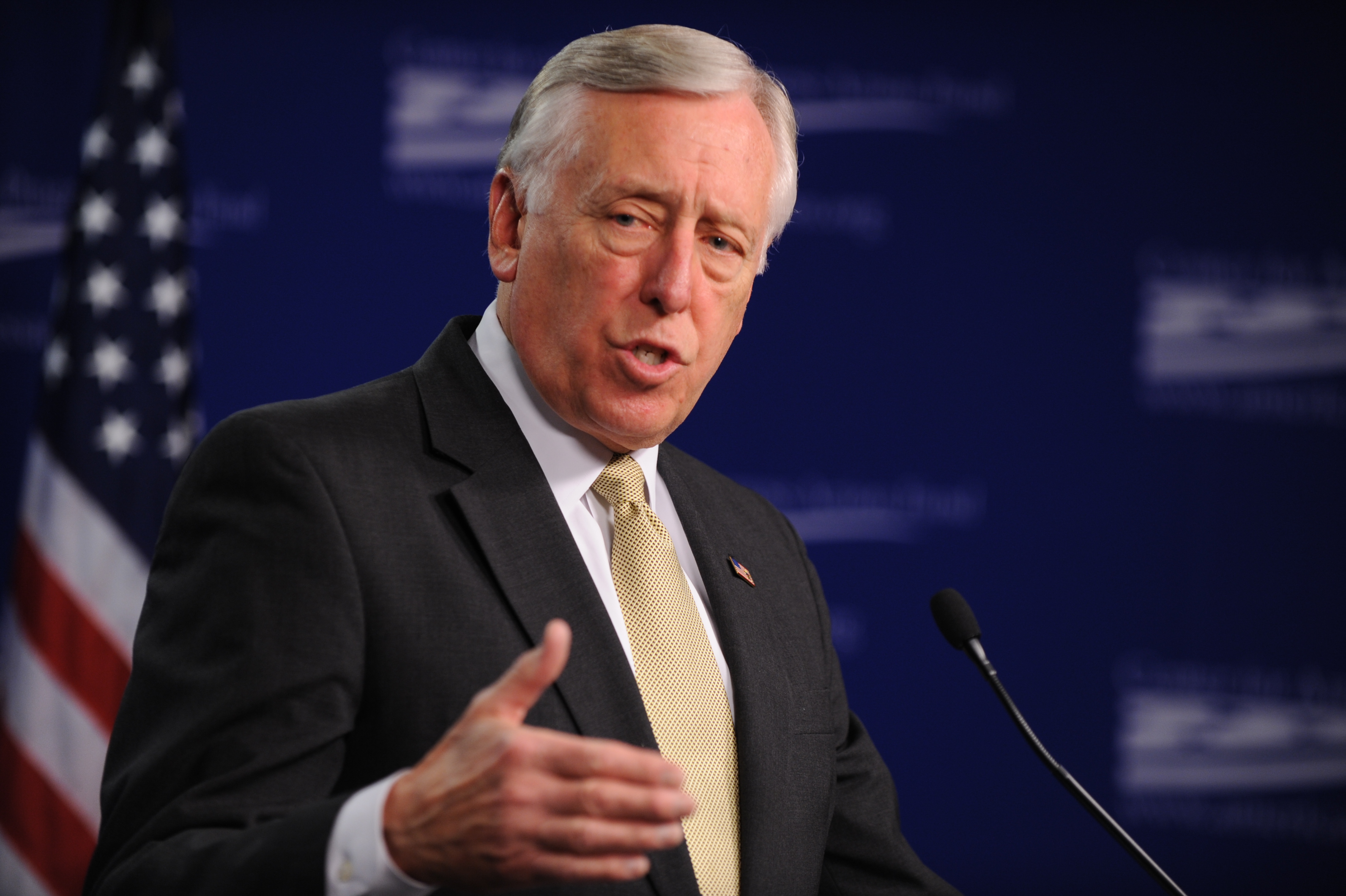 Bannon has led Breitbart since March 2012, and the news organization’s content has often been denounced as racist, sexist and nationalist. Bannon will be working steps away from the Oval Office, and Trump said he will consider him “as equal partners” with his Chief of Staff Reince Priebus “to transform the federal government” according to a Nov. 13 news release from Trump.

“His leadership of Breitbart, which provides a voice to radical white-supremacist groups, allegations about his comments on Jews and charges of domestic abuse ought to be seen as disqualifying for a role at the White House,” Hoyer wrote.

Bannon was charged with misdemeanor domestic violence after an incident involving his then-wife in January 1996, but the case was ultimately dismissed, Politico reported in August. In a 2007 court filing, Bannon’s ex-wife alleged that he made anti-Semitic comments in a disagreement over which private school to send their twin daughters to, according to NBC News.

Trump wrote in his news release that Bannon and Priebus, former Republican National Committee chairman, “are highly qualified leaders who worked well together on our campaign and led us to a historic victory.”

“Now I will have them both with me in the White House as we work to make America great again,” the release read.

Maryland U.S. Sen.-elect Chris Van Hollen also used Twitter on Monday as a platform to express his frustration with the results of the election.

“From racist and anti-Semitic graffiti in Md. to attacks on Muslim women in Cali., the effect of Trump’s campaign rhetoric is in full view,” wrote Van Hollen. “We must call out hate wherever we see it. We cannot forget that America’s story is rooted in the fight for equality for all people.”

Some of Van Hollen’s tweets included:

We cannot allow ourselves to be torn apart by hate. Divided, we cannot defend the progress we’ve made as a nation.

I commit to working every day for the America I love: a decent nation, a beacon of hope, a defender of liberty and justice. — Chris Van Hollen (@ChrisVanHollen) November 14, 2016

My sleeves are rolled up and I’m ready for the challenges ahead. Together, let’s get to work.

Gov. Larry Hogan did not support Trump during the campaign, and wrote in his father, Larry Hogan Sr., as his choice for president on Election Day, according to reports. But Hogan congratulated Trump and called for national unity Wednesday after the Republican candidate’s surprising presidential victory.

“Now is the time for all of us to come together to find real solutions to the problems we face as a country,” the statement read.