After this election, stay united and engaged 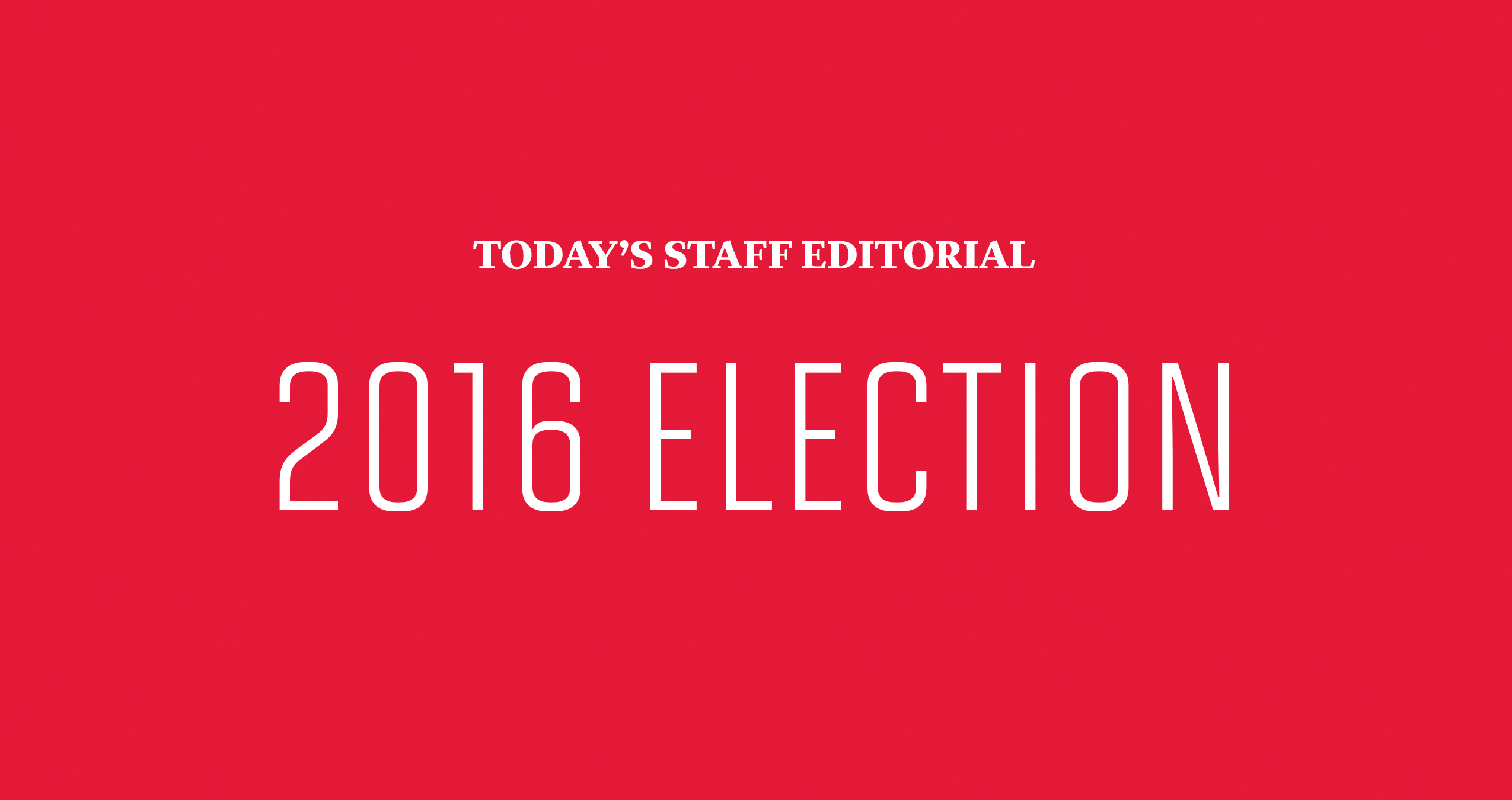 This editorial board usually writes a staff editorial every week urging the University of Maryland administration to take action, addressing how authority is being used or complimenting an initiative we found particularly effective.

But these are not times as usual, so we address you.

Early Wednesday morning, our country chose new leadership. We are not going to tell you how to feel about that leadership. Plenty of other publications have done so and have probably done a better job than we could in surmising how our President-elect will affect this country. But this editorial board would be remiss if we did not voice our concerns about this country.

This country is divided. That’s not new, nor is it really all that helpful. Still, it must be acknowledged that we are where we are because we’ve insulated ourselves from each other. We scroll through timelines and newsfeeds that echo our thoughts and positions. When we step outside our boundaries, it can be shocking — even scary — to see what others believe. According to the Pew Research Center, 49 percent of Republicans say the Democratic Party makes them afraid. Fifty-five percent of Democrats feel the same way about Republicans. Stephen Colbert highlighted this during his election special Tuesday: “Both sides are terrified of the other side,” he said.

So generally, we block. We mute. We close our computers.

This editorial board urges you to stop. That’s not our way. This university is not perfect by any means. No institution is immune from the human tendency to shield, incubate and seek the comfortable while shunning the other side, deemed crazy or indefensible. No institution is safe from prejudice and bias. But take a closer look, and an interesting picture emerges.

The last College Park mayoral election was between a gay man and a black woman. Our university president is a Latino and Chinese-American immigrant who has wholeheartedly backed affirmative action. This university’s chapter of College Republicans and Terps for Hillary host events together, respect each other and engage in civil debate. Peaceful protests and occupations lead to meaningful change. Here, we work to diminish prejudice. We work to diminish bias.

During the same election special, Colbert urged his audience to “kiss a Democrat” and “hug a Republican.” Is his metaphor maudlin? Yes, but we’re going to embrace it because he’s right. This country is ours. It will remain that way only if we start working together to diffuse hatred and stifle tensions. We need to be in this together. It is the sole way to keep our new leader accountable, to ensure he acts as he says he will — as a “president for all Americans.”