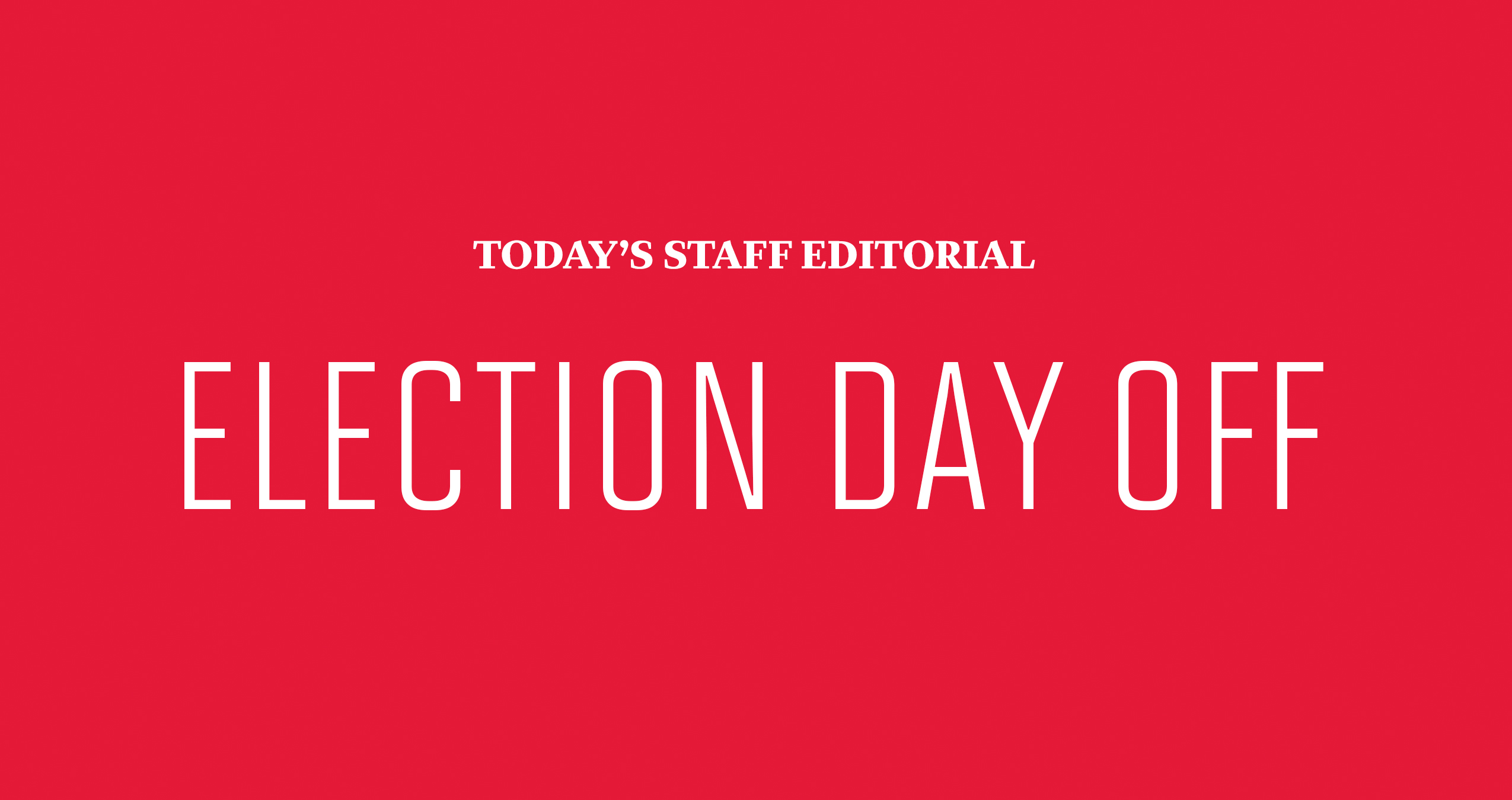 On Oct. 12, University of Maryland President Wallace Loh echoed the sentiments of a wide variety of on-campus student organizations, from MaryPirg to Terps for Trump, when he tweeted “voting is critical to our democracy” (while also espousing the slightly less widespread belief that root-beer floats are tasty). However, this university’s policy of maintaining regular class schedules on election day appears to contradict Loh’s seemingly innocuous public service announcement.

On Nov. 8, thousands of students will gather in Stamp to cast their ballots for the 2016 presidential election, braving long lines and annoyingly optimistic fellow voters to participate in the fundamental responsibility of our democracy. Unfortunately, they will have to do so while also navigating the additional impediment of attending their usual class schedules.

According to this university’s holiday schedule, students will “earn” a holiday on Election Day, which for 10 of the other 14 recognized holidays, means students and faculty will have off on the particular day in question. However, this university has decided to “observe” the Nov. 8 holiday on March 15, a day already set aside as spring break. As a result, class schedules on Nov. 8 remain unchanged. While the practice of transplanting school holidays to dates which already boast canceled classes may not affect holidays such as Columbus Day, which are not innately tethered to their assigned calendar day, it does impact election day, as students must still deal with the resulting voting day obstacles. In essence, this university is following the lead of most colleges across the country and perpetuating one of the most common barriers students face in participating in our democracy.

Given the options students have to avoid scheduling problems, such as absentee ballots and early voting, it is understandable this university would not recognize the inherent value in the cancellation of classes on election day. However, according to the U.S. Census Bureau, only 38 percent of millennials aged 18-24 years old voted in the 2012 election. Because the vast majority of this university’s undergraduate students fall within this demographic, this university should be actively taking steps to mitigate this trend. If this university truly believes that “voting is critical to our democracy,” it should follow the lead of Liberty University and other colleges, and cancel classes on future election days.