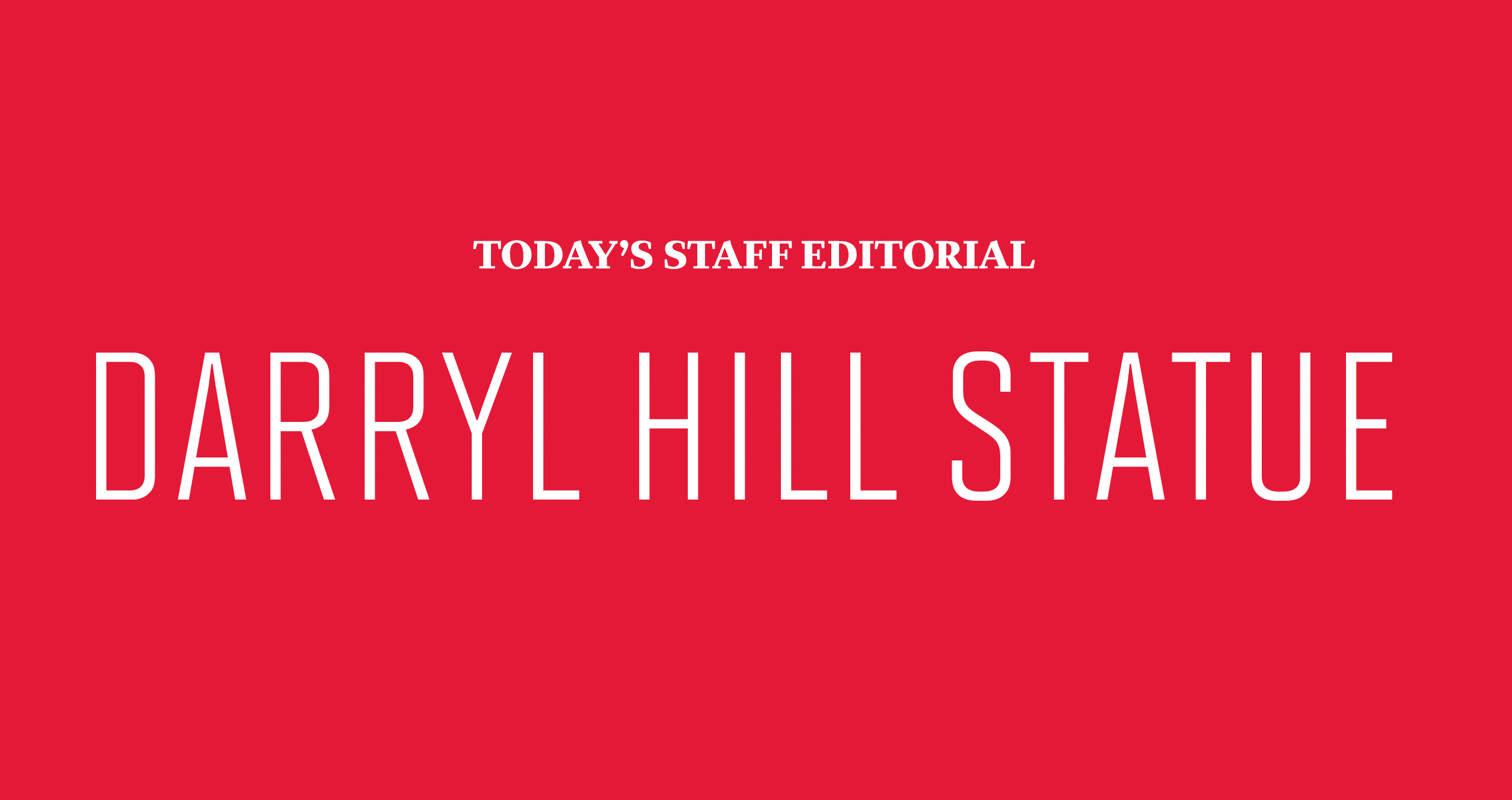 The landscape of the University of Maryland is changing. Frederick Douglass has a statue dedicated to his legacy in Hornbake Plaza. The Board of Regents voted to change Byrd Stadium’s name to Maryland Stadium in December because of its former namesake’s opposition toward racial integration. Currently, students are advocating for a statue to be erected in honor of the first African-American to make the football team at this university, Darryl Hill. Students think the decision as to whether the statue should be built is a “no brainer.” Former university student Colin Byrd even penned an opinion column published by The Baltimore Sun titled “How about ‘Darryl Hill Stadium’?” during Byrd Stadium’s renaming period last October. This editorial board wholeheartedly agrees and endorses the immediate building of such a monument.

This university’s — even this state’s — racist history cannot be erased. In January, this state’s song was criticized by news outlets for its racist undertones. The Civil War-era song discusses joining the Confederacy, which supported the oppression of African-Americans. Furthermore, former university President Harry “Curley” Byrd believed in “separate but equal” legislation during the budding civil rights movement, and yet this university maintained the football stadium’s name — Byrd Stadium — for upward of 50 years, not counting the era of Old Byrd Stadium.

Hill is a college graduate, an entrepreneur, a living legend. He is referred to as the “Jackie Robinson of Southern college football” in a 2004 academic article published in the The Journal of Blacks in Higher Education. He broke many color barriers, being the first African-American football player to enter a southern athletic conference and the first African-American to be hired by Washington’s fire department as well. The Atlantic Coast Conference celebrated him in 2012 on the 50th anniversary of his first Maryland football game. This university is lucky to have the opportunity to honor Hill while he is still alive. Why hasn’t it already?

This university owes it to the student body — especially the African-American student body — to honor students who innovated, who were fearless, who paved the way forward. A statue of Hill is a small token this university could extend to demonstrate its support of minority students and inclusivity.