When Prince George’s County voters head to the polls this November, they’ll see a referendum that could have far-reaching impacts on county governance.

The charter amendment proposes adding two at-large representatives to the county dais, which is currently composed of nine members. A similar measure was considered, and ultimately defeated, in 2004, according to The Washington Post.

The council is now made up of representatives who are elected by voters in their district, but the proposed at-large delegates would be elected by the county as a whole.

College Park leaders have mixed opinions on the idea.

“As somebody who moved from being a city council representative from a single district of College Park to be mayor, I certainly understand how different that can be … to look at the jurisdiction as a whole,” College Park Mayor Patrick Wojahn said.

Nearby legislatures, including those from Montgomery and Arlington counties, include some at-large members.

“It’s a great opportunity, it’s a great idea. It gets some people in there that have to take a look at it from the holistic point of view,” he said. “I know sometimes they often get carried away with looking at their own little pieces of the world, but we need to look at the county as a whole.”

But District 4 Councilwoman Mary Cook said she’s worried that at-large members may become too attached to the interests of the county executive, rather than their constituency.

“It would be very easy for the county executive, whoever that may be at the time, to have those at-large council members push his or her agenda,” she said.

Suchitra Balachandran, president of the West College Park Citizens Association, said she was also against the proposal.

“If you’re going to run for an at-large position in the entire county, the estimate is that it would cost $300,000 to $400,000,” she said. “It’s not possible really for a grassroots candidate to compete against money at that level.”

The measure would also allow a district council member who was elected to the maximum two terms to then run for one of the at-large seats. Balachandran said council members’ attempts to extend their terms are “getting kind of old.”

Wojahn suggested adjusting the referendum to address this concern.

“I do think it might help if the council were to consider applying term limits across the board … or at least to maybe exempt the current county council members who are serving in those seats from running for the at-large seats in the future,” he said.

John Rigg, president of the civic association in Calvert Hills, said his group doesn’t have an official position, and he can see both sides of the debate.

“I certainly would be concerned with a county-wide council post that would serve principally to extend the terms of county council members who were formerly representing one district,” he said, “but it seems like there are benefits too.”

“Adding two seats, that is going to add on a cost of about a million dollars per year,” she said. “It just hasn’t been demonstrated exactly what benefits the residents would get from spending another million of their taxpayer dollars on that.”

Dwyer also expressed concern about the council’s process for creating the measure.

“It’s not like the county put together some kind of focus group or asked even their constituents, ‘Do you feel like you need two at-large seats?'” she said. “We at Progressive Maryland feel like the residents deserve more than that.” 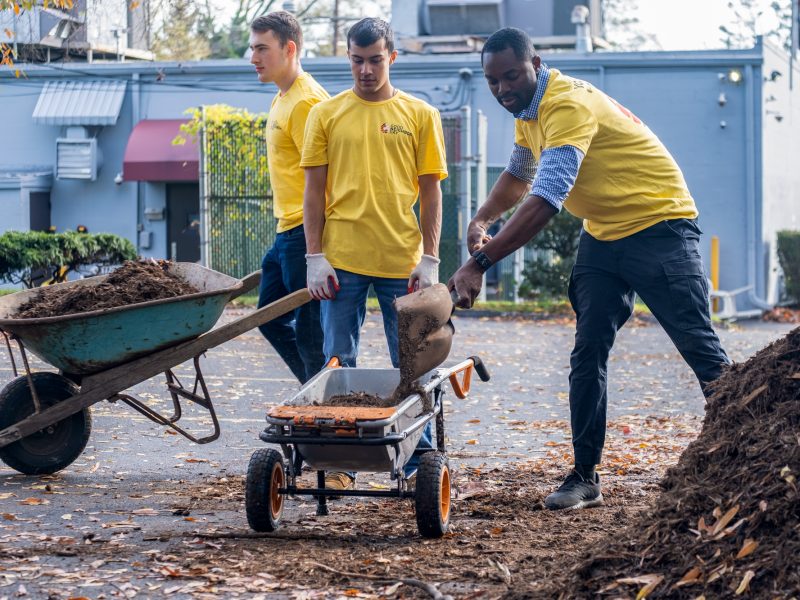