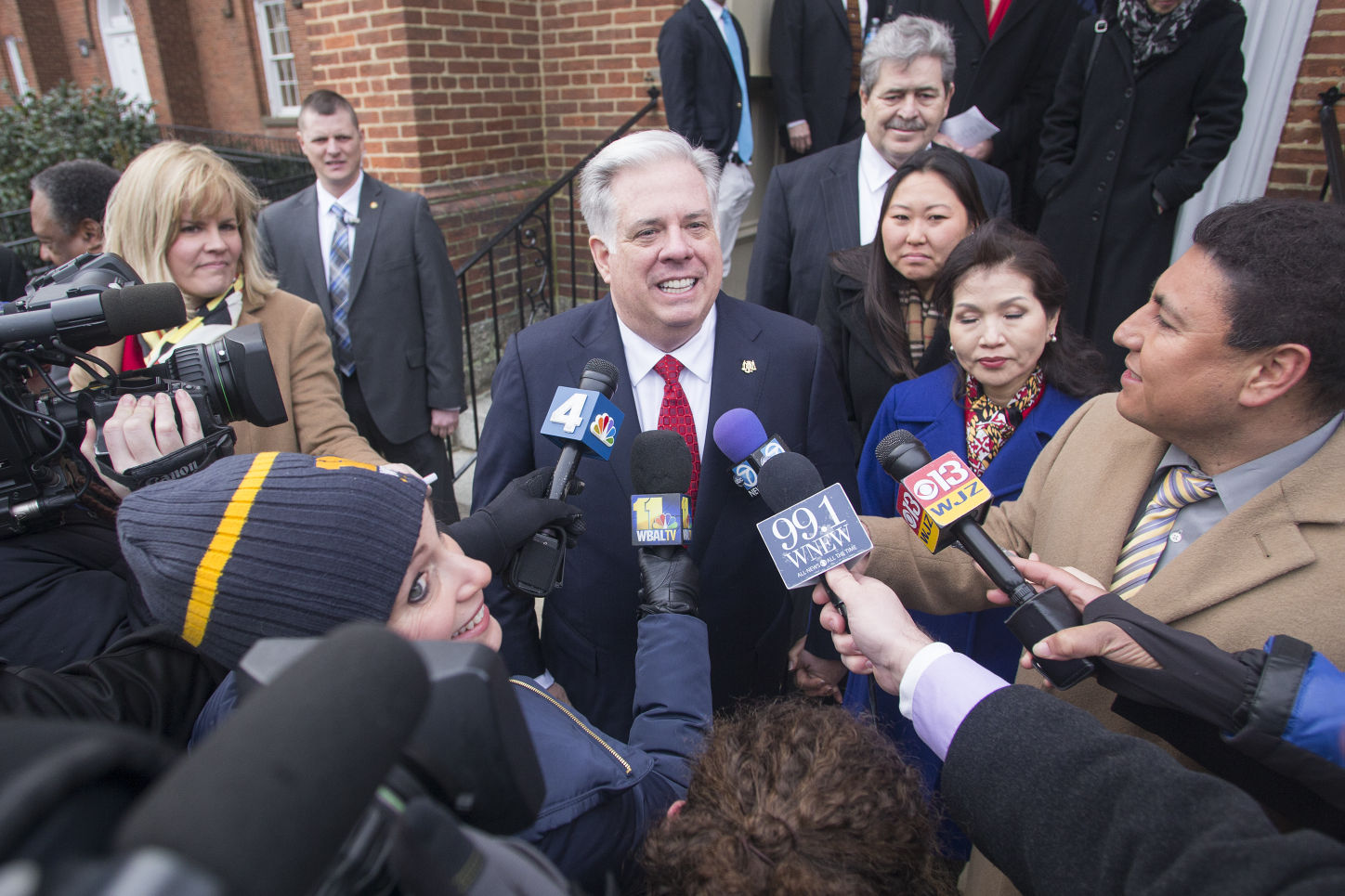 The governor requested in a statement posted to his Facebook on Tuesday afternoon that the federal government stop any settlements in the state until it can provide “appropriate assurances that refugees from Syria pose no threat to public safety.”

Hogan’s request comes on the heels of more than 25 state governors’ declarations that they would not admit Syrian refugees, particularly following the attacks in Paris. The protesting governors cite concerns that terrorists or Islamic extremists would attempt to enter the country in the population of refugees.

The series of attacks, which ISIS claimed responsibility for, occurred in Paris and its northern suburb of Saint‐Denis, with mass shootings and suicide bombings that killed 129 people.

During Monday’s news conference addressing his health and recovery from non-Hodgkin’s lymphoma, Hogan declined to add his name to the list of governors protesting the resettlement of refugees.

In response to a question, Hogan said that his administration was looking closely at the issue of Syrian refugees, but that he would make a “reasoned and careful” decision on what to do.

Rep. Elijah Cummings (D-Md.) took to Twitter to express his discontent with the governor’s request, calling it “heartless” and a “betrayal of American values.”

Preserving the safety of Marylanders and providing refuge for Syrians fleeing violence aren’t mutually exclusive; we can and must do both.

Rep. Andy Harris, the state’s only Republican U.S. representative, called for a vetting process that would prioritize “Christians and Yazidis who are escaping religious persecution,” according to The Baltimore Sun.

While governors have the ability to protest resettlement of Syrian refugees in their states, their ability to actually restrict the move is limited. Only the federal government can determine who is or is not allowed into the country, and the Supreme Court has ruled that matters involving immigration are purely federal.

Unlike the statements of some other governors, Hogan appeared to recognize this inability to act. Rather than demanding no refugees enter the state, he wrote in the statement that he was now “requesting that federal authorities” stop settlements.

On Monday, the president denounced calls to restrict the number of Syrian refugees entering the country, The New York Times reported.

“We do not close our hearts to these victims of such violence and somehow start equating the issue of refugees with the issue of terrorism,” he said at the Group of 20 summit meeting.