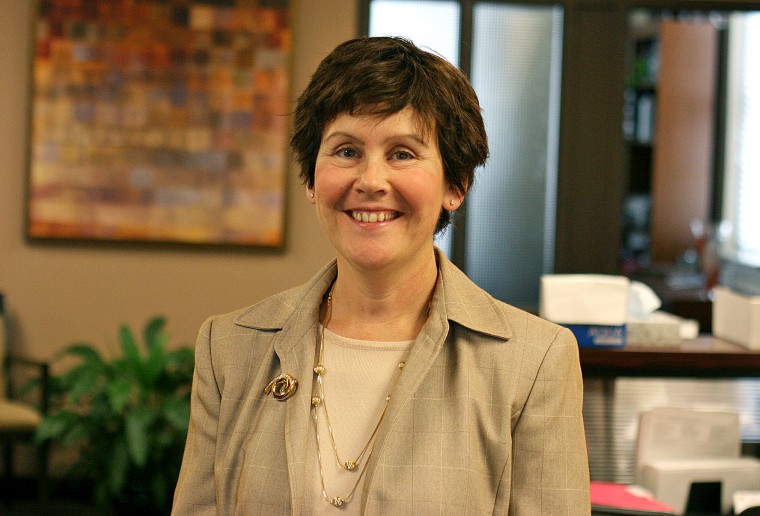 It’s a story of a Terp rookie and a Terp veteran.

Hummel, who started at the university Aug. 16, replaced Pat Mielke, who could not be reached for comment. After 25 years at two other universities, Hummel said she gets a dose of Terrapin pride every morning when she walks along McKeldin Mall — one of her favorite spots on the campus — to her office in the Mitchell Building.

“[It’s] very collegiate; you really feel like you’re at a prestigious university,” Hummel said. She has spent the last month scrambling to meet with the heads of the departments she oversees — Residential Facilities, Resident Life, Transportation Services, Dining Services and Conferences and Visitor Services — as well as students and other officials.

Hummel said she is still very new to the position and is focusing on developing relationships at the university. But once she has done so, Hummel said, she hopes to improve the university by helping to provide not only quick solutions to problems but also strategic examination of issues to make lasting changes.

This university faces many of the same challenges as other large schools, Hummel said, such as aging facilities and balancing student concerns with a tight budget, and said she looks forward to helping solve them.

“I’m very excited to be here,” she said.

Hummel, a Pittsburgh, Pa., native, graduated from Penn State with a communication degree and then returned for a master’s degree in counseling and student affairs.

Kirkland-Gordon’s story is a little different.

She applied on a whim for an internship at this university in 1988. She had no idea she would continue to call the university home more than two decades later.

She landed at this university’s Counseling Center as a predoctoral intern, which was an intensive training experience for graduate students in psychology.

But when her yearlong internship ended, Kirkland-Gordon wasn’t ready to leave. Instead, she took a job as a staff psychologist in 1990 and, in 1998, became the training director for doctorate level internships.

Kirkland-Gordon, who is replacing Vivian Boyd as the center’s director, said she truly loves counseling students and serving as a mentor to graduate students.

In her new role as Counseling Center director, which began Aug. 2, Kirkland-Gordon said she has been filling her days with meetings with other directors at the university, dealing with any problems that arise and starting her self-assigned task of meeting with the center’s approximately 60 staff members one-on-one.

“We’re here to make sure our students get a quality education. … It’s about seeing someone move from one place to the next; move from a place of few options to many options,” she said.