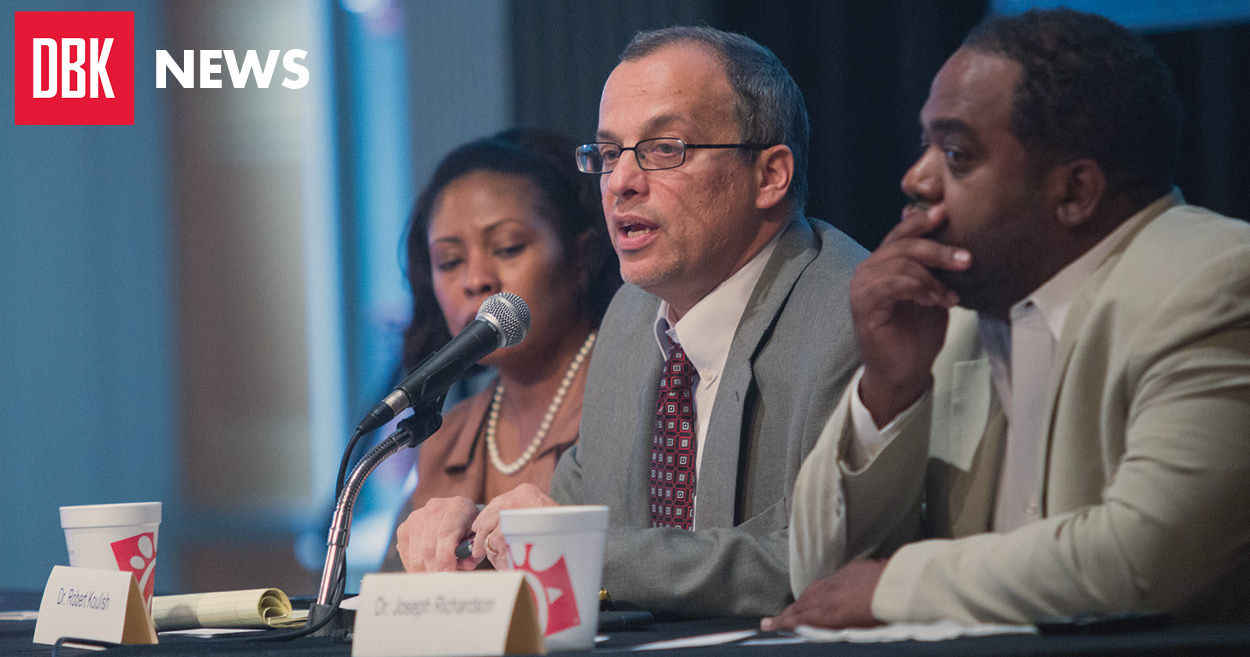 The Aug. 9 shooting of 18-year-old Michael Brown, an unarmed black male, in Ferguson, Missouri, sparked a wave of protests that captivated the nation and opened up a dialogue on race, militarization of law enforcement and police brutality.

On Thursday, this conversation came to College Park with the African American studies department’s “Beyond Ferguson: Campus Town Hall,” a free event attended by more than 350 community members.

The panel’s prepared remarks, which ranged in topic from racial profiling to police militarization to racial socialization, were followed by a question-and-answer session designed to encourage people to express their views, query the experts and suggest policy changes.

Odis Johnson, the moderator of the event and a professor of African-American studies, convened the town hall with the understanding that the events in Ferguson were national issues, not particular to one area of the country.

“The dynamics at work extend from historic inequalities that have not been rectified, way back to the civil rights era,” he said. “The issues — racial justice, community empowerment, economic empowerment, the experience of black bodies within institutions — are being played out in communities nationally.”

Police at ‘Beyond Ferguson’

His interest in Ferguson, which extends from his research focusing both on urban community sociology and black children and adolescents, propelled Johnson to travel to Ferguson with Missouri Highway Patrol Capt. Ron Johnson and Ferguson Police Chief Thomas Jackson to learn about police reform and community needs.

For African-American studies professor Joseph Richardson, the issues at hand are personal; he said he has experienced them throughout his life.

Though he grew up next door to a police detective in Philadelphia, moving out of his hometown showed Richardson that not all officers would treat him with respect. In one year, living in New York City, Richardson said he was “stopped and frisked” on seven separate occasions, none of which resulted in a citation — a result of racial prejudice and stereotyping, he said.

“We don’t live in a post-racial nation,” Richardson said, “and I’m a living, breathing embodiment of the data.”

While Richardson focused on the experience of black males in urban environments, Robert Koulish, director of MLaw, examined the growing militarization of police forces nationwide through federal departments’ distribution of military equipment to local and state law enforcement units.

To Koulish, the events in Ferguson were not isolated, but part of a systemic history of excessive force against protests that can be traced back historically — and could presage future incidents.

“Conditions are right around the country for Fergusons to happen again and again and again,” Koulish said, “unless we all stand up, take action and force politicians and elected leaders to get involved and make policy changes.”

Tate Jawdat, a senior government and politics major, attended the town hall after hearing about it in one of her courses. Already involved in Washington politics and armed with personal political views, Jawdat said she was eager to hear the student body’s ideas about policy changes, systemic changes that could prevent similar incidents in the future.

“It’s so important to see all of the faces here, interested and active in politics on campus,” Jawdat said. “It’s showing solidarity through class, racial and ethnic differences. Students need to stand up and speak on these issues, with voices of education and knowledge, if any change is going to happen.”

In response to a question on how to inspire the college-aged generation to embrace the importance of civil rights, Richardson stressed first and foremost that citizens educate themselves, not only in classrooms, but also with an understanding of the world and the institutions around them.

“I tell my students, the progress of the ’60s began in college campuses and dormitories,” Richardson said. “If you surround yourself with like-minded, progressive people, you can begin to make change. This is happening now, it’s happening in your generation, and you can do something about it.”