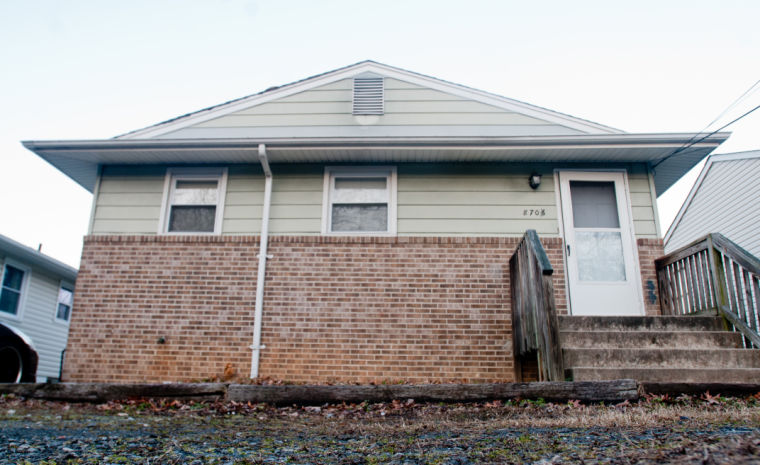 Two students died and one student suffered non-life-threatening injuries Tuesday morning in what police described as a murder-suicide at a house on the 8700 block of 36th Avenue, about a block from the northern edge of the campus, Prince George’s County Police said.

The shooter reportedly lit a small fire in his basement, which prompted two of his roommates to go downstairs and see what was happening. The three students went to the front of the home, where the shooter shot one roommate and then the other when he tried to flee. He then went to the back of the home and shot himself, police said.

The incident follows a recent string of armed robberies. Here’s a map of where all of the crimes, including Tuesday morning’s incident, have occurred.

The Diamondback will provide live coverage all day as information becomes available along with student, police, university and city reaction. Follow @thedbk on Twitter for live updates.

2:20 p.m.: The news conference has ended and more information will be reported as it’s received.

2:15 p.m.: The university has recently increased the number of psychologists on the campus, Loh said, adding gun control and mental health are national issues, but for today, the university is focusing on the victims.

2:08 p.m.: The student who was transported to the hospital with non-life-threatening injuries is in surgery this afternoon, police said.

2:06 p.m.: Graduate student Dayvon Green, 23, reportedly carried out the shooting, county police said at the news conference. Detectives discovered a 9 mm handgun next to the suspect, as well as a bag of weapons, including multiple rounds of ammunition, a baseball bat and a machete.  He used the handgun to shoot his roommates, police said.

Green had suffered from mental illness for at least a year, police said, and purchased the handgun legally during that time.

“No matter what you are feeling, if you’re feeling sad, angry or scared, it’s all OK,” said Madison Higgins, the Help Center’s administrator. ”Remember it’s important to reach out if you’re feeling overwhelmed in any way.”

2:00 p.m.: In an email to the university community, Loh wrote officials are committed to providing assistance to students, faculty and staff.

“The West Chapel is open today for reflection and a chaplain is available until 5:00 p.m. A Community Memorial Gathering is planned at the Chapel tonight at 7:00 p.m., and I hope you will join me there,” he wrote.

A news conference should be underway momentarily.

1:45 p.m.: Doug Klein, who lives on the 8800 block of 36th Avenue, said the circumstances of this morning’s shooting don’t make him feel less safe, though the recent slew of crime has been cause for alert.

“I think a lot of people are very concerned about it, especially considering there’s been an increase in armed robberies and now this to top it off,” the junior aerospace engineering major said. “And I think that’s making people think a lot more about living off campus and more about safety issues.”

1:10 p.m.: Although a celebration of the Lunar New Year was scheduled for tomorrow at the president’s residence, university President Wallace Loh said it has been canceled because the community is in mourning.

County police will lead a news conference at 2 p.m. where Loh and University Police Chief David Mitchell will also be present.

12:42 p.m.: James Galatola, who lives on 36th Avenue, said he and his roommates watched their surroundings transform Tuesday morning from a dark narrow street to a road “lit up with emergency vehicles.”

After about 20 minutes, they saw emergency personnel bring a “bundled up” male out on a stretcher.

“As far as I know, this is a domestic dispute that escalated significantly so it’s not a real public-safety concern,” said Galatola, a senior mechanical engineering major.

However, he added, a crime alert didn’t reach his phone until after the situation was relatively developed.

“I think it actually didn’t show up in my email until 1:45 a.m.; they usually come in pretty late for me,” he said.

12:35 p.m.: “I heard eight or nine shots, or what I thought were shots, I don’t know. I joked around with my friends, maybe people were shooting up the place next door,” said Jaime Salazar, a senior environmental science and technology major who lives on 35th Avenue. “Maybe 15 minutes later I see all these lights, and there were cop cars, ambulances.”

Though shaken by the shootings, Salazar still does not feel unsafe where he lives off campus. Before the murder-suicide, he said, “The most I’ve heard happen around here is breaking into a car.”

“I’ve been here 30 years and I’ve never seen anything of this magnitude,” Limansky added.

12:05 p.m.: The university’s counseling center said students can come in for emergency counseling without an appointment.

11:40 a.m.: The University Senate’s Campus Affairs Committee might focus on personal safety at its Friday meeting in light of Tuesday morning’s incident and the recent string of robberies, members said.

“It’s horrible. It’s like the worst thing that you can imagine happening on a college campus,” committee Chairwoman Marcy Marinelli said. “It may be that we’re just going to have to really look at personal-safety issues and how can students protect themselves on campus.”

11:10 a.m.: Senior Marshall Jay said he heard gunshots as he was leaving his neighbor’s 38th Avenue home this morning.

“I was just reaching my door when I heard a couple gunshots, and I turned around and yelled to the guys’ house I came out of, ‘Did you hear that? Those are gunshots,'” the communication major said.

While the incident was jarring, Jay said, he does not feel unsafe in his neighborhood.

“My roommates were kind of freaking out, but we were getting over it,” Jay said. “When [a crime] is a couple streets away and close to home, it makes us think more about it. … I thought police handled it pretty well overall.”

10:45 a.m.: Students at South Campus Dining Hall said they were frightened that such an incident could happen so close to the campus.

“If it can happen a mile away from me, it can happen 10 feet from me,” said Oluboni Agbaniyaka, a freshman enrolled in letters and sciences.

“I never thought that could happen at a school like this,” added Chad Moeslein, who is also a freshman enrolled in letters and sciences.

10:10 a.m.: Students said they were stunned by the news of two student deaths in Tuesday morning’s incident. Twin government and politics majors Ida and Aden Daniel said Tuesday’s shooting, on top of the recent slew of robberies, makes them feel even less safe.

“I think that it’s really scary. Lately, there’s been a lot of crime, but it’s been robbery, robbery, robbery,” Ida Daniel said. “Now it’s a murder, so it’s really scary.”
“I just don’t feel safe anymore,” Aden Daniel added, mentioning that the night before, unrelated to the incident on 36th Avenue, she had told a friend that if she did not arrive at her destination on time, he should “do something.”
As seniors living on the campus, both said they felt they were in the safest place they could be.
“This just makes me happy I live on campus. Once you’re off campus, it’s just every man for himself,” Ida said. “It’s just been steadily getting worse and worse.”

9:35 a.m.: Senior Kirk Vallespin, who lives just a few houses down from where Tuesday morning’s murder-suicide occurred, said he “got scared” after seeing the University Police alert at about 1:15 a.m.

“It’s a shooting, and it’s near a house so it’s unexpected, and it’s like four doors down,” Vallespin said. “What if they came to our house or something?”

“The University of Maryland community awoke this morning to heartbreak.  We are all shocked and saddened by this morning’s tragic events.  We extend our deepest sympathies and prayers to the families and friends of the victims.

During times of loss, community and support are essential components for understanding and healing.  I ask that the entire University of Maryland family come together during this time of grief.  On campus, our places of worship and the Counseling Center are open for those who need support and comfort.  Ours is a university of great resolve.  Together, we will emerge from our collective sadness.”

8:13 a.m.: The original report that suspects were seen in a tan Honda Odyssey was a result of miscommunication over police radio, according to University Police spokesman Sgt. Aaron Davis.

7:44 a.m.: Police and officials are still working to notify families of the involved students, Loh said.

Officials are “marshalling all of our resources to address this tragedy,” he said.

6:55 a.m.: County police received a call of a shooting early Tuesday and responded to find three male university students had been shot in an apparent murder-suicide, spokeswoman Julie Parker said in a news conference.

The preliminary investigation revealed the suspect, who lived in the home, lit a fire in the basement.

“Two roommates went downstairs to see what was happening, and all three individuals left the home and went outside to the front of the house, where the suspect began shooting,” said county police spokeswoman Cpl. Maria McKinney.

The suspect shot one of the students and then proceeded to shoot the second roommate as he was fleeing, police said; the individual then went to the back of the house and shot himself.

One of the victims was pronounced dead at the hospital and the other was transported to the hospital with non-life-threatening injuries.

Officers recovered a weapon on the scene and are not looking for any additional suspects.

2:12 a.m.: McKinney is en route to the scene to address media on the reported shooting, which the department  referred to as a “death investigation” in a tweet at 2. a.m.

1:50 a.m.: County police could not immediately be reached for comment.

1:30 a.m.: Prince George’s County Police reported a shooting off the campus Tuesday morning, at the 8700 block of 36th Avenue.

The suspects were seen in a tan Honda Odyssey, according to a crime alert sent at 1:17 a.m.

University Police did not have additional details as of 1:30 a.m. Officers were responding to the scene, located off Metzerott Road near University Boulevard.

“We heard the call go out over the county’s radio and that’s what brought our attention to the call,” said University Police spokesman Maj. Marc Limansky. “We’re going up there to obtain further information.”

Check back for updates.