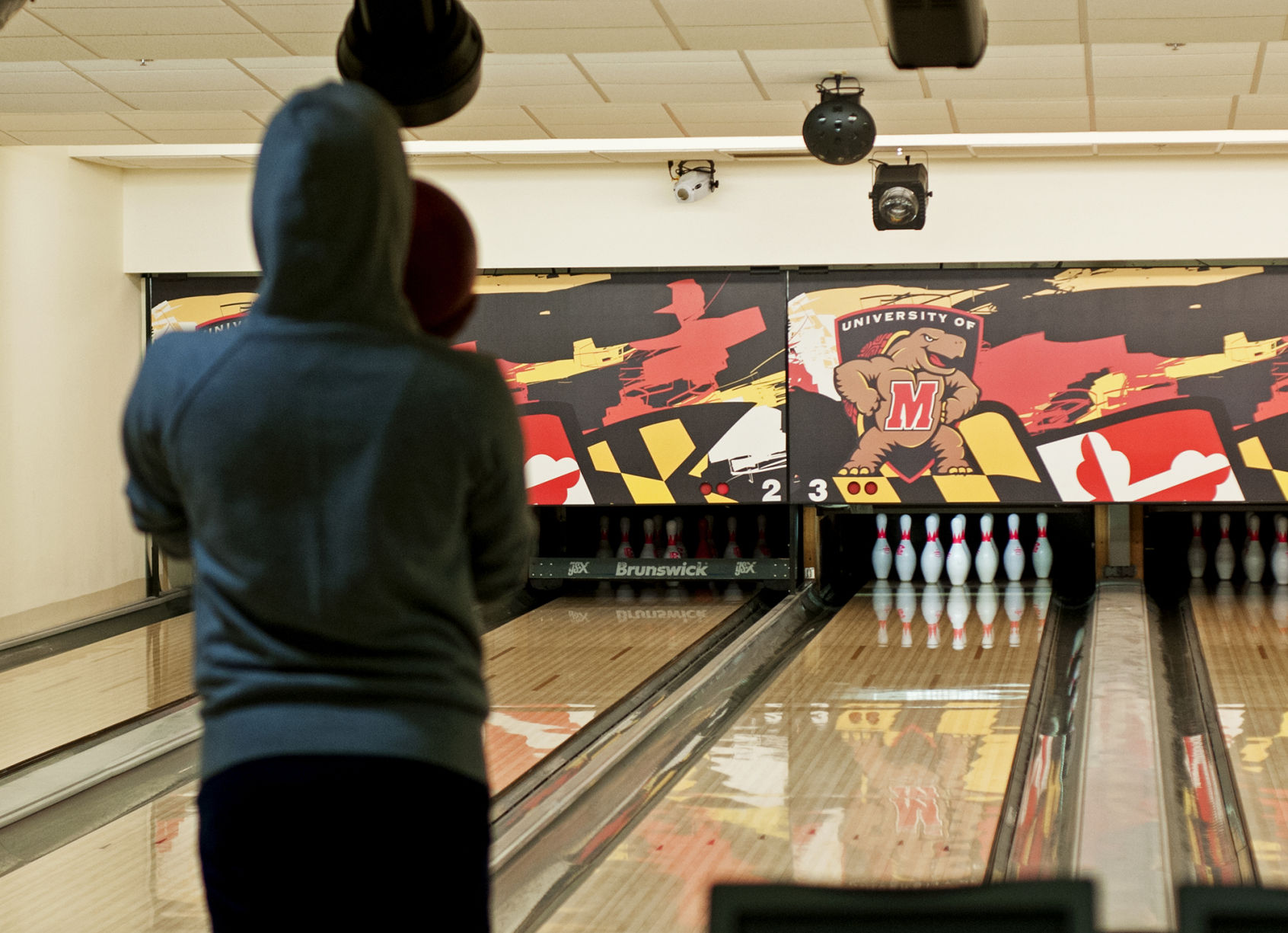 We all know it — that corner in the basement of Stamp Student Union that continuously plays Top-40 hits, the same place that floods the entire floor with the smell of those not-quite 6-inch subs from Subway.

TerpZone, one of many mysterious places you and your friends always intend to visit, nestled near the Maryland Food Co-op and University Bookstore. Well, my friends and I made the seven-minute trek from North Campus to finally give it a chance.

Just like the co-op, TerpZone is this odd hole-in-the-wall everyone thinks they know how to react to. With that said, it’s entirely underrated. For an inexpensive time well spent with friends, TerpZone offers entertainment away from the usual Route 1 scene.

In some ways, it’s the college students’ version of a Chuck E Cheese’s. There’s bowling, billiards and tons of seating to watch your choice of sporting events. Of course, don’t forget about Subway, a mainstay for those $5 footlong cravings.

Whoever first thought of TerpZone probably intended for it to be a weekend hot spot in the middle of campus. My friends and I went on a Friday evening to check it out, however, and the place was empty.

Getting a lane was no problem. Remember to bring socks if you plan to bowl — no one wants to stick their bare feet in those bacteria breeders. And don’t forget your pool-shark skills too, if that’s your thing.

Bowling was a good time — it’s the classic, super-competitive, semi-athletic game in which you are either ready for the Olympics or you throw the ball into the gutter every other turn. I’m by no means a pro, but I had a couple of shining moments. I didn’t win either of the two games my friends and I played, but we all agreed it was worth our time.

Billiards is also an option at Terpzone. I didn’t play, because the only pool experience I’ve had is with a Wii, but three of my friends decided to pass on bowling (I can’t imagine why) and go for the green felt tables instead.

Pool is $5 for students, and you can play as long as you want. Again, the lack of people made for a relaxing, fun game — because they didn’t have anyone breathing down their necks, vying for their table. The equipment isn’t in bad shape, despite being in the center of a college campus. My friends had a good time (although I think they really missed out on the bowling).

Overall, Terpzone gets a bad rap on the campus. It’s a low-key but enjoyable outing with friends. I think the lack of people definitely helped make it relaxing — I’m not sure how fun it would be crowded. Yes, it costs money, which is a downer (shouldn’t our Student Activities Fee cover this?), but you can use Terrapin Express.

And, every Friday and Saturday from 8 p.m. to 1 a.m., they have “Cosmic Bowling,” with funky disco lights and prizes. So go get your groove on at TerpZone, Stamp’s hidden gem.