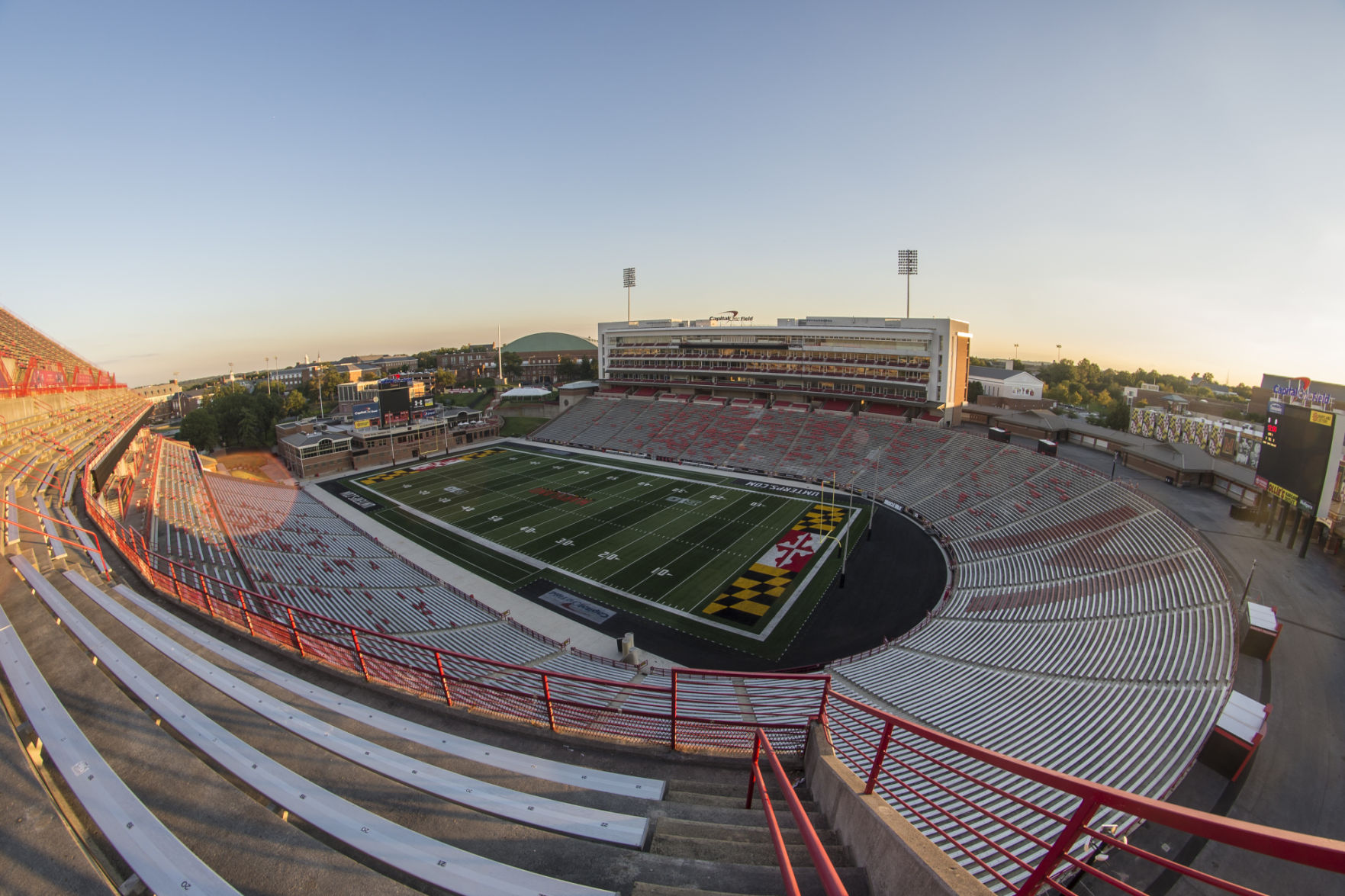 University officials hope to turn Byrd Stadium into a 'zero-waste' facility, as part of the Drive to Zero Waste inititiative.

University officials hope to turn Byrd Stadium into a ‘zero-waste’ facility, as part of the Drive to Zero Waste inititiative.

With the move to the Big Ten attracting more people to sporting events, this university has had to accommodate an increase in waste.

As a part of the Drive to Zero Waste initiative, a joint effort of Intercollegiate Athletics, Facilities Management and Dining Services, university officials are making efforts to turn all athletic facilities on the campus into “zero-waste” facilities, diverting 90 percent of waste from landfills to composting and recycling stations, starting with Byrd Stadium.

“It’s a very ambitious project,” said Andrew Muir, Sustainability Office spokesman. “But I think it’s going to take some time in terms of not only educating people, but also dealing with the larger crowds that they’re going to be getting.”

The initiative, which will add new waste-sorting stations in athletic facilities, received a $40,000 grant from this university’s Sustainability Fund. The stations will reduce the amount of materials going to landfills and provide the compactors needed to handle the compost, said Student Government Association sustainability director Ori Gutin.

The junior environmental science and policy major said a key component of the initiative is a plan to educate students about composting and recycling at all sporting events.

“On campus, we’re doing a lot of great things, and I think students and faculty are definitely aware of … what sustainability is and how they can lead a sustainable lifestyle, but there’s always room for improvement,” Gutin said. “Especially with composting, it’s something that people are still kind of figuring out.”

The project has already implemented some of its promised goals, such as making use of compost and recycling bins with prominent signage explaining what goes in each bin, said Joshua Kaplan, associate athletic director for facilities, operations and events.

Kaplan said the university also plans to replace all condiment packets at concession stands. Condiment dispensers, such as the ones provided in the dining halls on the campus, create the most landfill waste, said Allison Lilly, sustainability and wellness coordinator for Dining Services.

“This is a great endeavor that we’re literally in the infancy of — we’re just starting,” Kaplan said. “Even though we implemented everything that we said we would implement, and all our action plans are underway, our goals are not achieved, and we know it won’t be achieved overnight.”

Season ticket sales are up 25 percent this year, and this university’s average attendance during the first two games was 46,620, a 25 percent increase compared to the 37,380 average from last season, Kaplan wrote in an email.

Kaplan said that even though reducing landfill materials and diverting compostable and recyclable items is important, waste can’t be reduced without cooperation from those attending the games: students, staff and fans. Staff members will be at the waste-sorting stations to explain where items go, he said.

The initiative also held a Byrd Stadium waste audit on Sunday to measure landfill waste, as well as the amount of recyclables and compostable materials that would have been sent to landfills, said Bill Guididas, Facilities Management recycling coordinator.

Without the audit results, which have yet to be released, those collaborating on the project will not be able to move forward, Guididas said.

“They’re taking some good steps this year,” Muir said. “But I think there’s definitely going to be room to expand.”