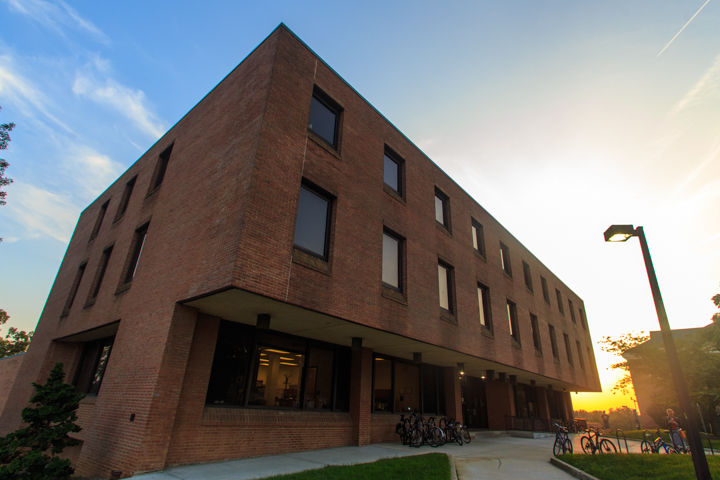 The Board of Regents will vote Friday whether to rename the Art-Sociology building to honor Parren Mitchell, the state's first black congressman and a graduate of this university.

The Board of Regents will vote Friday whether to rename the Art-Sociology building to honor Parren Mitchell, the state’s first black congressman and a graduate of this university.

This article has been updated to reflect the results of the Board of Regents vote.

The University System of Maryland Board of Regents unanimously approved Friday a proposal to rename the Art-Sociology Building in honor of the first black graduate student to take classes on the campus and graduate from the University of Maryland, officials said.

A decorated war veteran, Parren Mitchell applied to this university’s graduate school in 1950 but initially was denied because of his race. After filing a lawsuit, he was accepted and earned a master’s degree in sociology in 1952.

He later served as the first black congressman from Maryland and the first from any state south of the Mason Dixon Line since 1901, advocating for civil rights and minority-owned businesses.

University President Wallace Loh requested approval of the proposed name change Sept. 23, according to documents obtained by The Diamondback.

Loh wrote that the university system’s facility and program naming policy encourages the commemoration of “individuals who are both preeminent in their field of endeavor and/or have contributed meaningfully to the University System of Maryland or any of its constituent institutions.”

The Mitchell Building, which houses this campus’ Office of the Registrar, is named for Parren Mitchell’s brother Clarence, a leading NAACP lobbyist and civil rights activist. A passing vote would honor both brothers on the same campus.

“It is necessary and perhaps overdue to recognize this man,” said senior sociology major Colin Byrd. “He helped pave the way for people like us in College Park.”

Byrd, who is leading an initiative to rename Byrd Stadium, said distinguishing Mitchell on the campus would promote a more inclusive environment for minority students. Byrd, along with some student groups, says the football stadium’s namesake, former university president Harry Clifton “Curley” Byrd, was a racist and segregationist.

“Parren Mitchell made sure we had a seat at the table,” Byrd said, “but Curley Byrd is still enshrined here at the stadium.”

Loh recently formed the Byrd Stadium Naming Work Group, which will provide him with a list of alternative name ideas.

Other students said the name change for the Art-Sociology Building would demonstrate the university’s commitment to justice and social equality.

“Some of these buildings do already have names of distinguished figures on them, like McKeldin, Hornbake, Kim,” said architecture and engineering major Michael Molyneaux, who works in the Art Library in Art-Sociology. “It would be more fitting for this building to have a name attached to it, especially with someone who represents so much of sociology.”

CLARIFICATION: A previous version of this article stated Parren Mitchell was the University of Maryland’s first black graduate student. There were three black graduate students — Rose Shockley Wiseman, Myrtle Holmes Wake and John Francis — who received degrees at this university the year before Mitchell did, but they did not take classes on the campus and only came to College Park for the commencement ceremony.