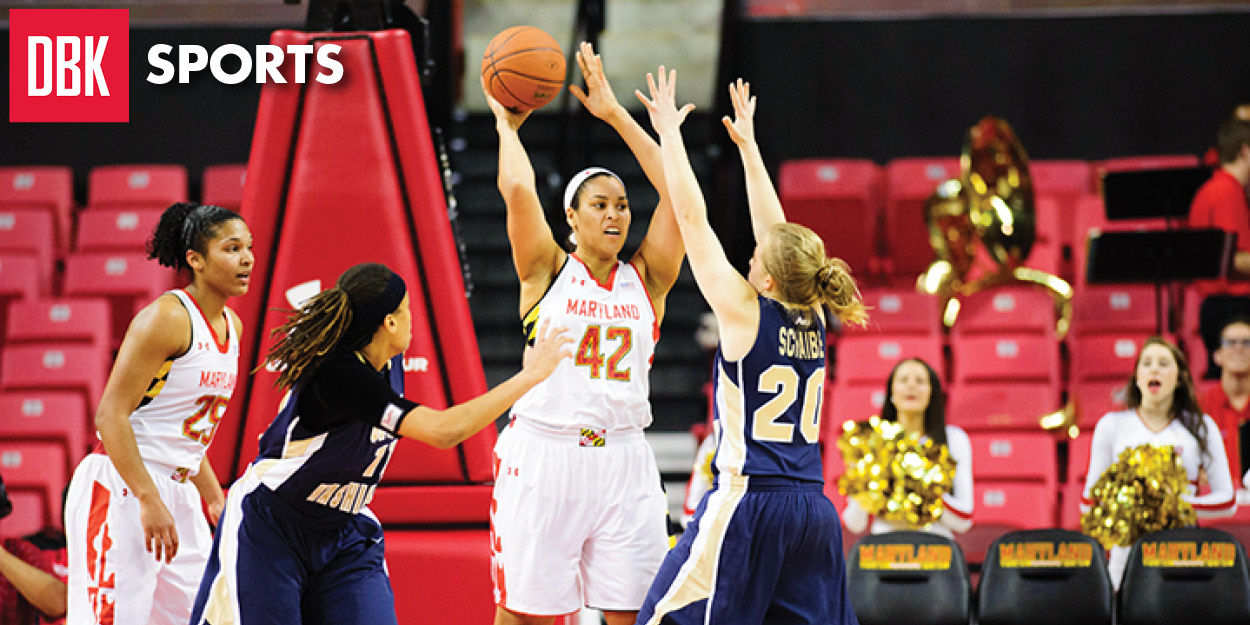 As Terrapins women’s basketball coach Brenda Frese addressed reporters Oct. 21 at the team’s media day, she seemed eager to embark on the program’s inaugural season in the Big Ten.

In her 13th year as head coach, Frese expressed her satisfaction with the experience her younger players gained during a run to the Final Four last season. Frese highlighted her team’s athleticism, and she even seemed confident a balanced team effort could disguise the scoring void left by forward Alyssa Thomas, the program’s all-time leading scorer.

But there was one aspect of the game for which Frese couldn’t display that same excitement. With the departures of Thomas and center Alicia DeVaughn — who rank No. 1 and No. 9 in total rebounding in program history, respectively — Frese doesn’t have an established force on the boards.

During Frese’s tenure, the Terps have relied heavily on gaining an edge on opponents by outrebounding them. Since Frese came to College Park in 2003, the Terps have possessed a positive rebounding margin every season.

Lately, it has been arguably the most dominant aspect of the Terps’ game. During Thomas and DeVaughn’s four years at this university, the Terps averaged at least 10 more rebounds per game than their opponents.

Still, center Brionna Jones, whom Frese mentioned as the primary candidate to shoulder the rebounding load, believes the Terps can continue their dominance on the glass.

“It’s going to be hard to replace Alyssa and Alicia, what they brought rebounding wise to the table,” Jones said. “But I think with the post players that we have this year, and even the guards, we will be able to make up for it, and we will be in the position that we were last year and continue our rebounding legacy.”

Jones was the lone bright spot on the offensive end in the Terps’ 87-61 defeat to Notre Dame in the Final Four last season. The 6-foot-3 sophomore went 7-of-10 from the floor to lead the Terps with 16 points, but she wasn’t able to provide a difference on the boards.

Notre Dame grabbed 50 rebounds that game and the Terps had just 21 boards, which marked the lowest total in Final Four history.

As the Terps prepare for a Nov. 14 season opener against Mount St. Mary’s, Jones’ average of 4.5 rebounds per game — which is less than half of Thomas’ 10.9 — is the most of any returning player. Guard Shatori Walker-Kimbrough isn’t concerned, though. She thinks the Terps will use a team effort to find success on the glass.

“That’s mostly our identity,” Walker-Kimbrough said. “Maryland basketball is defend, rebound and run. If we can all collectively do it then we can get the job done.”

Even if they’ve been a staple of the program, the Terps don’t expect rebounds to come easy in their new conference.

“When we get to the Big Ten we are not going to just be able to jump over people,” guard Laurin Mincy said. “We are going to have to hit them with a body because they are obviously very physical.”

That starts with the post players like Jones and 6-foot-4 center Malina Howard — the tallest player on the team — but it also means the guards will need to chip in. Guard Lexie Brown expects to help secure rebounds but still be able to lead the Terps on fast breaks.

But as the season approaches, the Terps don’t have dominant rebounders to look to for confidence.

“That’s the shock that we are dealing with right now,” Brown said. “We just have to buckle down and get that dog in us because rebounding really comes down to who wants it more.”