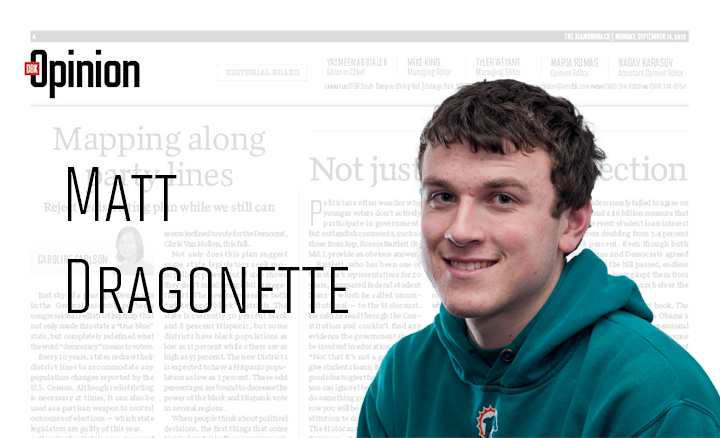 If you have ever driven in Prince George’s County, Montgomery County or Washington, you have seen the extensive array of speed and red-light cameras. College Park is no different, with several speed cameras on such student-trafficked roads as Metzerott Road and Route 1.

As one of many commuter students, I am not alone in having to worry about these cameras each day. The $40 (or more) fine is bad enough, but driving becomes more hazardous around the cameras. Governments and advocacy groups claim the cameras prevent accidents, are not intended as just a revenue source and do not infringe on citizens’ rights.

But are these claims true?

The government says the cameras reduce accidents and bad driving, but a New Jersey Department of Transportation report shows otherwise: major intersections were seeing as much as a 20 percent increase in the number of rear-end collisions after red-light cameras were installed. Drivers were choosing to speed through unsafely or brake too early for fear of getting ticketed.

On Interstate 95, which has several speed cameras, I have narrowly avoided being hit by cars braking hard and swerving to avoid the cameras. During rush hour, the cameras cause a huge bottleneck, which adds about 10 minutes to my commute. Route 1 is the same way  — I have had to pull off the road to avoid rear-ending a car braking too hard to avoid a camera.

Proponents of the cameras also say they are not intended as a revenue source but rather as a way to protect “children and schools,” as Howard County has emphasized. If that is the case, why do they always seem to put the cameras immediately after the speed limit drops? (I am looking at you, Metzerott.)

Look at the example of Elmwood Place, Ohio, a town of about 2,100 residents that raked in $1.5 million in one month from speed cameras after the government failed to notify the residents about the cameras or their rights. In Washington, where the cameras earn about $80 million annually, the fear of declining revenue has encouraged the mayor’s office to plan on installing 90 new cameras next year.

Clearly, the speed camera is a high-stakes game. But in this game, ordinary Americans are needlessly hurt. To a worker earning $10 an hour, a $60 fine represents more than half a day’s wage. Yet a lawyer might laugh off the fine or even successfully argue his or her way out of it. If the government wants to make money, there are definitely more fair ways to do so.

Perhaps the most worrisome aspect of speed cameras is their infringement on civil liberties. First, private companies often run the cameras, making them de facto police officers who profit from ticketing. Second, the cameras give off the eerie impression of a 1984-esque surveillance state in which the government can remotely keep us in order without even needing a court system to try and convict us.

I am not saying to speed on our roads or to avoid paying any fines you are charged with. We need to drive safely, and there has to be an enforcement system. But before you ignore the news about new speed cameras, remember there are real-life consequences for you and your neighbors.

Matt Dragonette is a sophomore accounting major. He can be reached at mdragonettedbk@gmail.com.