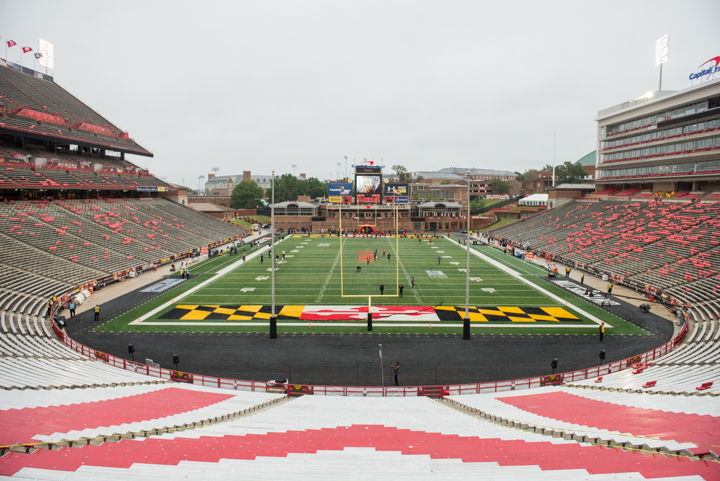 University President Wallace Loh’s recommendation to change the name of Byrd Stadium on Monday led to a wide range of reactions from current and former students as well as notable state figures.

“For some African-Americans and other people of color, the name ‘Byrd Stadium’ conveys a racial message hidden in plain sight,” Loh wrote in a letter to the University System of Maryland Board of Regents.

Johnny Holliday, the play-by-play radio announcer for Maryland football and men’s basketball for 36 years, said he didn’t have much attachment to the stadium’s name and is surprised by the uproar over it.

“It’s a place you play, my goodness,” Holliday said. “Sometimes people read too much into stuff like that, to be honest.”

The university recently had a ceremony for the newly named Parren J. Mitchell Art-Sociology Building, named after the civil rights leader and 1971-1987 congressman.

Michael Bowen Mitchell, nephew of Parren Mitchell, said he was “exalted” when he heard the news and commended Loh for the decision.

“It’s such a magnificent victory,” Mitchell said. “I’m rejoicing in it. It’s been such a long effort to right the egregious acts of Curley Byrd.”

Former All-American quarterback Jack Scarbath has a unique history with Byrd Stadium. The Heisman Trophy runner-up threw the first touchdown in the stadium in 1950 and laid the cement for the stadium’s seats the summer before his freshman year.

Scarbath, 85, said Byrd deserves more credit for the work he did for the system and praised his efforts in fundraising and campus development. The stadium’s name should not change, he said.

“I heard about them changing Byrd Stadium because someone didn’t like what Dr. Byrd did,” he said. “Dr. Byrd was probably one of the, if not the single, largest builder of the College Park campus.”

Scarbath recalled that at the time, there were no African Americans, not just at College Park, but at many campuses throughout the country. Scarbath, a former board member for the system, said if he had known this issue would come up, he would have “strongly put my voice out there for Dr. Byrd” while on the board.

Black Student Union President David Garrett first heard the news through Twitter and said Loh’s stance on such a “delicate situation” surprised him.

“I was definitely shocked to hear it come straight from him,” the senior accounting major said. “It’s a step forward, but the battle’s not over. It’s a step in the right direction, but you can’t get too lackadaisical and lazy now.”

Kristian Sooklal, a 2013 university alumnus and a current football season-ticket holder, said his initial reaction to the news was “disappointment.”

“Curley Byrd was an instrumental figure in making Maryland athletics historic and helping them rise to national prominence,” Sooklal said. “To come to the point where his name is taken off the stadium is overstepping the bounds of what President Loh should be doing for the University of Maryland.”

As a minority himself, he said he understands the social issue perspective but said only the athletic achievements of Byrd should be considered.

The work group report listed the risk of “losing or isolating alumni, donors and political supporters” as an argument against the name. Sooklal said he is considering not renewing his season tickets.

Senior sociology major Colin Byrd said the recommendation was a good step forward, but he is concerned with the potential five-year moratorium for future renamings that Loh included in his letter to the board.

Specifically, Byrd advocated that the stadium be renamed after former football player Darryl Hill and hopes that can still be a possibility instead of Loh’s recommended new name, Maryland Stadium.

“I do want President Loh to understand that I do appreciate, and we collectively appreciate, his consideration of the voices that have been raised over the course of these several past months,” said Byrd, who is not related to the stadium’s namesake. “I think this should have happened. Black students and minorities deserved it to happen, but it doesn’t mean we don’t appreciate it.”