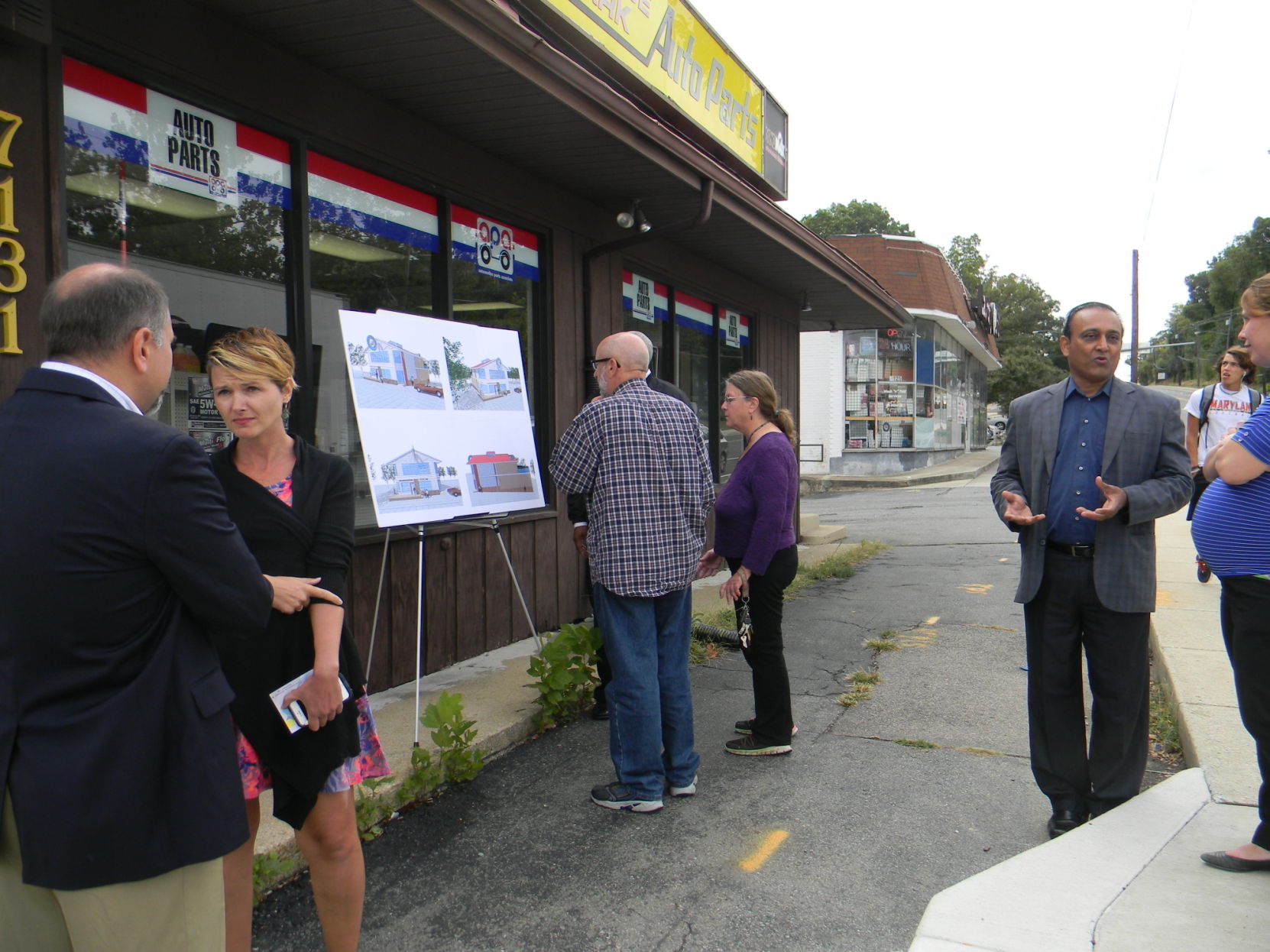 Owned by the same management team as the longstanding Plato’s Diner across the street, the new establishment seeks to provide “healthy, sustainable foods that are localized, environmentally friendly and affordable” to students and the local community, said Michelle Akaras, who co-owns both restaurants with husband Tony Akaras and business partner Mona Patel.

The coffee house, slated to open in the same location as College Park Auto Parts, will offer craft beers and wine and serve as an artistic venue, with art showcases and live entertainment at night, said Eric Olson, executive director of the College Park City-University Partnership.

“Right now, there’s no place to go to showcase art to the community,” Akaras said. “College Park has a lot of great things, but one thing we don’t have is a community space.”

Multiple trips to Greece inspired the Akaras family to develop a business model for an active, inclusive space — one they hope will draw people of all ages and incomes, Akaras said.

“In Greece, their coffee shops are cornerstone,” Akaras said. “People gather a lot in coffee shops, and there’s no separation in terms of age.”

Akaras said she visualizes a space that attracts students, businesspeople, families and local artists. Unlike Plato’s, which is a sit-down diner with a full-service wait staff, the new restaurant will “be more relaxed” and will provide areas for students to bring their laptops, hold group meetings and patronize local talents, she said.

Book signings, poetry slams, live entertainment and children’s book readings could also be prominent features of the restaurant, she added.

Olson, a leader of the initiative to transform College Park into a top-20 college town by 2020, said a new restaurant that “celebrates the arts and local music” would contribute to the city’s overall development plan.

“There’s a lot of efforts to bring more restaurants and more stores to this area,” Olson said. “This is a greater piece of that puzzle … a walkable, creative, artistic place.”

The proximity of the establishment to the College Park community is an added benefit, Akaras said.

“I love Busboys and Poets, but I live two blocks from here,” Akaras said. “I want to be able to walk.”

Many students embraced the idea, noting that the city lacks an affordable nearby restaurant that offers more than just fast food.

“Except for Busboys [and Poets], there’s nowhere nice to go here,” junior public heath major Angela Greene said, adding she will “100 percent” be sure to patronize the new restaurant when it opens.

“As long as it’s pretty, it’d be awesome,” Black said. “We need a place to bring parents, because I know whenever mine come to visit, Busboys [and Poets] is our only option.”

However, some students said they fear the College Park area may not suit the artistic nature of the restaurant.

“I know the arts have struggled at Maryland a lot,” said Olivia Brann, a former theatre major who graduated last spring. “But it would be a cool thing for Terps to have.”

Structural developments should begin this spring, Akaras said. An architect is currently working on the drawing, engineering and permitting processes, and Tony Akaras “is working really hard to develop a menu,” his wife said.

Tony Akaras noted the restaurant’s name is expected to be announced in the next few months.

“Sometimes you have to be the one who starts something in the community,” Michelle Akaras said. “This embodies who we are and what we want to do — having a reasonable business that serves the community … [and] attract[ing] students to be long-term residents.”