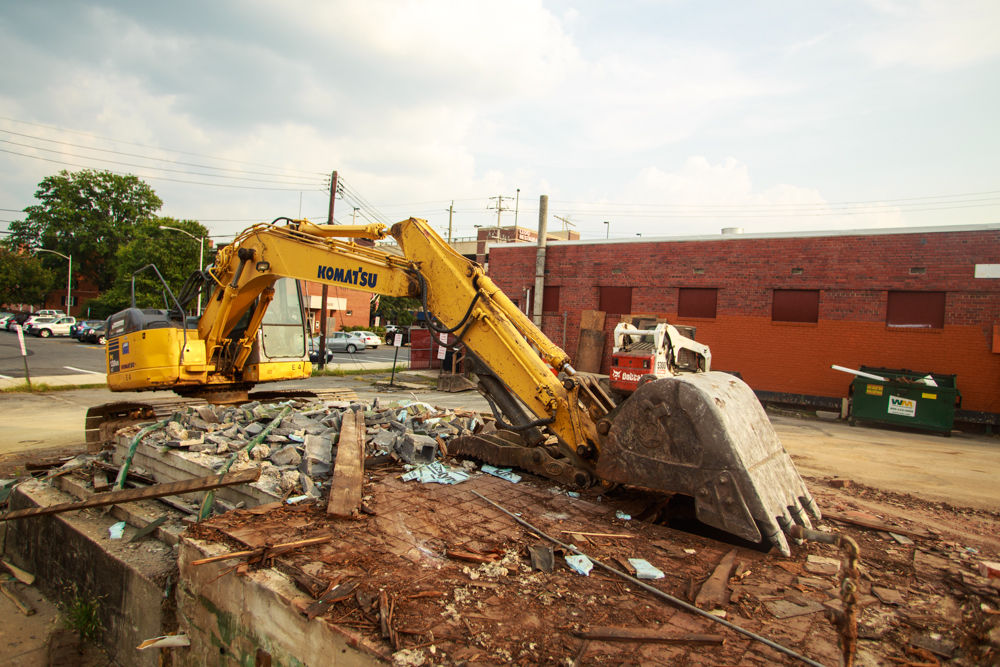 This site formerly housed the Little Tavern, which has now been destroyed.

This site formerly housed the Little Tavern, which has now been destroyed.

After sitting vacant since 2008, a building that was once a prominent fixture in downtown College Park was demolished Tuesday morning, according to a university official.

Ed Maginnis, the university’s assistant vice president of real estate, said the 6,743-square foot building on Route 1, which was previously the Little Tavern, was taken down Tuesday at 7:30 a.m.

The building on the 7400 block of Route 1 near Subway, built in 1938, was an Old English Cottage-style roadside restaurant that was famously known as “Club LT” because of its popularity for greasy hamburgers late at night, said Aaron Marcavitch, the executive director of the Maryland Milestones program and the Anacostia Trail Heritage Area.

Marcavitch said he is not sure why nothing else took over from the restaurant, but he said he thought the space could have been reused.

“We believed that the building’s exterior, because it came apart and could be put back over a new shell, could be reused in a project such as a small diner or perhaps a scoop shop with the UMD Dairy ice cream,” he said. “We suggested ideas such as in the new innovation district since they are striving for some level of authenticity.”

Sophomore criminology and criminal justice major Tyler MacDonald said he supported the demolition because the building has not served a purpose for seven years.

“If no one has been there since 2008, it is a good opportunity for someone else to make money if this place is just wasting time and space,” he said.

Marcavitch said he and the heritage area group offered the “services of the organization to help build a partnership to potentially reuse the building in place or in a new location.”

Maginnis said university President Wallace Loh reached out to him when the group was interested in the building, which is owned by University of Maryland College Park Foundation. An agreement could not be reached.

The Diamondback reported in July that the vacant space will be used as an outdoor community area. Maginnis confirmed that is still the plan.

“The foundation made a very good decision by not only beautifying downtown, but giving people a place to stop and hang out in downtown,” said Robert Day, a District 3 city councilman.

The outdoor area being put temporarily in its place will be a small urban park with benches and tables so community members and students have a place to enjoy outdoor meals and potentially food trucks, said Carlo Colella, the university’s vice president of administration and finance.

Marcavitch said the outdoor community area could be good for the growing district, but preserving historic parts of College Park should continually be kept in mind.

“We want those same residents, elected officials and university members to know that if historic places such as the airport and historic homes are imperiled, we will try to help protect the history of the region,” he said. “And that same opinion stretches to the arts, to natural resources and to the community and the culture. We can make this region better with our history.”

Sophomore biology major Melissa Alvarez said she thinks demolition is a positive because not having vacancies makes cities look better.

“I know by building nicer things, such as art galleries and places for people to hang out, will make College Park a lot nicer than it is,” she said.