Capital Bikeshare in College Park postponed due to cost increases 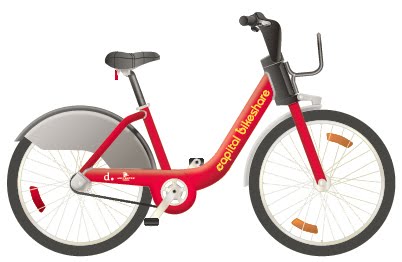 The launch of a new bike share program on the campus, originally scheduled for this semester, has been tentatively pushed back to the fall because of unexpected costs, DOTS officials said.

If implemented in College Park, Capital Bikeshare, which now serves Washington, Arlington, Va. and Alexandria, Va., would allow members to pick up one of 64 bikes from eight stations on the campus and in the city and then drop it off at any station. But due to costs not anticipated in the initial proposal, Department of Transportation Services officials are unsure whether the bikes will be on the campus by the start of the fall semester, said Beverly Malone, DOTS assistant director.

However, Alta Bicycle Share, the company that manages the Capital Bikeshare programs, has proposed additional launch expenses of $60,000 to $100,000 that were not part of the initial contract, Malone said.

“We have a significant increase in costs,” she said, adding that so far, it is unclear where the additional funds will come from.

While DOTS said the city is looking into possible funding options, City Planner Jonathan Brown said he could not give any information on budgetary matters.

Another hurdle to overcome, Malone said, is an increase in operation expenses.

“The state grant was only meant to get the project started,” she said.

Alta Bicycle Share has changed its pricing system for the bikes and docks, Malone said. To avoid a higher annual membership fee, the university will have to consider building only three bike share stations on the campus instead of a planned four, Malone said.

The helpfulness of a bike share program would depend on that annual fee, said Hector Escobar, who is pursuing a doctorate in aerospace engineering. If officials would have to charge students more, “they better just use the funds for something else,” Escobar said.

Nana Asare, a graduate electrical engineering student, said he would consider using the service if he needed transportation on short notice. However, he agreed the university should consider investing elsewhere if the program isn’t affordable.

“They should instead put the money into the bike shop to get more bikes for rental,” Asare said.

Monica Hernandez, an official from Washington’s District Department of Transportation, said the costs of maintaining bike sharing in College Park are higher than in Washington because the system is smaller and the locations of the stations would be farther from the main operation.

Despite the obstacles, the university is eager to implement the system on the campus, Malone said.

“It is the best scenario for those who otherwise commute in a car,” she said.