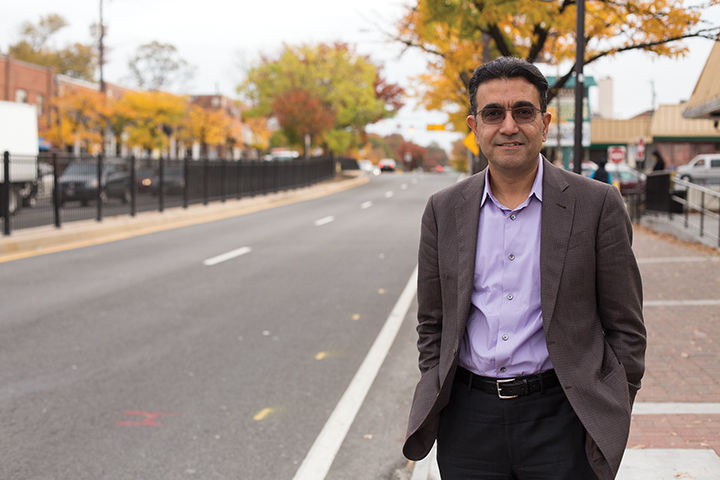 Omar Blaik poses for a portrait on Route 1.

Omar Blaik poses for a portrait on Route 1.

During his first day working with the university, Omar Blaik heard complaints from administrators about PowerPoint presentations with lofty goals and no execution. He said he sensed cynicism within the university community toward any development projects and failed to see productive collaboration between the university and the city of College Park.

Now, about three years later, Blaik, founder and co-CEO of U3 Advisors, said something fundamental has changed.

The city and university have been collaborating on projects and plan to make a series of announcements in the coming weeks as part of the Greater College Park vision, according to a news release that will be sent out today.

The vision has a three-pronged approach, focusing on developments on the campus, such as the Brendan Iribe Center for Computer Science and Innovation, public-private research collaborations such as the research park and innovation district and downtown projects such as The Hotel at the University of Maryland. Future development announcements will fit into one of these categories.

The university and city have both been criticized for a lackluster college town with failed businesses and great plans without execution.

Blaik’s real estate development knowledge and Ulman’s expertise in business development are the reasons why “things are starting to roll,” Loh said.

Breaking ground at The Hotel at the University of Maryland served as an “anchor” to attract other businesses to the area, Loh said.

There have been numerous announcements over the past six months such as a TargetExpress opening under the new Landmark apartments, a physical therapy clinic in the city, the university’s partnership with Uber, the art house project where The Barking Dog used to be and Loh chairing local charter school.

The announcement is the result of collaboration with Prince George’s County, the city, the University of Maryland College Park Foundation, the College Park City-University Partnership, alumni, local developers and other groups, according to the news release.

“It’s an incredible sense of not only can-do spirit, but a sense that we are going to do it with the community, not against the community or force the community to do it,” Blaik said. “All of that just ushers a very different set of dynamics and ushers in a new era of possibilities within College Park.”

The announcements coming up will focus more on short-term efforts to indicate where the university and city are headed, Ulman said.

“This is a long-term vision that will not be accomplished overnight, but we can kick-start it with some rapid developments,” Ulman said. “We want more people to work here, to live here and to study here and to be entertained and dine and shop here, and it’s all part of creating the university town.”