Southland, one of the best dramas on TV, deserves to be renewed 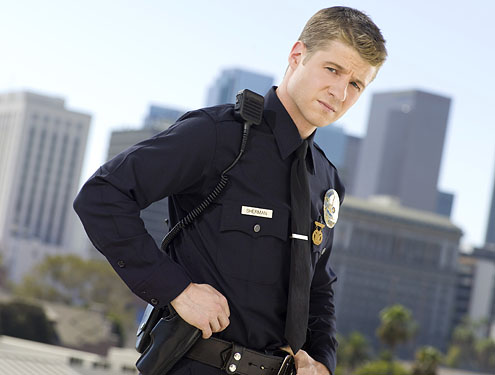 Southland's grim portrayal of working cops makes it one of the best dramas on TV.

Southland‘s grim portrayal of working cops makes it one of the best dramas on TV.

We could all stand to purge a few cop shows from the nation’s collective television diet, but TNT’s Southland isn’t one of them.

From Law & Order: Special Victims Unit to Criminal Minds to any number of CSI or NCIS spinoffs, the TV police procedural is the modern nickel-theater melodrama. Formulaic plots, static characters and 15 minutes of commercials create the perfect blend of mindless thrills to satiate the bored masses.

As that genre continues to sink deeper and deeper into an unforgiving, critical rut as vast as the one occupied by reality television, it drags with it one of television’s most sorely misunderstood programs: The Los Angeles-based cop drama Southland.

Originally slated as NBC’s replacement for ER back in 2009 — both shows appeal to the civil-servants-facing-emotional-turmoil niche — Southland’s cynical, often-brutal take on the human condition was too much for mainstream audiences to handle and the show was canceled after only one season.

Thankfully, the show was saved by TNT, a channel known for its own brand of straightforward episodic programming. The channel’s slogan is “We Know Drama,” but its lineup comes nowhere near the quality of competitors such as AMC and FX.

TNT’s pedigree aside, Southland has blossomed into one of the best shows on any station, which makes it even more of a shame that no one is watching it.

For the uninitiated, Southland follows a group of patrol cops, detectives and assorted lowlifes as they battle to survive on the streets of Los Angeles. Dealing with issues ranging from racial violence to drug abuse to sexuality, Southland’s writers rarely pull any punches in their painfully realistic descriptions of life in the law enforcement hierarchy.

The show has a strain of nihilistic hopelessness coursing through its veins, depicting characters who search endlessly for some form of happiness before death, which is always lurking just around the corner.

It’s intense, yes, but Southland’s producers have always handled the show’s darkest episodes with a wit and cinematic style that’s hard to turn away from — every episode starts in medias res before turning the clock back a few hours.

Marked by the heavy use of Steadicam, there is rarely a moment when the audience doesn’t believe they are right in the action with the patrol officers.

Meanwhile, the full breadth of the law enforcement experience is handled expertly with one of the show’s great narrative conceits — following different patrol officers on 911 calls. Instead of adding cheap thrills, the calls, whether hilarious or terrifying, often act as comments on the characters’ development or the world at large.

On season five’s “Under the Big Top,” a tepid action scenario — man robs bank, flees, cops pursue — becomes a commentary on greed when the thief starts flinging cash at bystanders. As Officer Ben Sherman (Ben McKenzie, Decoding Annie Parker) struggles to subdue the robber on a train, the citizens don’t attempt to help him at all. When Ben, who barely escapes with his life, finally puts the man in handcuffs, a woman from the crowd comes up and starts grabbing the cash again.

The show’s outstanding cast handles these tough issues with ease.

Among Southland’s main cast is Officer Sammy Bryant (Shawn Hatosy, Body of Proof), a tough Hollywood detective who returns to the streets as a patrol cop at the end of season three. Often battling a malicious wife (and then ex-wife), Sammy is a man with a good heart who can never get himself out of a bad situation. Often, his plot lines reinforce the idea that regular life outside the police force can be even more painful than any single day on the job.

Ben, originally the show’s central character, began the series as the stereotypically self-obsessed young officer, constantly trying to prove that he’s just as good a cop as the next guy.

Southland, however, doesn’t deal in heroes, per se, and by season five, Ben has become a dirty cop of the worst order. Even though we sympathize with his plight, his fall still stands as an aching reminder that no one can ever be perfect.

Similarly, Detective Lydia Adams (Regina King, The Boondocks), though often portrayed as Southland’s moral compass, has spent the fifth season struggling with being single mother. On season five episode “Bleed Out,” she briefly (and frighteningly) considers the possibility of letting her own son die in his sleep.

Meanwhile, the show’s true shining center is Officer John Cooper (Michael Cudlitz, The Grief Tourist), an old training officer who spends much of the series dealing with his own set of secrets, including a drug addiction, his broken relationship with his imprisoned father and his uncomfortably guarded homosexuality.

Evolving over the five seasons, John has become the most wonderfully fragmented character on the show as well as one of the best gay characters in modern fiction, avoiding the cliches of drama for a more contemplative look at the nature of his lifestyle.

It’s this kind of strong character work that has made Southland one of the reasons to keep turning on the television week after week. Now, after season five’s shocking finale, we can only hope TNT will ignore the show’s temperate ratings and embrace it as the classic it is.