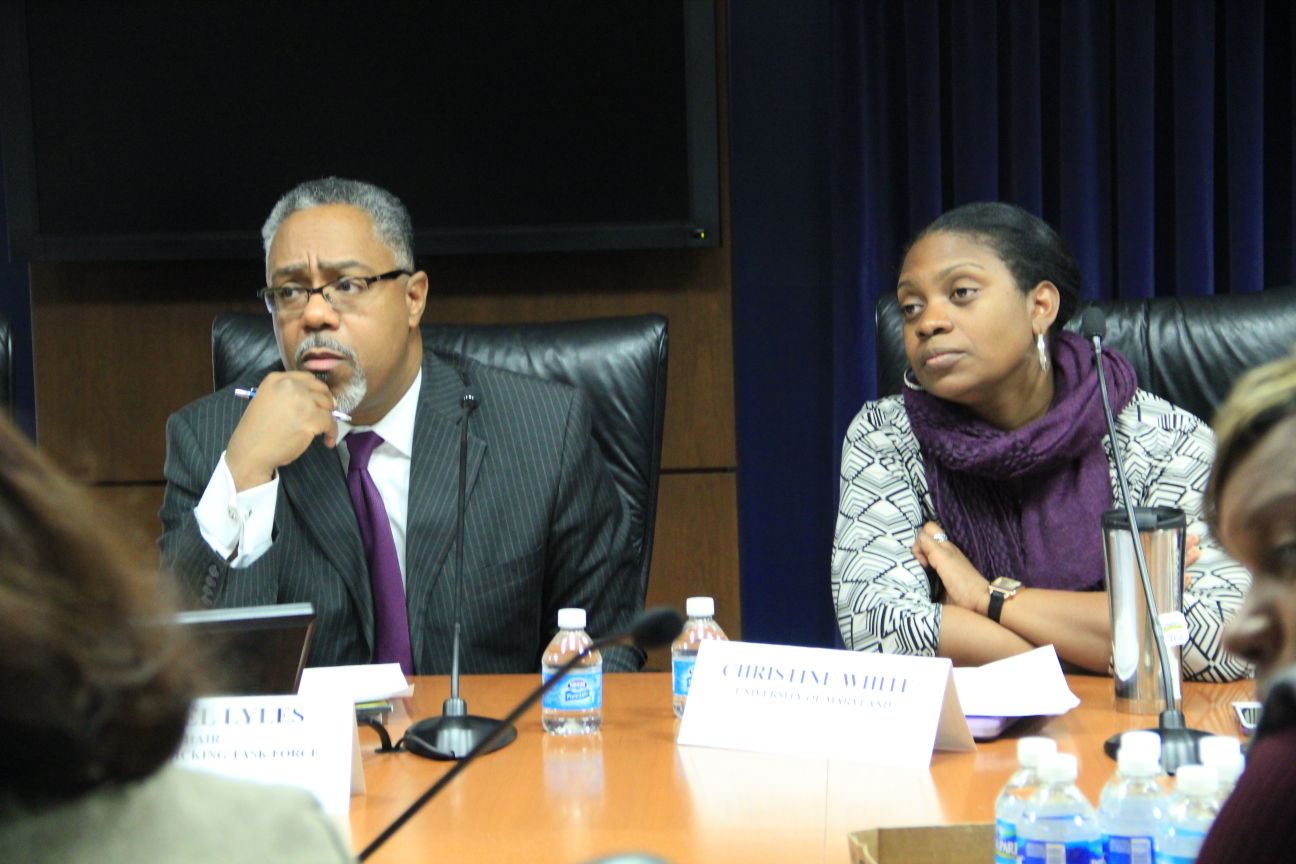 In light of reported difficulties in collecting data about local human-trafficking incidents, county and state officials and students at this university are taking steps to address that problem.

One of the biggest roadblocks in raising support and funds to serve victims and stop perpetrators of human trafficking is a lack of consistency in the data retrieved, said Christine White, a criminology and criminal justice professor at this university and a member of the Prince George’s County Human Trafficking Task Force.

“What ends up getting coded for is arrests in prostitution, and so that calls into question a lot of issues with trafficking and how we understand it,” she said. “It’s that what we use to identify as prostitution may very well be trafficking, but if officers don’t understand that and if we don’t have in place a system to deal with the difference, then we’re not really going to have any record of knowing what the difference is.”

While White said it is clear that trafficking occurs in this county as well as in Washington and Baltimore, it is difficult to define the extent of the problem because of a lack of data and training. There also is not a clearly defined policy on how to handle human trafficking in the county, which could make law enforcement unclear, she said. The Maryland Human Trafficking Task Force victim service subcommittee reported that it assisted 217 human-trafficking victims in this state in 2013, according to a report from the organization.

White has taught the course, CCJS325: Slavery in the Twenty First Century: Combating Human Trafficking, at this university since 2012 while doing research on the topic. White also serves as the chairwoman of the research committee of the county task force, which formed in 2013.

White discussed how the county specifically lacks resources for victims because of the lack of accurate data, so local victims do not know what resources are available.

“Right now, the police department is not in the position to provide any sort of information on human trafficking,” Prince George’s County Police Lt. Jarriel Jordan said.

There are between 100,000 and 300,000 victims of trafficking in the country, said Maddie Clouser, a senior hearing and speech sciences major. Clouser is the president of Students Ending Slavery, an on-campus organization that works to mobilize the university community to participate in present-day abolition through education and events.

“The most important thing I stress to people is that it is happening here,” Clouser said. “There are so many organizations in D.C. that work to combat trafficking, and just that alone says, ‘Hey, there are people here who do need those services.’”

Tina Frundt, the founder of Courtney’s House, a Washington-based resource for trafficking victims, said at the task force meeting that human trafficking is an issue that disproportionately affects women and children. It is equally important to provide resources and awareness for male and transgender victims, she added.

At this university, other students in a Public Leadership Scholars Program course have discussed human trafficking and domestic violence, and they plan to donate roughly $5,000 for the two issues by the end of this semester, said James Stillwell, the program’s assistant director.

“I believe it is the most pressing issue and least-discussed issue in PG County,” said Joshua Turskey, a freshman architecture major enrolled in the course.

Although this issue was among the less popular ones when the class brainstormed donation options, Turskey said he persuaded others to select human trafficking because it is normally overlooked.