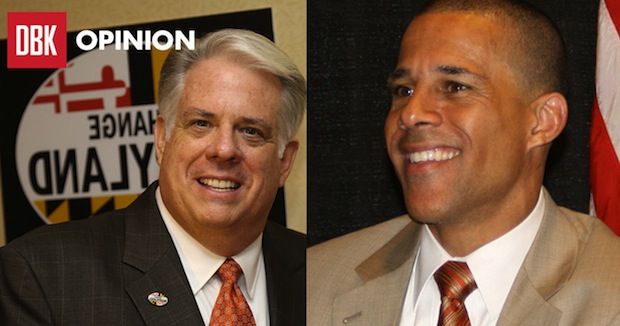 As Election Day approaches, partisan bickering has come to an almost all-time high. As college students, one of the biggest issues on our minds is college affordability, and this November, it might be the key factor determining whom we vote for in this state’s gubernatorial election.

But before we jump into the political arena and declare a candidate to support, one thing is clear: Tuition affordability is nothing to joke about, and gubernatorial candidates should take the issue seriously — both in their platforms and in media advertisements.

Though the ad is compelling, the accusations against Hogan were later found to be false. The ad referred to a proposal to double college tuition rates by Richard Hug, appointed by former Gov. Robert Ehrlich to the University System of Maryland Board of Regents. Hogan was Ehrlich’s appointments secretary, and his position did not involve influencing tuition costs.

Regardless of political opinion regarding either candidate, false claims made to woo the youth vote are the last things we need to see. Many students who attend this university know what it’s like to be on a tight budget or take on thousands of dollars in student loan debt.

Whether we like it or not, this political debacle is relevant to many of us, as we or our families have made at least some sort of financial contribution to this state, even considering that a sizable portion of us don’t reside in it.

The Democratic gubernatorial primaries featured little discussion over higher education. Though Anthony Brown was more focused on higher education than his competitors by, for example, supporting a pledge to cap annual tuition increases at 3 percent for four years, the overall issue of college affordability has yet to be a player on the center stage.

An average of about 20 percent of adults ages 18-24 voted in the 2010 gubernatorial election across the U.S. Considering how potentially influential this voting bloc could be in the upcoming election, we shouldn’t settle for candidates who make false claims to win the youth vote, nor candidates who have little to say about influencing higher education policy.

This election season, candidates running for state office should show that they deserve our vote. We shouldn’t have to go into the ballot box choosing a candidate who we think is the lesser of two evils. Rather, we deserve a candidate who we can trust to handle some of the biggest issues we suffer from today. Whoever we support, we shouldn’t let lies or lackluster platforms continue on until November. As students who should play a role in state policy, we deserve better.