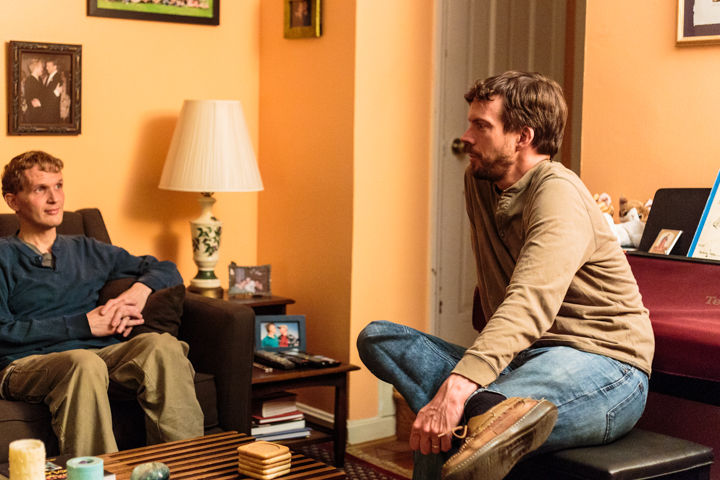 While Patrick Wojahn and Dave Kolesar stood in front of the state court house for interviews, they could hear passersby yelling homophobic slurs.

As partners and plaintiffs in Maryland’s same-sex marriage lawsuit, the two both had experience being interviewed by the media ­— Kolesar’s extended family found out he was gay in an interview broadcast on CNN — but during the court case, they had to speak over protesters to answer reporters’ questions.

Despite advocacy efforts in 2012, the state’s highest court found that the ban on same-sex marriage did not violate the state constitution.

“After we lost the lawsuit, I decided there were a lot of things I was concerned about that I wanted to harness attention to,” Wojahn said.

So in 2007, he ran in the College Park City Council elections and served as a District 1 councilman for the next eight years. This month, he won the city’s mayoral election, becoming College Park’s first openly gay mayor.

Losing the lawsuit did not stop Wojahn from being able to marry his husband, whom he proposed to back in 2003. Wojahn and Kolesar had a religious ceremony in 2005 at Dignity Washington, a gay Catholic group centered in DuPont Circle, Kolesar said.

And after winning the mayoral election in November, Kolesar was the first person Wojahn thanked.

“On all my campaign materials, I talked about Dave being my husband, so it wasn’t a big secret I was gay,” Wojahn said.

He said his experiences with the lawsuit equipped him to face the homophobia during the mayoral race.

“There was a bit of a whispering campaign going around saying, ‘Oh, you know Patrick is gay, right?’” Kolesar said.

One of Kolesar’s friends was approached and told that Wojahn was gay, as though “that would be enough to disqualify him,” he said.

“Somebody who doesn’t want you in office, they need to throw something at you that will stick, and homophobia is an obvious choice,” Kolesar said. “We were a little surprised that kind of attack would be in a local race.”

On the day of the election, Lee Havis, president of Northern Prince George’s County Republican Club, created a flier criticizing Wojahn for his “radical social agenda.”

READ MORE: Creator of campaign fliers says gay candidate has ‘his own agenda’

College Park resident David Keer said the comments made on the flier are reflective of many people’s views in his area of College Park.

“The fact that he did win the election, in part it was a step forward for the city, and in part, being a gay man in Northern College Park, I have experienced some of the tension that comes from my neighbors who are less tolerant,” Keer said.

As mayor, Wojahn wants to engage all residents in the community. One way to do this, he said, is to hire someone to take charge of civic outreach.

“This relates to the way our city interacts with all of the diversity of our residents, not just the LGBT community,” Wojahn said. “There is a lot more we can be doing to engage with all of the different communities. … People still have a way to go in their terms of understanding.”

He has an “uphill battle before him” to convince skeptics that he has the city’s best interests in mind, Keer said.

“Patrick has been long involved in the LGBT community and social justice [work] more broadly, and I have a lot of excitement and faith that Patrick will be great for College Park and the campus,” said Nick Sakurai, the director of leadership initiatives at this university’s LGBT Equity Center.

Being on the City Council for eight years, Wojahn assisted with many initiatives for the city.

After Hyattsville passed a nondiscrimination ordinance, Wojahn wanted College Park to follow with its own.

During his time on the council, Wojahn led a motion to add a provision to the city’s charter declaring that the city would not discriminate because of religion, gender or sexual orientation, among other characteristics.

As a member of the council, he recognized the opportunities facing the city in the coming years and wanted to be at the forefront of those changes.

“I really felt that was the right time to take next the step for me,” Wojahn said. “[We] need somebody with leadership in the city that is committed to creating this new vision of College Park, and I want to be that person.”

CORRECTION: A previous version of the photo’s caption incorrectly identified Patrick Wojahn. It has been updated to fix this error.