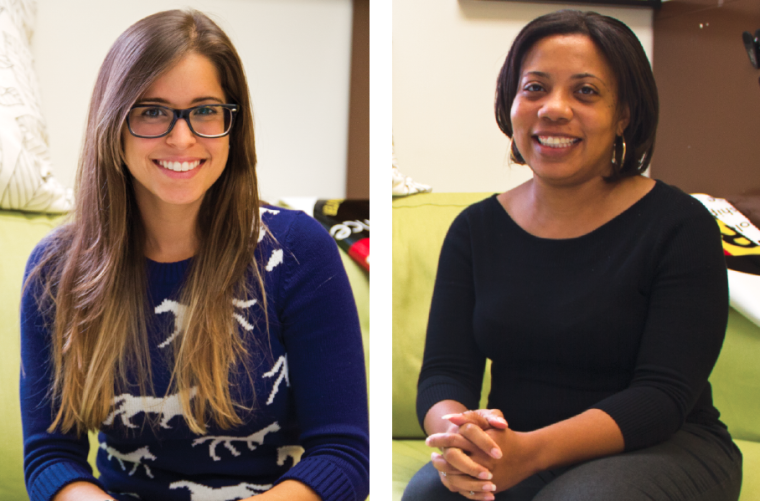 Stephanie Rivero (left) and Fatima Burns (right) will lead a nine-day study abroad trip to Italy in March to study violence against women.

Stephanie Rivero (left) and Fatima Burns (right) will lead a nine-day study abroad trip to Italy in March to study violence against women.

Italy has a lot to offer students looking to study abroad: fine art, classic food and — with a university-run program — valuable insight into handling domestic and sexual violence.

In March, students will have a chance to study abroad in Italy to explore the way the country responds to domestic violence cases and cares for victims. It will be the second such trip run by the University Health Center’s CARE to Stop Violence program.

The trip, built around nine days in Italy, also helps to raise awareness among students about the services offered for victims of sexual violence at this university, said Fatima Burns, CARE coordinator.

“We just wanted to build more awareness about domestic violence and reach out to students who didn’t have any idea about our office and what we do,” Burns said.

Italy is an interesting place for students to study this topic because it’s considered a modern country like the U.S., but it’s years behind in terms of its domestic violence policies, said Burns, a co-director for the trip.

Between 2000 and 2012, 2,200 women were murdered in Italy, according to The New York Times, and 75 percent of those women were killed by partners or former partners. A combination of factors, from lack of social services to inefficient law enforcement, contributes to the epidemic of violence against women in the European country, said Stephanie Rivero, assistant coordinator for CARE and co-director for the trip.

“They’re still in the beginning stages of recognizing it as an issue,” said Catherine Sayikanmi, a senior community health major who went on the trip last year.

Many men in Italy deny that sexual violence is a problem, Sayikanmi said, while many women consider it a private issue and don’t seek help.

And for the women who do seek help, many services and shelters are underfunded and understaffed, and some are almost entirely volunteer-based, Rivero said.

“The services there are very limited compared to what we have here,” she said.

The oppressive culture and over-sexualization of women in the media also stood out to Sayikanmi.

“They have very set gender roles; the women are supposed to stay home and basically be a wife and a mother and nothing else,” she said. “There’s this idea that women exist only to please men.”

Not much is being done on the legal front to prevent the dangerous side effects of these cultural ideas, said Natalia Mier, a senior criminology and criminal justice major who went on the trip last year. Very few laws deal specifically with domestic violence, she said.

“When [the police] get a call about domestic violence, they treat it as they would any other case,” Mier said. “They treat the victims just like other victims of assault and violence.”

Though the U.S. seems to do a better job of handling domestic violence cases than some countries, Rivero said, students on the last trip returned with the realization that there’s more work to be done.