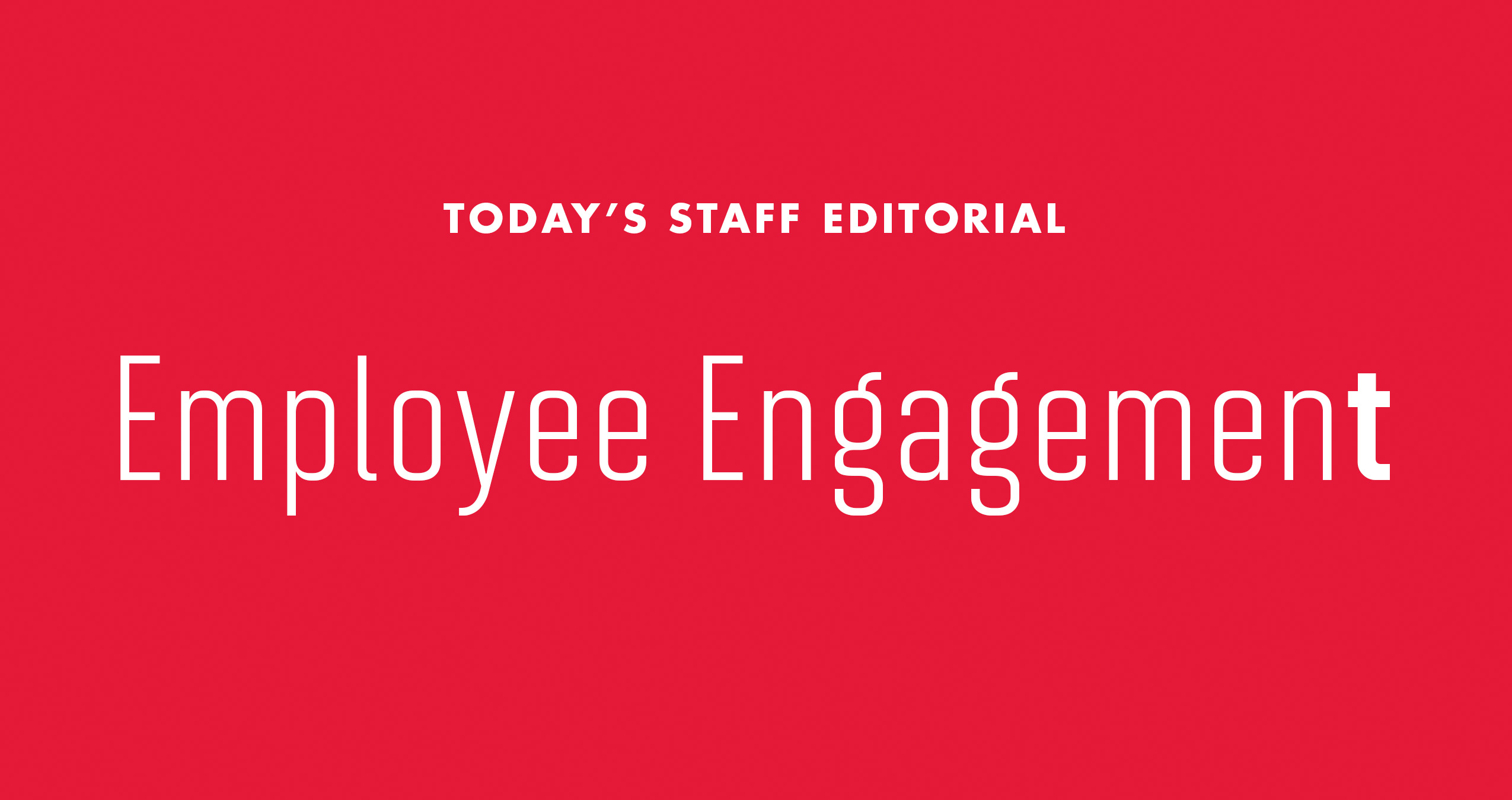 If you’ve ever had an unpleasant experience with a diner employee or an unapologetic professor in your 400-student lecture, don’t feel personally attacked.

A Gallup poll consisting of 6,072 University of Maryland employees concluded that 68 percent of those university employees admitted to being either “not engaged” or “actively disengaged” on the job, according to the study organized by this university’s Center for Leadership and Organizational Change.

The poll, which ran from April 18 through May 10, measured employees overall satisfaction, engagement, inclusiveness and organizational culture in the workplace. The results, released this past Friday, were underwhelming at best.

Gallup recommends a productive work environment should have four engaged employees to make up for every one disengaged worker — a 4:1 ratio. This university currently sits at a 1.78:1 ratio, which happens to be slightly above the national average of a 1.67:1 ratio, sadly.

We wouldn’t go too far as to say that’s something to be proud of. Having more than two-thirds of your workforce being disengaged or actively disengaged, as the poll suggests, is unacceptable in operating a successful and productive university.

While each university department involved was given a commendable four-tier plan to take action on these low scores after the survey was released, this editorial board is hesitant to trust the reliability of this action plan and their aspiration of making this university “the best place to work.”

This four-part Thriving Workplace Initiative plan suggests that they will turn engagement levels around by hosting leader coaching sessions, understanding the survey data, making meaning of that data and planning for action.

However, this calculated and scientific approach to “learn about the science and strategy of employee engagement,” as the action plan suggests, seems a bit too disingenuous and methodical to have a great effect on university employees.

While it is extremely important for the university and its Center for Leadership and Organizational Change to have an organized plan for changing workplace productivity, some of the survey questions make it clear that this lack of employee engagement comes from day-to-day interactions between employees and their superiors.

Using a five-point scale ranging from strongly disagree to strongly agree, our employees’ satisfaction landed in the lowest percentile for questions such as, “I always trust my organization to be fair to all employees,” “My supervisor or department chair creates an environment that is trusting and open” and “Everyone at UMD is treated fairly regardless of ethnic background, race, gender, age, disability, or other differences not related to job performance” to name a few.

Obviously an organized plan of action can never hurt when dealing with low engagement and satisfaction levels among employees, but let’s not overthink this. A healthy and productive work environment starts with supervisors creating an environment where employees can be themselves and thrive, not be a cog in a machine.