This new app will help you buy drinks faster 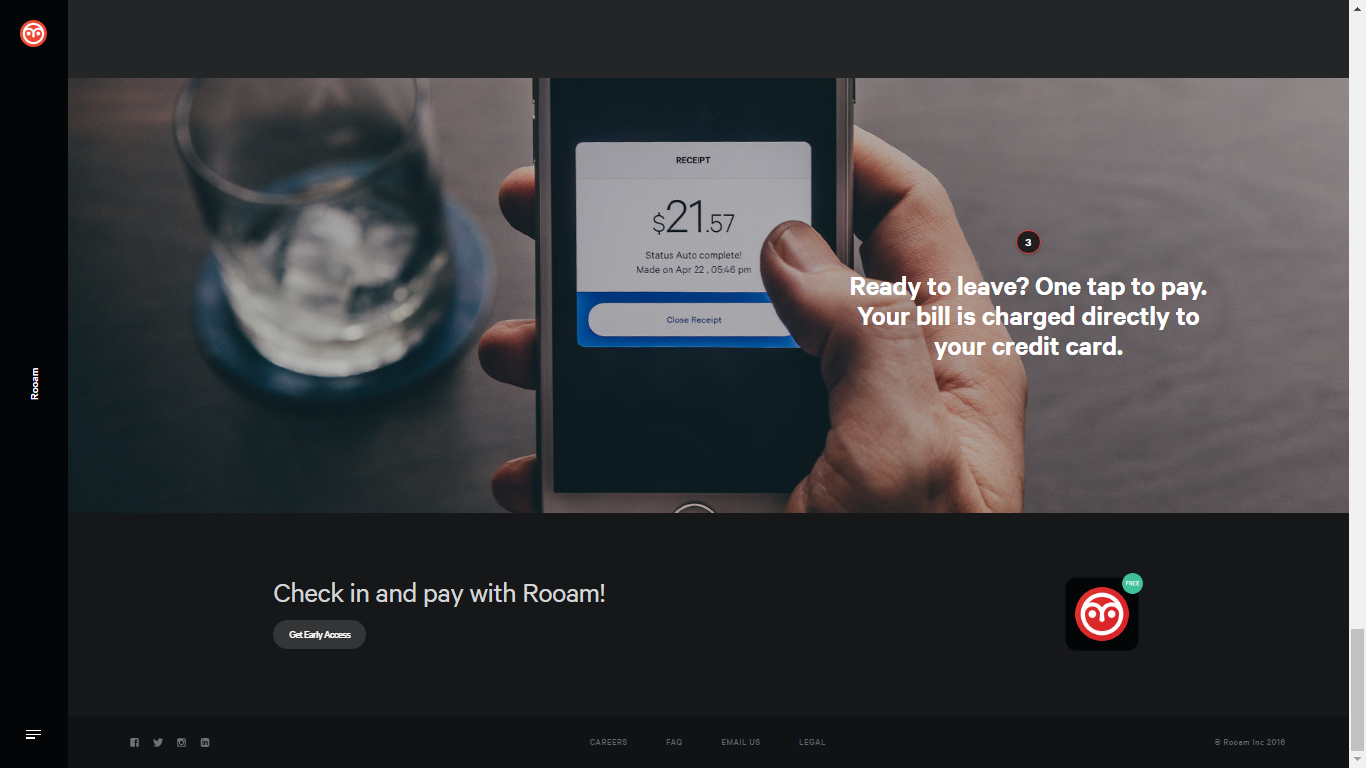 Two years ago Junaid Shams was trying to close his tab at a bar, but was forced to stay an extra three hours because the bartenders lost his credit card.

“Why isn’t there a simpler way to pay for food and drinks in a more efficient process?” Shams asked himself. At that moment, on a napkin, he developed the answer: Rooam.

According to its website, Rooam is the world’s first socially connected mobile payment app, allowing users to “pay for drinks, explore local events, and find friends at bars, clubs and restaurants,” all at your fingertips. Though a beta version launched for a handful of users in April, Rooam will be available for both iPhone and Android users later this summer, Shams said.

The app aims to streamline the payment process, allowing for paperless billing and more efficient service on the establishment’s behalf. Because Rooam keeps track of everything its users order, bars can avoid accidentally overcharging patrons and dealing with chargeback, Shams said.

“Let’s say you ordered 10 drinks, but were charged for 12,” Shams said. “Credit card companies side with the user. With our app, we eliminate the problem of chargeback.”

Ademola ‘DJ’ Akisanya, a senior communication major at the University of Maryland, started as Rooam’s photography intern about eight months ago when the company was much smaller, he said. Akisanya realized halfway through his internship that Rooam lacked social media presence, and eventually became their communications and social media director, managing the website as well as Rooam’s social media pages.

“It’s grown exponentially,” Akisanya said. “I actually came in before the original explosion happened. When I first came in, we were doing a lot of work in preparation for this tech conference called Collision.”

Collision took place in New Orleans in late April, which is when Rooam’s first press release came out. Akisanya said the app received such an “incredible response” from media and different investors, that Rooam is now looking to launch in New York or Chicago, in addition to Washington, D.C.

Despite being the co-founder and CEO of Rooam, Shams said he never expected to work in app development after graduating from the The George Washington School of Medicine and Health Sciences in 2012. But now, working on the app is his full-time job, he said.

Rooam will not be limited to bars, however, as Shams also hopes to partner with restaurants that have a great bar scene and high foot traffic, he said. Shams also said his team is focusing on Washington in its search for potential partners, but college towns are an attractive demographic as well.

“We were going to reach out to bars in College Park, try to get them installed before we launch the app,” Shams said.

Senior education major Christina Moon met Akisanya because he reached out to her earlier this year to model for a portfolio he is currently working for Nike Women’s training. Moon said she was impressed with how Akisanya’s creative skills have grown since then.

“He’s always out taking pictures for them [Rooam], meeting with new managers or owners or places,” Moon said. “I just feel like his networking skills are pretty awesome, too.”

Akisanya is thrilled to have a full-time position with Rooam this summer, but he said he will cut back on hours once the school year resumes.

“Rooam is definitely something exciting to be in because I’ve been able to work with [the app] from the ground up,” Akisanya said.