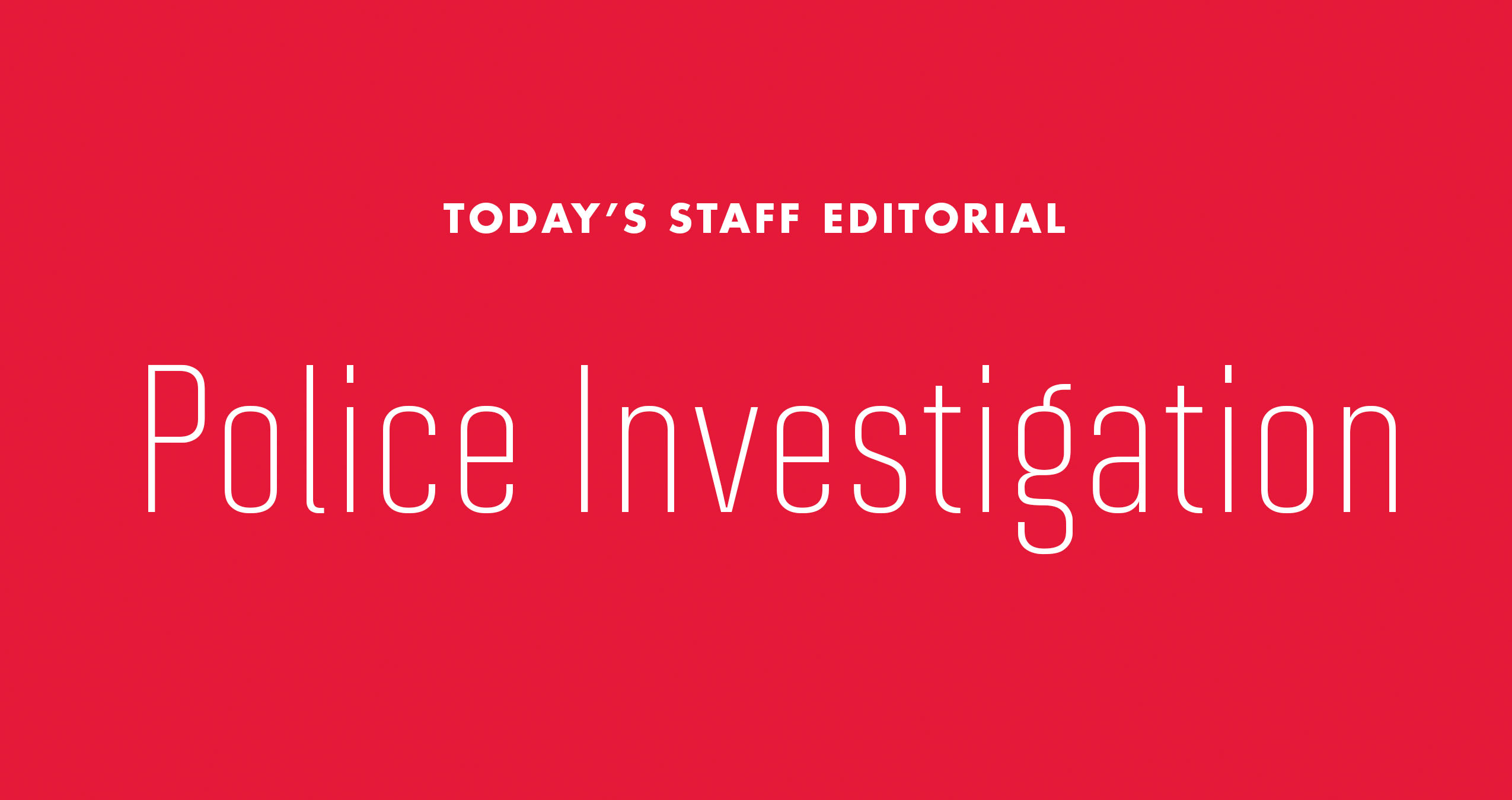 Last Thursday, the University of Maryland Police Department released the results of their investigation into the May 21 pepper spray incident at a Courtyards party. For those who might not be familiar with the situation, the police used pepper spray and force to break up a party of predominantly black recent graduates.

Their actions prompted immediate backlash on social media and an investigation – which is now finished.

On Thursday, Police Chief David Mitchell atoned for the actions of his department and acknowledged that the situation did not have to happen. I want to applaud Mitchell for his efforts to render a timely and fair investigation, to review use of force guidelines and to suspend an officer found applying pepper spray incorrectly.

This editorial board also commends the decision to release some of the body camera footage at the discretion of the partygoers involved in the pepper spraying.

But we would be remiss if we failed to mention what we see to be a decision couched in deliberately vague language.

Intentionally or not, the results of the investigation are somewhat unclear. While the police department has made the respectable decision to review their use of force guidelines, what those guidelines are remains wholly unknown. And while the report clearly justifies the decision to use pepper spray to break up partygoers, it muddies that with addendum regarding how the officer executed the spraying. Still, facts are facts: The pepper spray was allowed.

But that doesn’t really make sense. Sure, the use of force guidelines (whatever they may say) allow pepper spray in a situation where, presumably, an officer feels threatened. But we’d be curious to know what those guidelines say about a situation that an officer herself caused.

The UMPD investigation found the officers, with their aggressive approach, exacerbated the situation. University President Wallace Loh likened it to bad manners. Mitchell, in his summary report, referenced a lack of diplomacy. According to that report, officers sprayed because they believed a fellow policeman to be in “danger.” Danger that, according again to the report, “did not have to happen.”

This does not add up.

The police officers responding to the Courtyards party that night were doing their job — an important job that without, we could not enjoy the level of security we often take for granted. It’s the importance of that job, the honored and serious place police officers hold in society, that allows us to hold them to a “very high standards of conduct and accountability,” as the report spells out. We have to. They’re the proverbial arbiters of justice. They’re supposed to be better than us.

But when a weeks-long investigation finds that on-the-job behavior failed to meet these standards, it’s a bit disappointing to read further and find that civilians were still in the wrong.

We won’t pretend to know what happened. None on the editorial board are police officers. None of us were at that party. But we have read the report and statements from parties involved. When “overall conduct unbecoming an officer” begets use of force, there is not accountability, only dubious conclusions further persecuting a group of vulnerable people that law enforcement is sworn to protect.