Burn our bridges to fossil fuels 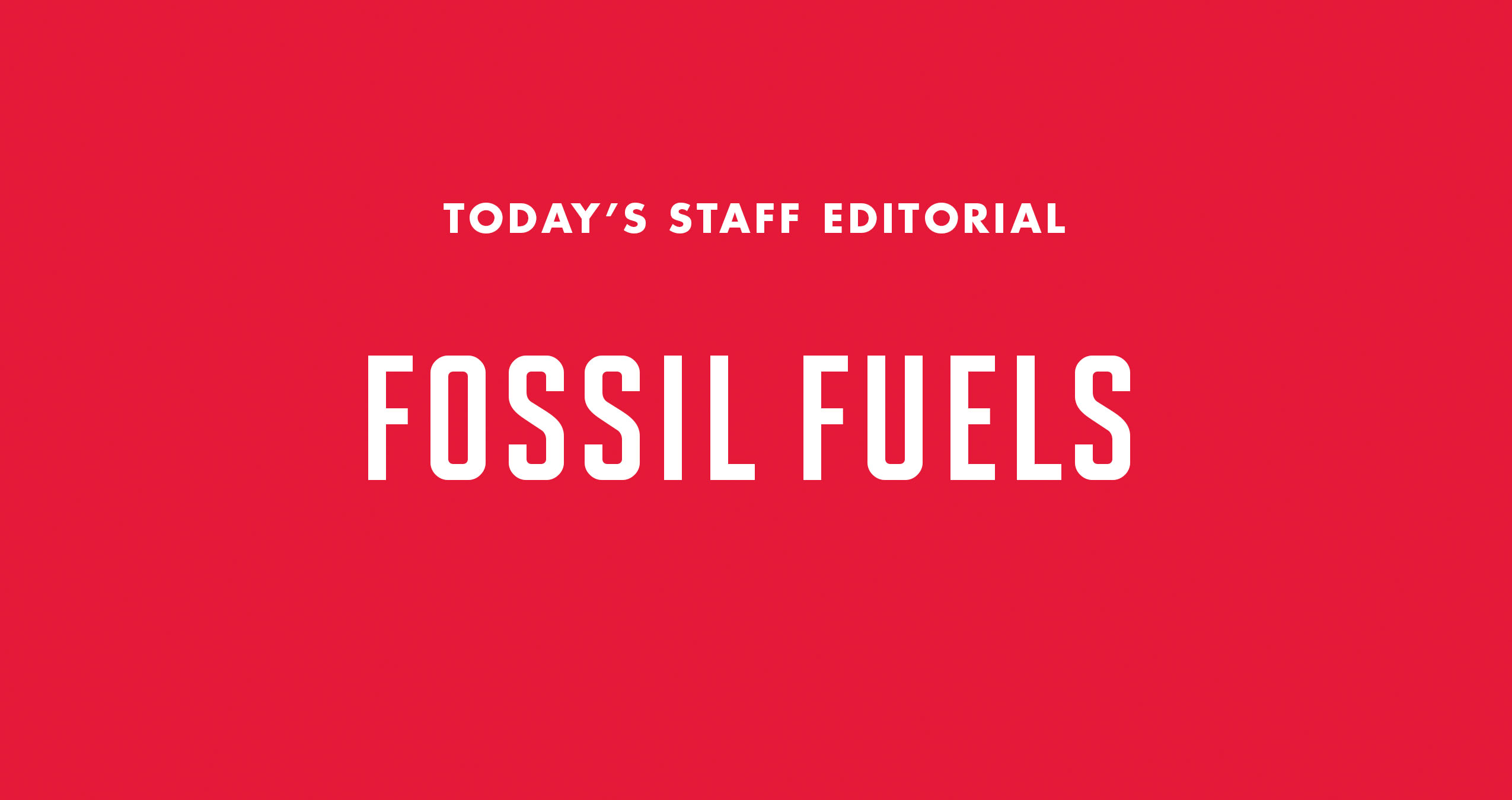 In case anyone forgot, Earth Day — a day that emphasizes the importance of our planet’s well-being — was less than two weeks ago. The day is supposed to keep us conscious of our planet’s increasingly delicate state and decreasing fossil fuel supply.

At the rate humanity is using this planet’s fossil fuel resources, we are looking at a total worldwide depletion of oil by the year 2052, gas by 2060 and coal by 2088, according to CIA World Factbook statistics.

In an effort to encourage this university to divest from fossil fuels, the Student Government Association’s Student Sustainability Committee hosted a march from Stamp Student Union to the Main Administration Building this past Friday.

This isn’t the first time the SGA has pushed for this cause, as it unanimously passed a bill in November urging the University System of Maryland Foundation to divest from fossil fuels within the next five to 10 years.

This editorial board agrees with the SGA that this university should start considering cleaner forms of energy investments and eventually divest in fossil fuels for moral and financial reasons.

The SGA Sustainability Committee estimates that this university system has about $70 million invested in fossil fuel companies, money that would be better suited for investments in solar, wind, geothermal and hydroelectric power. University researchers are also currently developing innovative biofuel energy sources as a potential means of sustainable energy.

The cost of producing renewable energy has fallen dramatically over the past five years, narrowing the cost-efficiency gap between renewable energy sources and fossil fuels, according to the International Energy Agency.

Germany and England have already found that wind energy is the cheapest way to produce electricity, even without government subsidies.

It is becoming more evident that renewable energy will eventually be the environmentally friendly and financially savvy choice.

Fossil fuel divestment is the logical long-term decision, especially for a university that prides itself on sustainability. It’s hypocritical for the university to profit off nonrenewable fossil fuels that contribute to pollution and climate change while promoting sustainability on the campus and identifying as a green campus.

Clearly this university has been doing admirable work toward creating a sustainable campus, as it ranks among the top 20 greenest schools in the country, according to The Princeton Review. But there’s still work to be done.

University President Wallace Loh asked the campus community via Twitter last week, “How can we make campus even more sustainable?”

This board believes fossil fuel divestment is the answer.