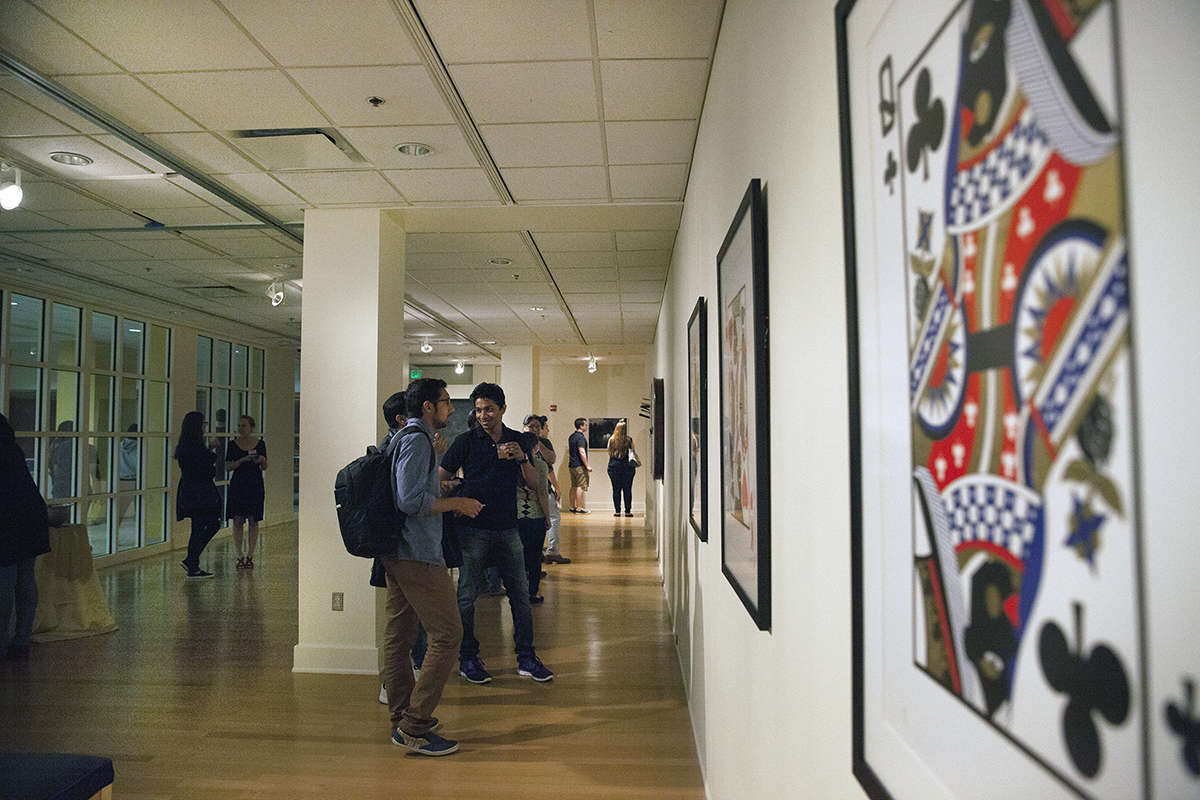 Walking through Stamp Student Union, students take notice of the eclectic artwork that lines the walls. Many of them probably don’t know that their fellow classmates are responsible for the acquisition of those works.

Through the university’s Contemporary Art Purchasing Program, operated by the Division of Student Affairs, undergraduate students – and sometimes the occasional graduate student, too – are able to add new art to Stamp’s permanent collection.

Every other year, the program, which works on a biannual schedule, assembles a small committee composed of students who spend two semesters “researching, discussing and purchasing artwork by emerging and established contemporary artists,” according to its official website.

The program, which completed its first cycle in the 2006-2007 academic year, celebrates its 10th anniversary this year.

According to Wichmann, the program selects between five and six students out of a pool of approximately two dozen applicants.

And the program doesn’t accept only studio art and art history majors, or individuals with extensive previous experience in art acquisition.

“Part of the mission of CAPP is to draw students … with diverse academic perspectives,” Wichmann said.

In the fall, students on the committee enroll in a special three-credit, 400-level class about art markets and collecting, as well as meet with an adviser once a week to learn about art conservation, discuss how best to build on the strengths of Stamp’s existing collection and begin to research different artists and galleries in the area, according to Wichmann.

“They’re trying to get a full sense of the way art is bought and sold,” she said.

In the spring, they enroll in a one-credit class that involves visiting art studios in galleries in Washington, D.C., Baltimore and New York City. The students build a list of potential purchases and then, aided by an advisory board of art experts pulled from both the campus and the regional art community, consult the budget and ultimately choose a few pieces of art to purchase and add to the collection, according to Wichmann.

Korey Richardson, a senior studio art major, participated in the program during its 2014-2015 cycle.

“I want to become an artist and that’s why I was interested,” Richardson said. “It was a really good learning experience.”

Richardson went on to curate an exhibit of his own at the Stamp Gallery over the summer that included student art inspired by the committee’s most recent acquisitions. He is also in the Department of Art’s Honors Program and is involved in curating at The Herman Maril Art Gallery located in the Parren J. Mitchell Art-Sociology Building.

“There are so many opportunities in art and I just hope more people like myself, who are interested in art, take advantage of them,” he said. “It’s been a great experience.”