A year after its collapse, contractors will replace pedestrian bridge 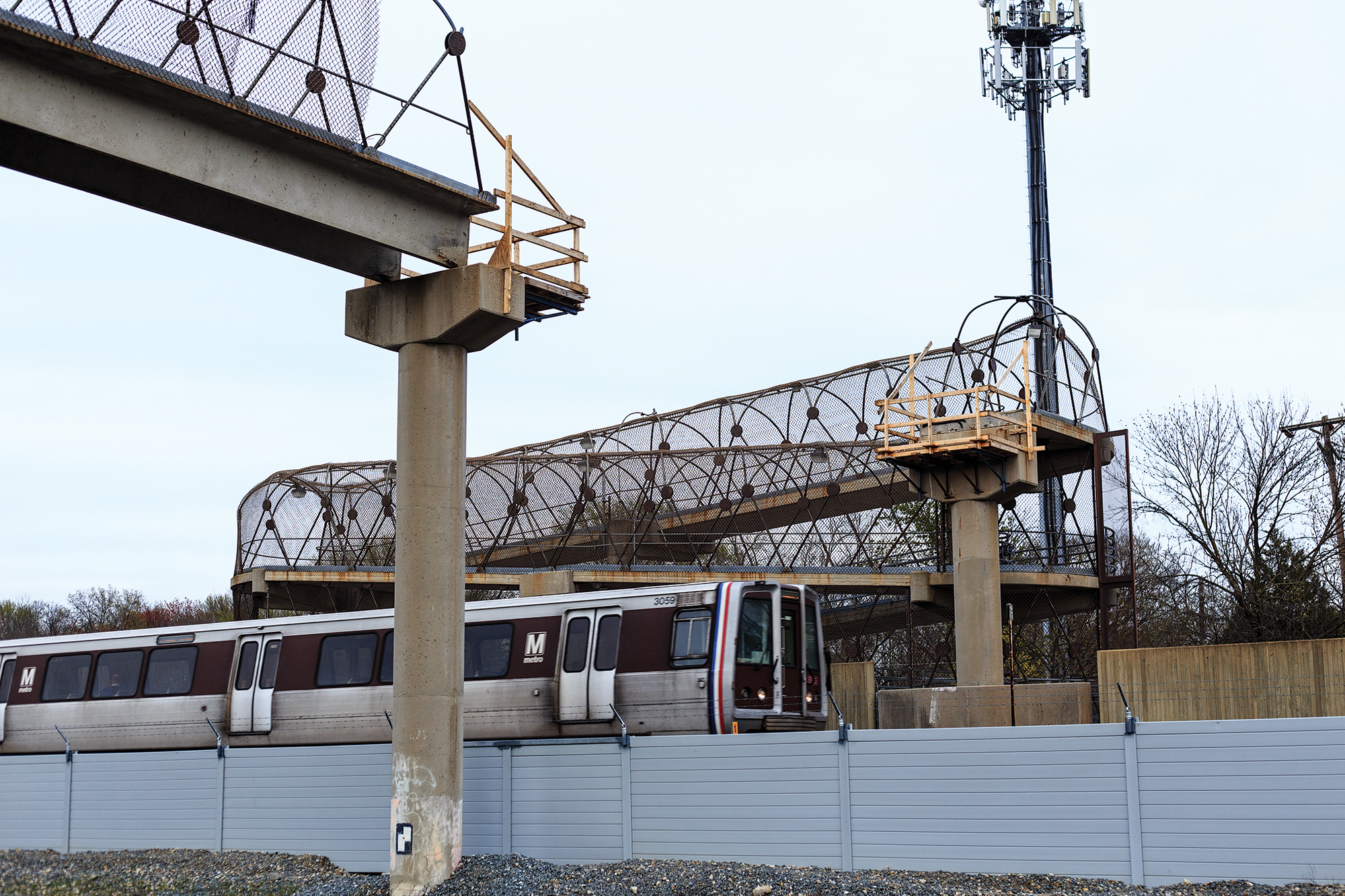 Ian Rowe, a College Park resident and alumnus of the University of Maryland, said he ran to Lake Artemesia every week until the pedestrian bridge that connected College Park with Berwyn Heights collapsed.

“I’ve only been there probably three times since it happened a year ago,” Rowe said.

Construction of a replacement for the pedestrian bridge that collapsed onto Metro tracks a year ago this week — April 15, 2015 — is set for April 24, relieving traveling inconveniences for those who once used it, Berwyn Heights Mayor Jodie Kulpa-Eddy said.

The Green Line will be closed during the installation process, but Kulpa-Eddy said the construction will hopefully occur during off hours or at night.

The contractors are set to complete the installation that weekend, but the bridge will not be open to the public until fencing and electricity are installed and inspected, she said.

The bridge served as the most convenient way to get from one side of the metro tracks to the other, College Park District 1 Councilman P.J. Brennan said. The replacement will connect the two cities again and provide residents with access to businesses and recreation areas, such as Lake Artemesia.

“It’s really disengaged, sort of an essential middle link for those who are walkers or bikers,” said Aaron Marcavitch, the executive director of Anacostia Trails Heritage Area.

Rowe, who lives in North College Park, said the alternatives to the pedestrian bridge — a thin sidewalk along a major road and an underpass — are too far out of the way for him.

The bridge collapsed when heavy equipment used by one of the Washington Metropolitan Area Transit Authority contractors, Skanska, damaged the bridge. Since then, Kulpa-Eddy said, there have been delays in getting the bridge replaced.

Insurance issues between WMATA and Skanska, a change in the concrete manufacturer and concerns over shutting down the Green Line at popular times, such as during the Cherry Blossom Festival, all contributed to further delays. In addition to the concrete that needs to be replaced, new fencing and lighting must also be installed, Kulpa-Eddy said.

In a January Washington Post article, Metro spokesman Dan Stessel laid some of the blame on delays from Skanska, a global construction company.

“They’ve made a number of commitments as to a date, and those dates have come and gone,” Stessel told The Post. “We are not happy.”

College Park Mayor Patrick Wojahn said the lack of a replacement bridge has adversely affected both residents and businesses.

People who live in Berwyn Heights and work on the university campus used the bridge to commute, he said, and residents have less access to businesses in the commercial district of Berwyn, such as Fishnet, a local restaurant.

“People have had to change their lives around because of that bridge not being there,” Wojahn said.

Though Brennan and his husband used to walk their dogs around Lake Artemesia every day before the bridge collapse, he said a number of residents “haven’t been frequenting that side of the train tracks” now.

The underpass in the Lakeland community is often muddy, he said, and there is only one way to get in and out of it.

“Once you go over to the other side, it’s a pretty big commitment to do the full walk of the lake,” he said.

Eric Olson, executive director of the College Park City-University Partnership, said the bridge was — and could again be — the best and most reliable route for pedestrians and bikers.

“When I was a graduate student and I lived in Berwyn Heights, I rode my bike over that bridge all of the time to get to campus,” Olson said. “I mean, that was 20 years ago, but still I know that it’s well-used. Every time I [was] down there there’s somebody crossing.”

CORRECTION: Due to an editing error, a previous version of this story stated residents have less access to businesses in the commercial district of Berwyn Heights, such as Fishnet. Wojahn was talking about the College Park neighborhood Berwyn, where Fishnet is located. The article has been updated.