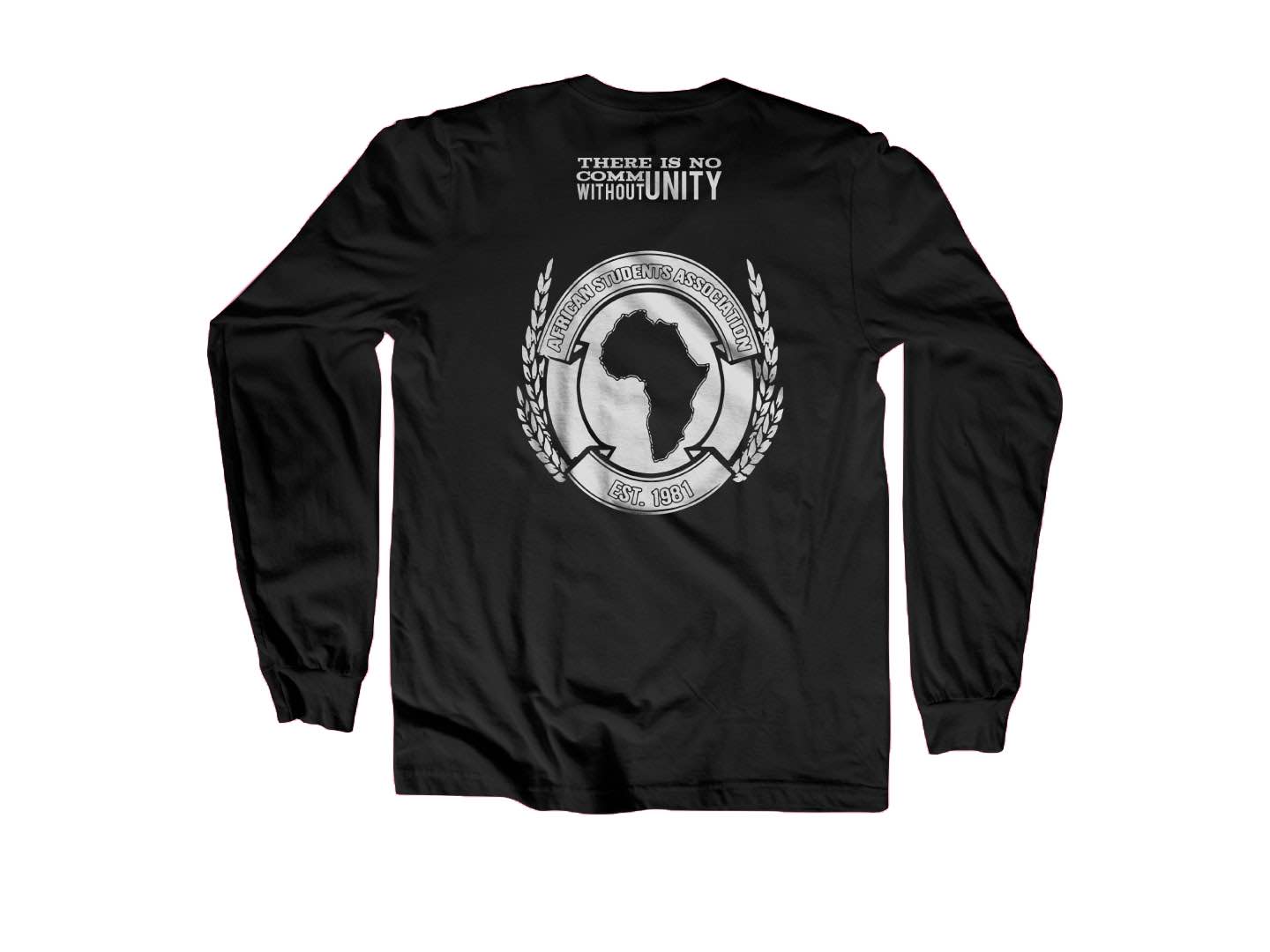 Many months ago, while riding a late-night shuttle to the Enclave, Kenneth Geh spoke to his friends about a collaboration he and a few other members of the African Students Association were working on. He pulled out his phone and passed it around to show off pictures of the long sleeve T-shirts they had created with one of the most prevalent brands on the campus, The Hyyer Life.

“Yo, those are dope!” said one of the friends.

The brainchild of university alumni Malachi Fuller, The Hyyer Life was born four years ago, an acronym that stands for “Have Your Years Earned Revenue?” The brand started with only a promotional T-shirt, a gray base tee that featured its now-signature “H” logo on the left chest and the hand-written “The Hyyer Life” print on the back.

Shortly after this, Fuller brought Najee Williams, a senior agricultural and resource economics major, on board as the chief designer of the company. Williams and Fuller both recognized the potential of the former’s skill set as a talented illustrator who could “put things down on paper really quickly,” Williams said.

Around this time, the company first partnered with the Fillmore Brand Ambassadors to conduct a ticket giveaway for shows at its Silver Spring venue through The Hyyer Life’s Instagram page. Since then, the company has been able to give away tickets for performances by the likes of Curren$y, Wale and Migos.

Within a few months, the company released an additional promo tee with a print of this state’s flag in the “H” chest. Much like Under Armour, The Hyyer Life aims to pay homage to its hometown through design.

“We want Maryland to be the focal point of The Hyyer Life and expand from there,” Williams said. “It was created in College Park.”

For that reason, the company often allows online orders to be delivered via local pickup, which entails that the consumer “link up with us and we’ll just hand it to you as opposed to shipping it out.”

A long-sleeved version of the state-themed tee was the next product to roll out. The members of The Hyyer Life were able to work out a partnership with Eppley Recreation Center to sell the long-sleeved tees in the gym. Although they are no longer being sold in the gym, they are still available online.

The Hyyer Life then featured the 2013 Maryland women’s basketball team in the promotional photo shoot it organized for the long-sleeved tees. The photographs proved to be a networking opportunity for the brand after they were posted online. The company then started to see a real campus representation of its brand outside of the organization’s leadership’s own friendship groups.

“Malachi once saw a guy in the library who had [one of our shirts] on just because he liked it, and that was a really cool experience for us,” Williams said.

In conjunction with the launch of its official website, the company came up with its INTL (pronounced “International”) Collection, which has “The Hyyer Life” written on it in a variety of languages including English, French, Arabic, Chinese and more. It comes in a cranberry and cream color combination for the tee and a light gray for the hoodie.

Williams considers every new release the company makes as a “step-up.” The next step it made after the INTL tees was its Conscience Tee, its first attempt at a shirt with an all-over print.

“We worked with a guy named Mbari, an aspiring artist and friend of Malachi’s,” Williams said. “He came up with this portrait and it started out as just this design.”

Fuller then decided to take that print and turn it into a T-shirt design.

“That whole process was a little bit difficult, because you don’t really know how an all-over print is going to look until you get it,” Williams said. “We got the first initial sample and weren’t that satisfied with it.”

Consequently, the company had to get the Conscience Tee actually cut and sewn, manufactured with very soft fabric. The response was so positive that it released the design on a pillow as well.

A few months ago, the company’s second most recent unveiling came when it noticed a gap in the image of its market. While brainstorming on the next move to make in the streetwear industry, the company realized that through the logos, patchwork and machine-made rips, there was something obviously missing: tie-dye.

With no knowledge whatsoever of how to tie-dye material, Fuller sought a business partner to aid them. He came across senior marketing major Fei Mancho, who at the time was advertising for her pop-up shop in a local Urban Outfitters.

“I’ve never seen tie-dye done that well to that extent, especially with the color blends that she does,” Williams said. “And when we found out she went to Maryland that motivated us even more to want to work with her, because we always try to build up that sense of community of working within Maryland.”

Around this time, The Hyyer Life was receiving an influx of requests to create something specifically for women. Thus, on top of a regular tee, they decided to incorporate crop tops into the line for the first time.

They brainstormed color palettes together, Williams manipulated and scaled a mountain image for the logo and then the shirts were produced, each and every one hand-dyed. The Arabic version of “The Hyyer Life” print was also something the company hadn’t done before, and saw a gap for in the urban image.

“Fei really brought the design to life, because without the tie-dye, it would just be a shirt,” Williams said. “She blended the color palettes seamlessly. Her hand-dying looks like the equivalent of mechanical.”

All of these steps led up to the company’s newest and perhaps most recognizable collaboration with this university’s ASA. Those Stussy-style baby blue and black shirts that exhibit the “There is no community without unity” slogan on the back are the result of a few months of collaboration between The Hyyer Life and ASA members.

Fuller, before graduating, had many friends who were members or actively involved in the ASA. Through those relationships, they linked up for a collaboration to represent the community and came up with the concept: “There is no community without unity.”

“What we wanted to do was really represent the togetherness of the Maryland campus, and just working together as student organizations,” Williams said.

Now the shirts can be seen all over the campus and have sold out completely online.

The Hyyer Life’s next move involves a lot of cross-country communication. Fuller graduated last spring and moved to California, leaving a great deal of the state-oriented side of the company to Williams. The company is now focusing a lot of energy into building a following on the West Coast while maintaining the network it has here.

As for the company’s next step, Williams expects it to turn international and wants a flagship store in the coming years. Nevertheless, whether in conversation among friends on the bus or in the tie-dye shirts that move directly from person to person, The Hyyer Life will continue to grow from this campus.