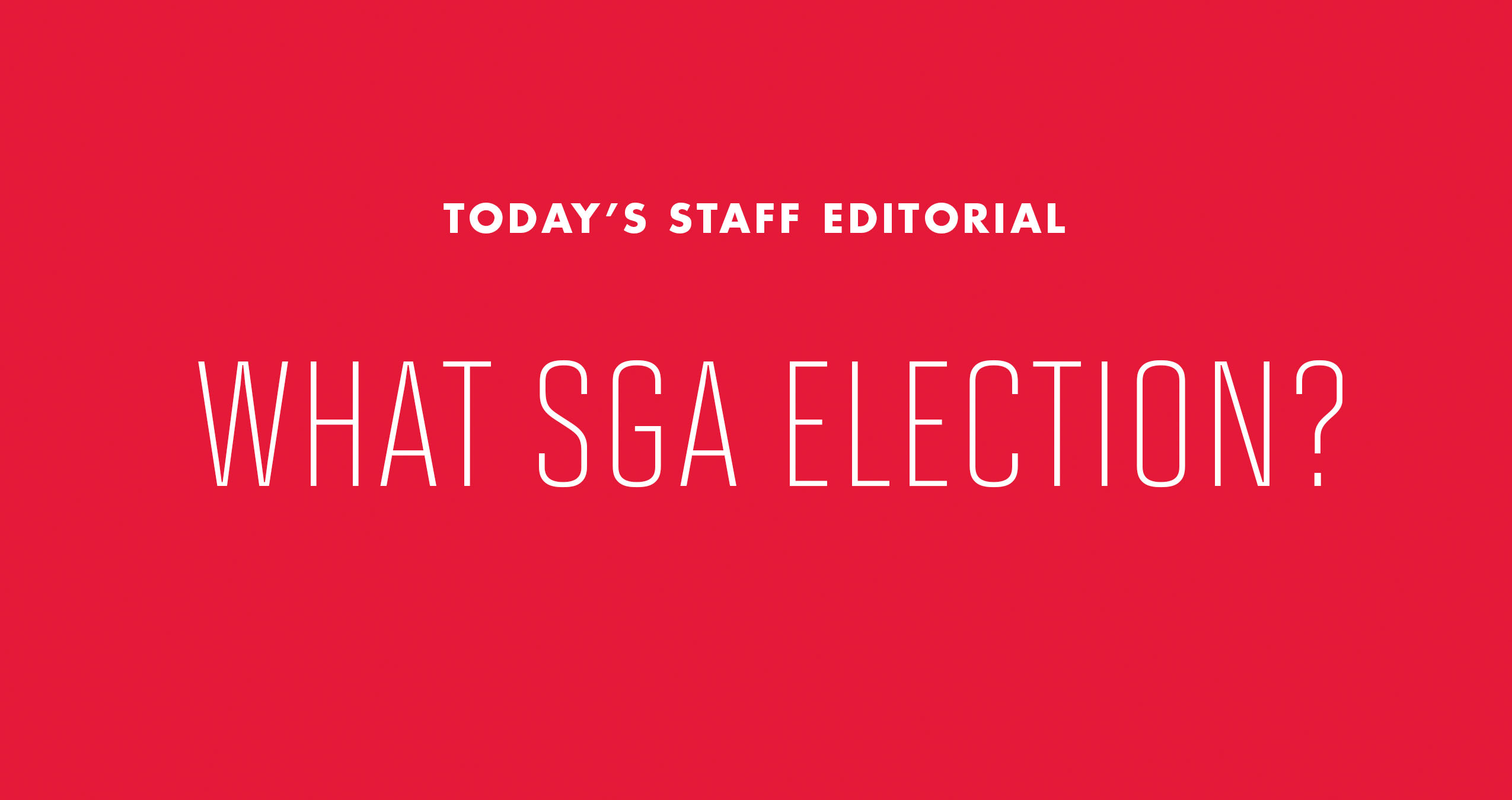 As things stand, this year’s SGA elections will feature a grand total of 29 candidates, all from the same party. No races will go contested, and 11 of 40 legislative and executive positions up for grabs won’t even have a single eligible candidate.

Campaigning began yesterday, but what’s the point? Unless their hot-button issue lies with drumming up applicants for unfilled positions — the Student Government Association will appoint representatives itself as needed next academic year — candidates have little reason to hit the trail. Each only needs one vote to win, and they’ll all presumably vote for themselves.

But this year’s elections could very well see historical lows at the virtual voting booth, and in a decidedly undemocratic process, more than 25 percent of next academic year’s SGA assembly will be appointed instead of elected.

It’s not as though this year’s assembly has done itself any favors, either. The SGA did not publicize the candidacy filing period via its Twitter account, and a March Facebook event titled “Learn More about 2016 SGA Elections” involved fewer than 200 invited guests. Even the organization’s website — located after a Google search amid a sea of inactive Web pages formerly associated with the SGA — failed to effectively publicize information about the elections, especially related to filing for candidacy.

In an even more confusing turn of events, J.T. Stanley, leader of the Voice Party and a presumed presidential candidate, missed both a March 25 deadline to file for candidacy and register his ticket, rendering most of his party unable to run. One student who registered independently later dropped out, and Stanley’s appeal to the Election Board proved unsuccessful.

Stanley alleged that the board had committed violations of multiple administrative documents and “applied a double standard in their discretion,” but what the situation boils down to is a mind-boggling lack of professionalism exhibited by the board, Voice Party leadership — namely, Stanley himself — and the SGA at large.

The SGA’s lobbying and legislative efforts mean nothing if the body doesn’t represent its constituents. For the past two months, the SGA has fallen short in its promotional efforts and outreach. This time around, there’s no reason to get out the vote.