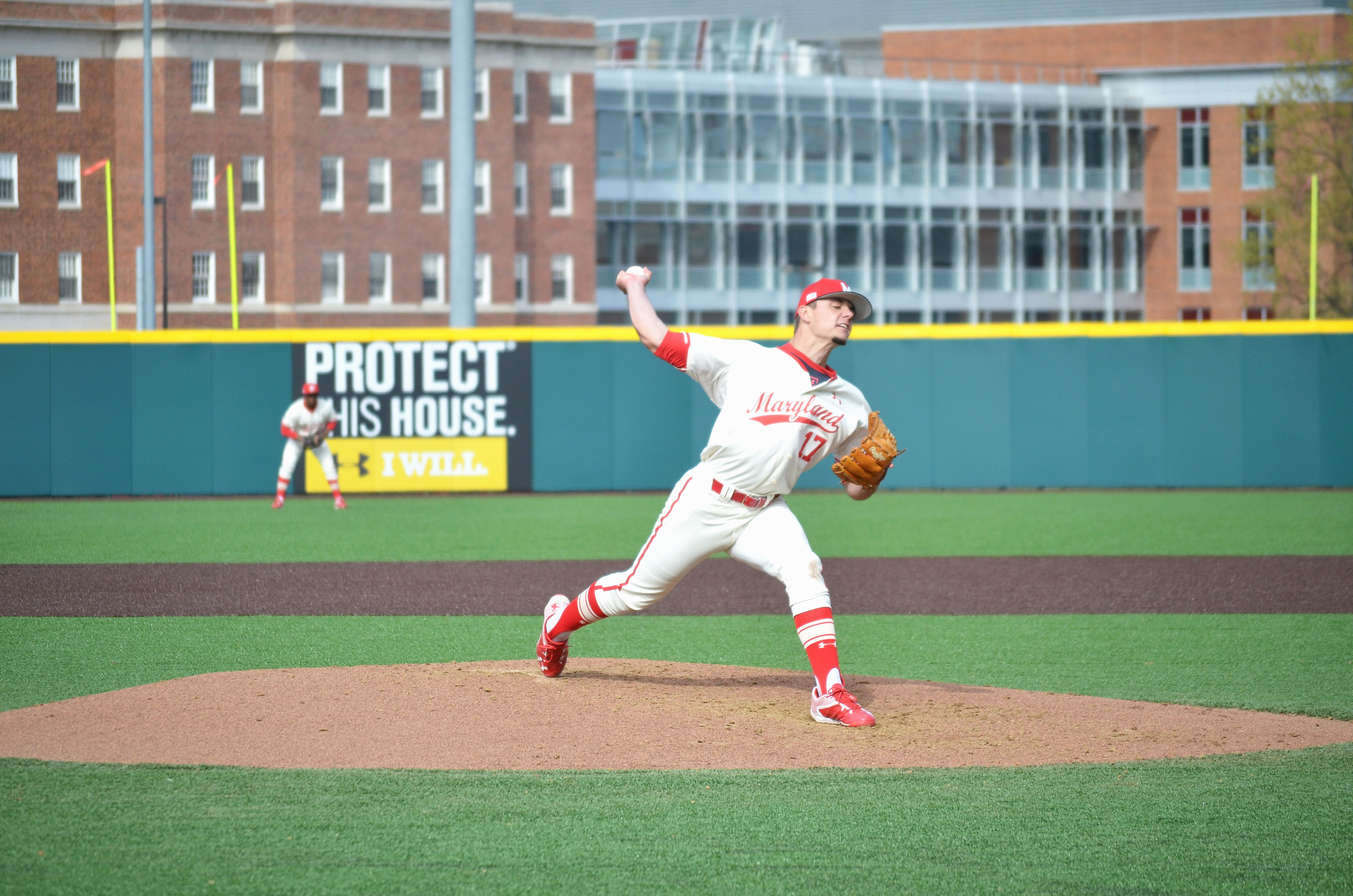 Maryland baseball rookie right-hander Hunter Parsons has been named the Big Ten Freshman of the Week after his dominant start in Wednesday’s 5-2 win over James Madison at Bob “Turtle” Smith Stadium.

Making the second start of his career, the Fruitland native went seven innings while allowing just one run on two hits and a walk. He struck out four batters during the outing. Parsons’ lone blemish came in the second inning when catcher Zach Tondi took him deep.

In seven appearances this season — his other start came March 30 at VCU — he’s posted a 3.77 ERA. He’s struck out 12 batters in 14.1 innings while holding opponents to a .222 batting average.

Maryland only plays one midweek game this week, so it’s unclear if Parsons will have a chance to make his third career start. The Terps’ lone game is Tuesday at Richmond, and left-hander Tayler Stiles has received the start each of the past three Tuesdays.