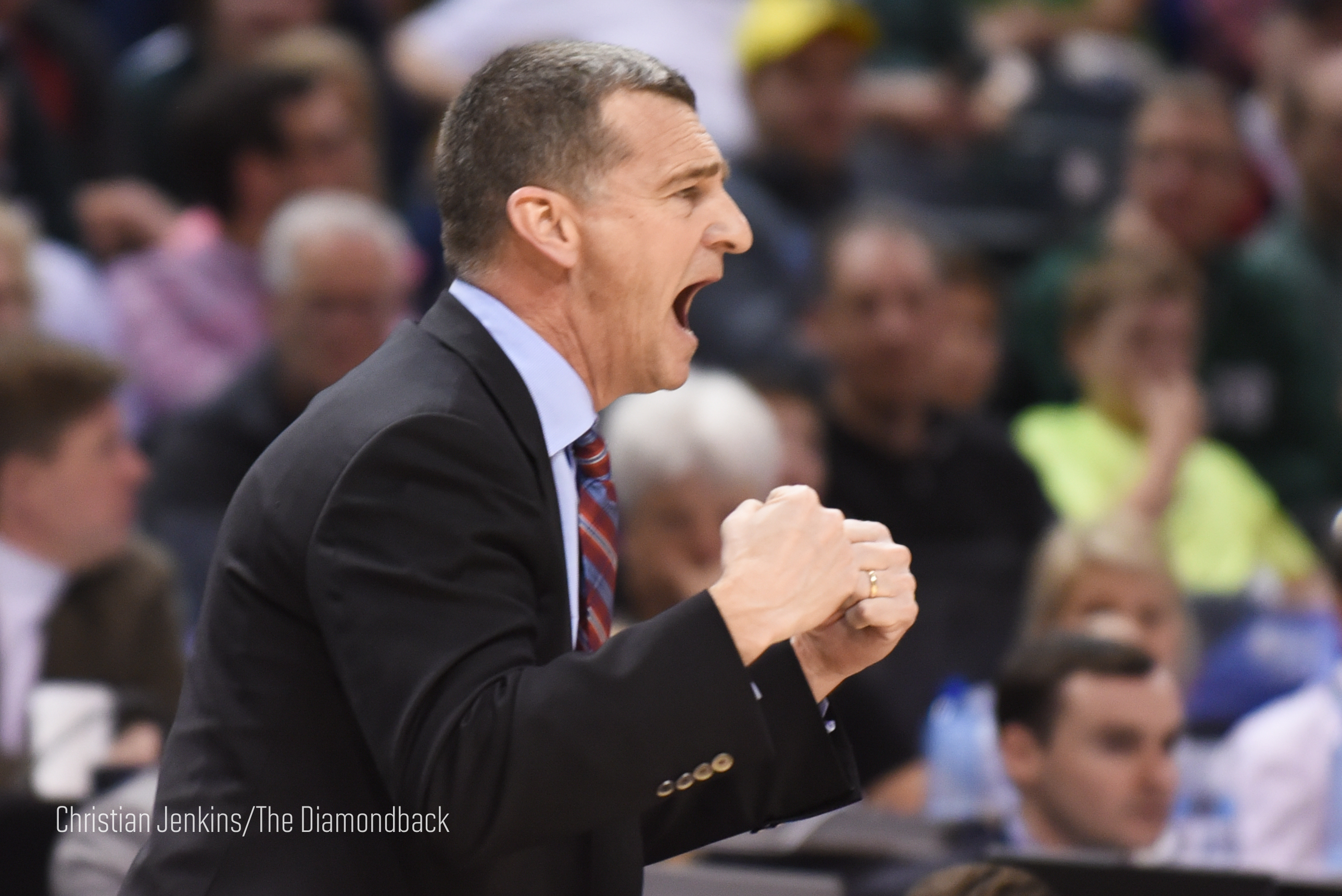 Head coach Mark Turgeon cheers his team on in the final minutes of the game when the Terps lost to Michigan State, 64-61, in the Big Ten semifinals at Bankers Life Fieldhouse in Indianapolis on Mar. 12, 2016. (Christian Jenkins/The Diamondback)

Terrapins men’s basketball coach Mark Turgeon has been named to the 2016 USA Basketball Men’s U18 National Team coaching staff, according to a release. He will serve as an assistant coach with Connecticut’s Kevin Ollie and work under Texas’ Shaka Smart.

Turgeon will help lead the U.S. at the 2016 FIBA Americas U18 Championship, which is held in in Valdivia, Chile from July 19-23. The top four teams earn a qualifying berth in the 2017 FIBA U19 World Championship.

The fifth-year Terps coach has led the Terps to the NCAA Tournament the past two seasons, including the Sweet Sixteen this past year. He helped the Terps set a program record with 26 regular-season wins in the 2014-15 campaign.

“I’m really excited and appreciative of this opportunity to be associated with USA Basketball and the U18 national team,” Turgeon said in a statement. “I have a great deal of respect for Shaka Smart and Kevin Ollie and look forward to working with them and a talented group of players.”

Turgeon has past U.S. coaching experience. This past summer, he worked as a court coach at the 2015 U.S. Pan American Men’s Basketball Team training camp. Sophomore guard Melo Trimble was on that team, as well.

He joins two college coaches who have reached the Final Four. In 2014, Ollie led UConn to the national championship while Smart led mid-major VCU to the NCAA semifinals in 2011.

“Coach Smart and assistant coaches Kevin Ollie and Mark Turgeon are very successful head coaches at the college level, and the USA team will be completely prepared to compete for the gold medal,” Jim Boeheim said in a statement. He’s the chair of the USA Basketball Men’s Junior National Team Committee, which selected the USA coaching staff.